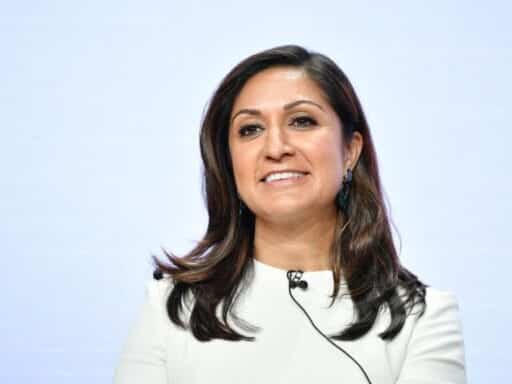 Meet the moderators of the sixth Democratic debate.

Journalists from PBS NewsHour and Politico will tag-team the moderation of the sixth Democratic debate in Los Angeles on Thursday. The debate, which features the smallest slate of candidates yet, will be shown on PBS as well as the PBS and Politico websites.

The four journalists are slated to moderate a debate among the seven Democratic presidential candidates who’ve met the December qualification requirements. To qualify this time around, the candidates needed to hit at least a 4 percent polling threshold in four DNC-approved polls, or 6 percent in two early-state polls. They also had to bring in donations from 200,000 people.

Until earlier this week, it was unclear whether the sixth debate would take place, as all the candidates said they might not attend it. They voiced concern over a dispute between the Unite Here Local 11 union representing cooks, dishwashers, cashiers and servers, and Sodexo — a food services company — that was happening on the Loyola Marymount University campus. Since then, however, the union has reached a tentative agreement with Sodexo, and the debate is slated to proceed as scheduled.

Given how quickly the early Democratic primaries are approaching, this debate could be pivotal for candidates seeking to make a last-ditch impression on voters. Polling between the November and December debates has remained relatively consistent, with former Vice President Joe Biden, Sen. Bernie Sanders, Sen. Elizabeth Warren, and South Bend, Indiana, Mayor Pete Buttigieg comprising the top tier of candidates.

Thursday’s moderators are expected to suss out further differences between the candidates on issues including health care, student loan debt, and high-dollar fundraisers. All four journalists have backgrounds covering national politics in different capacities:

The Democratic National Committee has made a commitment to increasing the diversity of debate moderators this cycle, and has mandated that at least one person of color and one woman serve as a moderator in every debate.

Given how historically white and male the debate space has been, greater diversity among moderators has been a priority for advocacy groups, including NARAL, Emily’s List, and Color of Change.

In an open letter this spring, the groups urged media outlets and other organizations to ensure that at least 50 percent of the moderators running the debates would be women and at least 50 percent would be people of color. UltraViolet, an organization dedicated to gender equity, spearheaded the letter, which also called out sexism in political media coverage writ large.

Thus far, the DNC has lived up to its pledge, beginning its debates in Miami with a diverse group of moderators. December’s debate will continue that trend: Of the four moderators, two are people of color and three are women.

Trump to meet with House Republicans Tuesday on immigration
Why the internet (probably) won’t break during the coronavirus pandemic
Secretary of State Mike Pompeo blames Iran for attacks on oil tankers
11 movies that confront American racism
Vox Sentences: an anti-Semitic attack at Hanukkah
Why the US is one of only a few countries with no paid time off