Pimple patches are everywhere, but do they work? 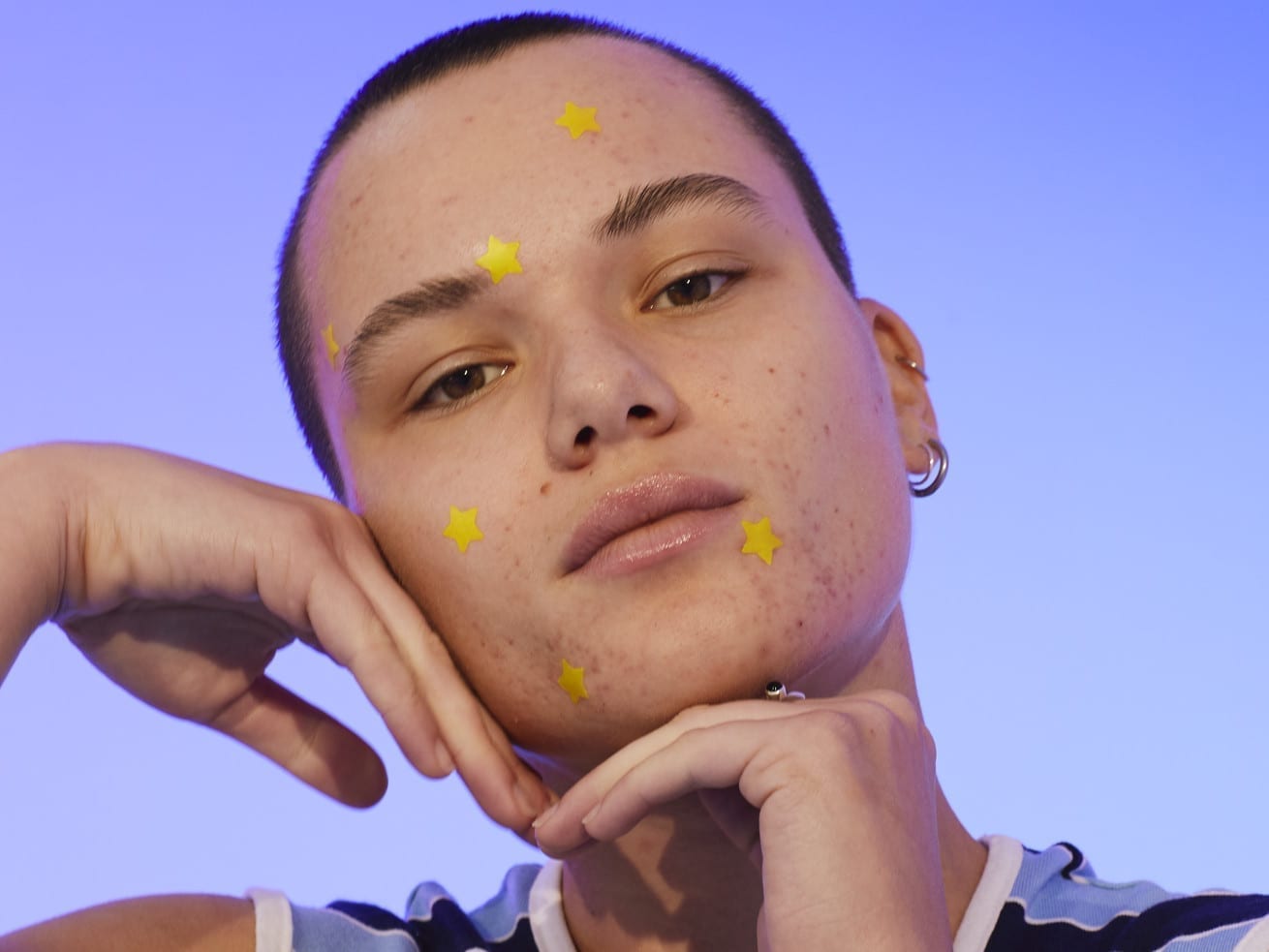 Every decade or so, we seek out a new quick fix for acne —  tiny stickers that suck gunk out of pores are the latest.

Amazon’s best seller lists arguably provide a better snapshot into consumers’ psyches and raging pop culture trends than any analyst, trend forecaster, or influencer ever could. They’re updated hourly, providing a real-time, fascinating look into what lots of people are buying.

At the time of this writing, five of the top 100 best sellers on Amazon’s beauty and personal care best seller list are acne patches. There are hundreds of thousands of beauty products, so one single product type taking up 5 percent of the largest internet retailer’s best sellers seems significant. There are pages and pages of them for sale on the site.

Google backs up shoppers’ interest in this category, with searches for “pimple patches” spiking in the past year. Retailers at all price points, from Target to Neiman Marcus, carry them now. Proponents evangelize them, even though their utility is actually pretty limited in many types of acne. They are exactly what you might guess: bandages — sometimes medicated, sometimes not — that you apply directly to pimples to make them go away. Some are meant to be as unobtrusive as possible, while the newest iterations come in impossible-to-ignore cute shapes and colors.

More than 50 million people a year deal with acne, according to the American Academy of Dermatology, and it affects people from puberty to beyond perimenopause. Living with acne can be stressful, and multiple studies have demonstrated the negative effect it has on self-esteem. It’s very difficult to treat, usually requiring different types of therapies and often a doctor’s visit and prescription medications. So it’s no surprise that consumers have always sought out quick, easy, and inexpensive ways to treat breakouts in a pinch. Savvy marketers are happy to provide options.

“When it comes to acne and skin care, everyone wants a seat at this table now because it’s such a lucrative table to be sitting at. If there’s a place for someone to shove in a new product for skin care, they’re going to do it,” says Dr. Rachel Nazarian, a dermatologist in New York City.

Every era has its trendy over-the-counter acne treatments, high on promise but ultimately unable to deliver long-term, permanent results. In the ‘80s and ‘90s it was Oxy10 and Stridex pads, medicated ointments and wipes that can help treat breakouts but are also incredibly drying. Then came that pink Mario Badescu drying lotion and the Proactiv system, hawked by celebrities like Justin Bieber and Britney Spears on late-night TV. Now we have pimple patches, which started becoming widely available in the US in 2015. This is the same time Dr. Sandra Lee, aka Dr. Pimple Popper, the dermatologist who attracts millions of people to videos of her extracting large amounts of goo from people’s pores, started becoming popular. Pimple patches are the perfect tool for a generation that is not squeamish about what comes out of their zits.

Pimple patches are made of hydrocolloid, a squishy, plasticky material used in wound healing bandages in hospitals. It’s been around since the 1980s and first became popular in ostomy care. You may recognize hydrocolloid from those blister pads you can buy at drugstores. The material absorbs fluid from a wound, forming a gel that gets trapped in the bandage, turning the area of the bandage white.

Hydrocolloid can help speed healing by keeping the underlying area moist, a key tenet in wound-healing. “It’s almost miraculous,” says Dr. Gary Brauner of the technology, the chief of dermatology at Englewood Health in New Jersey, though he’s skeptical of it for long-term acne treatment.

That’s because in order to work, hydrocolloid patches require an open, oozing lesion. Most acne, unless you’ve picked or popped it, is not that. Brauner does concede that they could be helpful as a barrier to keep you from picking. Picking is something every dermatologist pretty much agrees is bad because it can cause scarring and infection.

Pimple patches won’t do anything for blackheads, deep cysts, or whiteheads that aren’t oozing. And while they can help a lesion that you’ve picked at heal more quickly, according to Nazarian, they do nothing to prevent acne. At best, they might work on a small percentage of pimples, temporarily.

“These spot treatments should be worked into your regimen not as your primary form, but as your back up,” says Nazarian.

But that has not stopped the proliferation of brands, products, and enthusiastic reviews. As a flagrant picker, I’ve found that they speed healing time, flatten out blemishes to make it easier to apply makeup, and generally discourage more facial gouging. When I asked informally on Twitter for people’s experiences, I got responses like “essential” and “can’t live without them!” though one person said “HATE” and another responded, “They do … nothing for me.”

Acne patches are offered in shapes ranging from small, transparent circles to bright yellow stars and glittery flowers. The acne-specific patches became popular in the early part of this decade, first in Asia. They started hitting US shores in 2012, about the same time the Korean beauty (K-beauty) craze took off here. 3M’s Nexcare brand was popular in South Korean beauty stores and drugstores first. But CosRx, a Korean brand, is generally credited with introducing western consumers to the concept.

Charlotte Cho, the founder of K-beauty e-commerce site Sokoglam, was one of the first retailers outside of Amazon in the US to carry CosRX’s patches. She recalls first being exposed to pimple patches when she worked in Seoul in the early 2010s as an expat, where she saw people wearing them out in public. The CosRX patches, which cost $5 for 24, have been the site’s bestseller for years. They were also number one on Amazon’s beauty list for a chunk of time, before the onslaught of competitors and copycats.

Then the gooey hydrocolloid floodgates opened. Mighty Patch is one of the brands that found mainstream success, founded by entrepreneur Ju Rhyu in 2017. Rhyu, just like Cho, discovered the technology when she was living in South Korea.

“In the US, at Walgreens you’d find [these products] in the bandaid section. I had a hypothesis that if I take this product category and I position it as a beauty product, I think it could do really well.” She says the brand sold out on Amazon in three months after the launch. Mighty Patch, which comes in various shapes and thicknesses, is carried at a variety of retailers, including Target, Neiman Marcus, Goop, and Anthropologie.

In their original incarnations, these pimple patches aren’t medicated, which means they don’t cause the dryness, flaking, or local skin reactions common with a lot of topical medications. But there are newer versions that are soaked with ingredients like salicylic acid, tea tree oil, and niacinamide. Presumably, manufacturers hope that these will be more active on some of the types of acne lesions that plain hydrocolloid dressings can’t address. Currently the best-selling and highest-rated patch on Amazon is from a company called Avarelle. They cost $8.50 for 40 and are treated with tea tree and calendula oil.

An Australian brand, whose product is the cheekily named Zit Sticka, takes this to an even more extreme level. Its hydrocolloid patches have protruding “microdarts” made up of dried ingredients like salicylic acid and hyaluronic acid. The darts supposedly can pierce the skin and deliver these ingredients deeper into the pimple to help shrink them. (K-beauty brand Acropass was a precursor, calling itself “acne acupuncture.”)

Nazarian remains mostly skeptical but says that in theory these products may be helpful. “Is it a miracle? No. Is it going deep, deep down to the source? No. Are they going to be superior to applying something simply topically? Yes, probably,” she says. Brauner warns that they could cause irritation.

The newest iteration of hydrocolloid acne patches is those that don’t even pretend to hide what they are. Older brands are transparent and thin and meant to be as invisible as possible. But Squish’s version looks like flowers with a jewel in the center, and the newly launched Starface sells bright yellow stars. These are offshoots of the skin positivity movement that has been bubbling up online over the last few years, though the message is a little muddy. Should we be proud of our acne? If so, why bother buying any treatment at all? Or should we just not be embarrassed about treating it publicly? Both, kind of.

“[Starface] de-stigmatizes and distracts and makes having a pimple fun,” says Starface co-founder Julie Schott, a former beauty editor at Elle magazine. She has had acne of varying severity for years. She says she was never embarrassed by it, though she was worried it meant she was bad at her job.

“It didn’t cause me a great deal of insecurity except for in the sense that I was a beauty editor and I felt like a bit of a failure like Why can’t I crack the code? Do people not trust me because I have a breakout? Maybe they think I’m full of shit,” she says. “But there is not a magic bullet and anyone who’s dealt with this knows that.”

Starface stickers cost $22 for 32 stars, which come in a plastic box that looks like a yellow, cutesy anthropomorphized Airpod case. (It sells the “hydro stars” without the case as well.) Both Cho and Rhyu said how cute and clever they think the stars are.

Schott says that other designs and styles will be forthcoming. Knockoffs will be inevitable — at least until the next promising product comes along on Amazon.

Taylor Swift, pop culture workhorse
What comes next for Trump’s impeachment in the Senate
Don’t ask what Martin Luther King Jr. would do today and then ignore his real message
Joe Biden’s win is about to be confirmed again — and again
Data shows social distancing has slowed down the coronavirus outbreak. But what’s next?
Meghan Markle’s fashion line shows how she’s redefining her role as a royal