Poll: Bernie Sanders does well with Latinos — but not in Florida 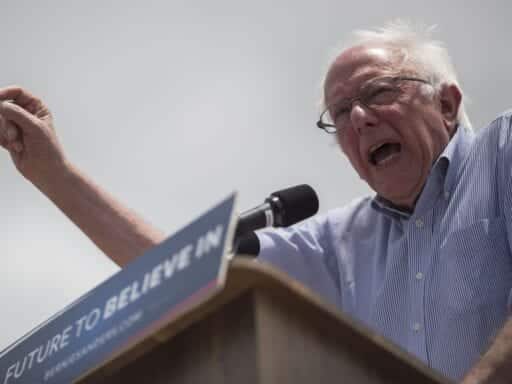 Vermont Sen. Bernie Sanders is the favorite to win the Latino vote in the Arizona primary next week, as he has in several states so far.

But things are different in Florida, where former Vice President Joe Biden is currently besting Sanders among Latino voters by an 11-point margin, according to a Telemundo poll released Wednesday.

The state polls, which were conducted in early March and sampled hundreds of likely voters, show Sanders is preferred by 47 percent of Latino registered voters in Arizona, a state that Democrats are hoping to turn blue in 2020. Biden, meanwhile, has 40 percent of their support. And in a direct matchup with President Donald Trump, a majority said they would support either Sanders or Biden at rates of 68 percent and 72 percent, respectively.

It’s not surprising that Sanders is performing poorly among Latino voters in Florida, a swing state, despite successfully capturing the Latino vote in the Nevada, California, and Texas primary contests. Whereas Mexican Americans made up the vast majority of Latino voters in those previous contests, Florida’s Latinos are primarily Cuban, Puerto Rican, and Venezuelan, and they have different political preferences.

According to the poll, Sanders is performing particularly badly in southeastern Florida, where there is a large Cuban community. Only 19 percent of Cubans — compared to 65 percent of Puerto Ricans — would vote for him in a contest against Trump. And 70 percent of Latino voters in the state said they wouldn’t vote for a candidate who described himself as a socialist.

Cubans are also more satisfied with their health care options than other Latino groups in Florida, a plurality of whom cited health care as their top priority in the poll. That means that Sanders’s signature issue of Medicare-for-all might not resonate with Cubans.

In Arizona, voter preferences play much more in Sanders’s favor. Roughly half of Latino voters say their communities are being “widely persecuted or discriminated against” under Trump and want to “change the direction [he] is leading the nation.”

Sanders has been trying to appeal to Latino voters with a progressive policy platform on immigration, but that isn’t the only issue that motivates them. He has also been speaking to their core interests, including health care and jobs. Starting last summer, he has poured resources into spreading his message, in both Spanish and English, to Latino communities. And he’s hired Latino staff from the grassroots advocacy community and integrated them into every facet of his campaign.

Why Best Picture nominee Sound of Metal resonates
New Woodward audio is the starkest illustration yet of how Trump misled about coronavirus
Vox Sentences: Nicaragua expels the UN
Federal employees are now guaranteed back pay after the shutdown is over
3 key Florida House races to watch during Tuesday’s primaries
Poll: Most freelance workers still haven’t gotten unemployment or government loans