Public health experts worry about Republican resistance to getting vaccinated 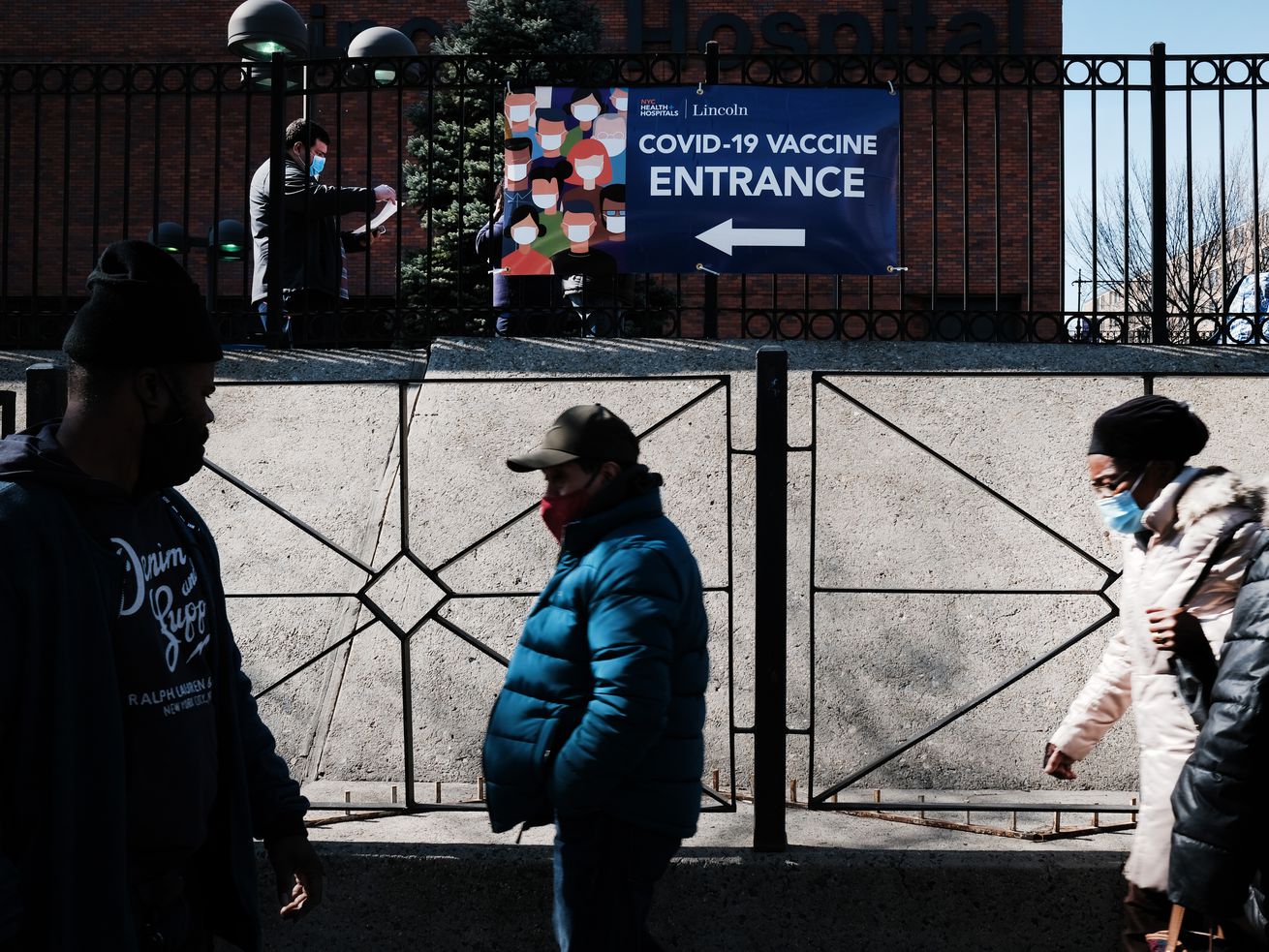 New polling shows a significant amount of hesitancy about getting the Covid-19 vaccine among Republicans.

Dr. Anthony Fauci, the United States’ top federal infectious disease expert, and other scientists, estimate 75 to 85 percent of Americans need to get vaccinated in order to bring the coronavirus pandemic under control — new polling, however, has revealed a major challenge to achieving that goal: Hesitancy to take the vaccine, particularly among Republicans.

Fauci called the reluctance “disturbing” and representative of a line of thinking that makes “absolutely no sense” Sunday on Meet the Press.

But three recent polls suggest a number of Americans — particularly those with conservative leanings — prefer to wait to get vaccinated, or plan to not take the the vaccine at all.

Those findings follow a recent poll from NPR/PBS NewsHour/Marist which found that 47 percent of people who supported former President Donald Trump in the 2020 election say they won’t choose to be vaccinated (versus 10 percent of Biden supporters), as well as a Monmouth University poll released earlier in March that found 59 percent of Republicans either wanted to wait and “see how it goes” before getting vaccinated, or said they were likely to never get one. By contrast, 23 percent of Democrats felt the same way.

WATCH: Dr. Fauci tells #MTP that “it makes absolutely no sense” for vaccine-hesitancy among Trump voters.

Fauci: “What is the problem here? This is a vaccine that is going to be life saving for millions of people. … I just don’t understand.” pic.twitter.com/6gcsCjBTfv

“The numbers you gave are so disturbing, how such a large proportion of a certain group of people would not want to get vaccinated merely because of political consideration,” Fauci said. “It makes absolutely no sense.”

Fauci said during the interview that while new cases of Covid-19 are declining, it would be a mistake to assume life can return to normal without herd immunity, the point at which enough people are immune to the coronavirus that it can no longer easily spread. Experts have noted this is especially important to keep in mind given the rise of particularly infectious variants of the virus like B.1.1.7.

“Even though the decline was steep, we absolutely need to avoid the urge to say: ‘Oh, everything is going great,’” Fauci said. “Don’t spike the ball on the five-yard line. Wait until you get into the end zone. We are not in the end zone yet.”

Due to recent polling, politicians in both parties and public health experts are homing in on Republicans as the largest group of Americans who need to be persuaded to overcome hesitation or opposition to taking the vaccine.

“Vaccines are our only way out of this. If we don’t have 80-plus percent of the population vaccinated before next winter, this virus is going to come back raging,” Paul Offit, a member of the Food and Drug Administration’s vaccine advisory committee, told NBC News. “What worries me is if 25 percent of Republicans say they won’t get vaccinated, that’s going to be hard to do.”

In his first major primetime public address as president, President Joe Biden implored all Americans to “put trust and faith in our government” to protect the American people through its public health programs.

“It’s truly a national effort, just like we saw during World War II,” Biden said, making the case to Americans to get vaccinated and continue to wear masks. “I will not relent until we beat this virus, but I need you. I need every American to do their part.”

Some Republican leaders are trying to find ways to reach out specifically to conservatives. NBC News highlighted Iowa Republican Rep. Mariannette Miller-Meeks’s efforts to convince the hesitant of the vaccine’s safety, and the Washington Post reported Republican pollster Frank Luntz is working with the de Beaumont Foundation to craft pro-vaccine messaging.

But a major issue for Republicans is undoing the damage to public health messaging caused by former President Donald Trump.

While Trump did say, “Everybody go get your shot,” at February’s Conservative Political Action Committee (CPAC) convention, that was the exception to Trump’s rule of bucking standard public health guidance. Trump secretly received the vaccine in January, but that information only came to light in March.

Throughout his presidency, Trump ignored and downplayed the seriousness of the pandemic, and spread misinformation and disinformation about Covid-19. That in turn has contributed to distrust in the vaccine or beliefs that Covid-19 simply isn’t a serious issue among many of his supporters.

During an interview Sunday on CBS’s Face the Nation, Arkansas’s Republican Gov. Asa Hutchinson seemed to pin resistance to getting vaccinated squarely on Trump.

“The poll numbers are troubling, because in Arkansas it’s a very pro-Trump state in terms of the last election, and so we see that resistance whenever we’re opening up eligibility for the vaccine,” he said. “We’re moving through it very quickly because we’re not having everybody sign up to take it.”

Other advocacy groups are also trying to use signals from influential leaders to encourage comfort with the vaccine. The Ad Council and COVID Collaborative released a public service announcement last week encouraging vaccinations and featuring all living former presidents and first ladies — with the exception of Donald and Melania Trump.

Politico asked the Ad Council whether Trump was invited to participate, and wrote that a spokesperson “reiterated that the project started last year and that one of the videos was filmed on Inauguration Day, when Trump was not in attendance.”

“We just learned last week that President Trump did get vaccinated and were so pleased he advised Americans to ‘go get your shot,’” the spokesperson said.

One way or another, the Supreme Court is likely to let Trump end DACA
Republicans complain about the impeachment trial’s lack of new evidence while blocking new evidence
“Fake milk”: why the dairy industry is boiling over plant-based milks
The biggest radioactive spill in US history never ended
Sandra Bland recorded her traffic stop. The video is finally public, years after her death.
Healthcare.gov glitches almost ruined the end of open enrollment. Is there a better way?