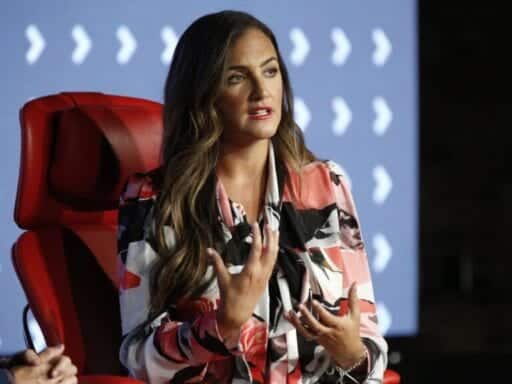 Hundreds of Rent the Runway customers say they didn’t get their dresses on time. The company is blaming a warehouse upgrade for the delivery delays.

Rent the Runway first won over customers as a dress rental business that delivered designer attire for special events without the hefty designer purchase price.

But as the company has widened its ambition to create a mainstream clothing rental service for everyday women’s apparel — and its valuation has soared to $1 billion — the business is experiencing growing pains and many of its customers are feeling the hurt.

Over the last week or so, hundreds of Rent the Runway shoppers have flooded the company’s Twitter and Facebook pages with complaints about canceled deliveries, lack of communication, and customer service wait times that have topped three hours. Many of the public complaints last week came from women trying to use Rent the Runway’s original rental service for a special event, resulting in horror stories of ruined weddings and last-minute dashes to buy a back-up dress at a local store.

Cheri Cohen, a 43-year-old attorney, was one of the disappointed would-be customers. She had reserved a rental dress in August for a special event this past weekend. The dress was supposed to arrive on Thursday. It didn’t.

On Friday, Cohen called customer service but was told there was a two-hour wait. She then resorted to contacting the company on Twitter, where a rep for Rent the Runway promised the dress — though in a larger size — would be delivered to her hotel Saturday afternoon. Once again, the dress never arrived.

“Their entire reserve business is based on getting people clothing for a specific day — that is the entire point,” she wrote in a message to Recode. “The order is useless if it doesn’t arrive in time. So many people were disappointed this past weekend, and we still don’t have any explanation. Maybe I am naive, but when the customer service rep promised me my dress Saturday early afternoon, when she told me she was looking across the room at [Rent the Runway CEO] Jenn Hyman right now making the same phone calls, I believed her. But it is hard for me now to think that they weren’t just lying to everyone.”

In response to inquiries from Recode on Friday, Hyman acknowledged the disruption and blamed it on a new warehouse system.

“We upgraded a huge tech system in the warehouse this week which caused some orders to be delayed by a day which then in turn caused influx of incremental calls into customer service that we’re digging through,” Hyman wrote. “Good news is, [the] new system, which will be in full effect next week, dramatically improves inventory availability and our warehouse efficiency. So short-term pain for long-term better experience for our customers.”

The CEO referred follow-up questions to a spokeswoman, who declined to provide on-the-record responses about the exact nature of the warehouse upgrade, how many customers were impacted by delays, and why the CEO had previously tweeted about working customer service the prior weekend, on September 14, if the warehouse upgrade that caused the snafu didn’t occur until the following week.

I am present and doing all I can. Currently I’m doing customer service instead of playing with my 2 young babies on a Saturday so I appreciate your vocalness to improve things but please understand that we are all working hard and giving 110%

The spokeswoman forwarded an email that Hyman is said to have sent to customers on Friday to address their complaints, though several customers who spoke to Recode said they never received it.

It read in part: “We are working around the clock (myself included!) to implement these operational transformations as quickly as possible. … We know that we will make some mistakes, so for the next month, if you have time-sensitive events, please order a few days earlier than you normally would. We are sorry, and we own this.”

But even for some customers who received the company email on Friday, it was too little too late: Their special-event rental item would not arrive in time for their event and they had no advance warning to secure a back-up dress.

The unresponsiveness of the customer service team was so jarring that some customers questioned whether it was a sign the company is struggling.

“Is Rent The Runway going out of business?” one customer wrote on the company’s Facebook page. “Email notice that my order arrived. It did not. Email this morning that my order shipped. 1 dress instead of 4. No info on the tracking link … they used to be so good when they focused on one thing. Being the best dress rental. They expanded too fast and have neglected their core business and customer service is horrible. In this digital age it is unfathomable that I can’t reach customer service.”

(Rent the Runway has a billion dollar valuation and raised $125 million earlier this year. At Recode’s Code Commerce event earlier this month, Hyman told me the company’s subscriber base is growing 100 percent year over year.)

Rent the Runway’s recent troubles come just two months after it sent out a separate “We’re Sorry” email to customers promising to double the company’s customer service team amid long response times from customer service, according to the Wall Street Journal.

When I interviewed Hyman at Code Commerce, she dismissed the Journal’s coverage, insinuating that Rent the Runway was paying a price for being honest with its customers.

But the issues have not fully dissipated as the company’s operations have grown more complex.

While Rent the Runway focused almost exclusively on its one-off rental business for its first seven years, more than 70 percent of the business now comes from a subscription business line that launched in 2016, Hyman said at Code Commerce.

Subscribers pay as much as $159 a month for an “Unlimited” subscription, which features a rotating selection of four clothing and accessory items that can be kept for long periods of time or swapped out quickly after just one wear. The Wall Street Journal reported that the company has around 100,000 subscribers.

And the subscription offering requires significant logistics prowess, from shipping orders to retrieving them after a customer sends them back to inspecting them and dry cleaning them to get them ready for the next customer.

But Rent the Runway’s special event rental business — called Reserve — still serves as an onramp to attract customers to the Rent the Runway subscription offerings, which makes the recent disruptions and customer service breakdowns take on additional importance.

Cheri Cohen, the disappointed first-time customer, had been planning on signing up for a Rent the Runway subscription after receiving her special event order. Those plans seemed dead until she finally received a make-good from the company in the form of a $200 credit toward her next order.

“I really do want to try it again — but maybe the Unlimited and not a Reserve rental when I need something for a specific date/event,” she said. “I’d be really nervous about that.”

Uber drivers have fewer passengers — and face greater risks — than ever
The Rod Blagojevich scandal and Trump’s commutation of his sentence, explained
Stock buybacks, explained
The debate about whether expanded unemployment insurance is too generous, explained
Netflix’s excellent Horse Girl looks like a typical quirky indie comedy. It’s more than that.
Kamala Harris’s path to the Democratic nomination, explained