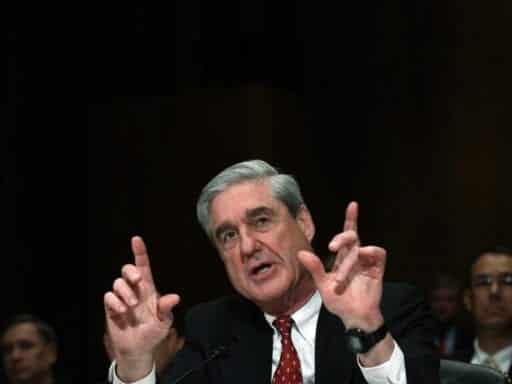 Authorities are looking into whether they failed to register their work lobbying for a nonprofit linked to the Ukrainian government.

Earlier this year, special counsel Robert Mueller referred a case regarding Trump’s former lawyer Michael Cohen to federal prosecutors in Manhattan. But it turns out, Cohen might not be the only one.

CNN’s Erica Orden reported Tuesday that, since the spring, Mueller made additional referrals to prosecutors in the Southern District of New York regarding whether US lobbyists failed to register their work supporting the Ukrainian government. Those referrals include Democratic lobbyist Tony Podesta and lobbyist and ex-Minnesota GOP Rep. Vin Weber. Sources told CNN that former Obama White House counsel Greg Craig was also referred by Mueller to federal prosecutors in New York.

No charges have been filed against any of the individuals. The Washington Post reports that the referrals were made months ago, and there hasn’t been much activity on their cases since.

If that all sounds somewhat familiar, it’s because Paul Manafort was charged, along with his associate Rick Gates, with failing to register his lobbying work for pro-Russia Ukrainian politicians. (Manafort’s Virginia trial, which started Tuesday, focuses on his bank fraud and other financial crimes; the trial focusing more closely on his foreign lobbying work starts in September. Gates has pleaded guilty and is cooperating with Mueller.)

Each of these names — Podesta, and his lobbying firm; Weber; and Craig — have separately cropped up in reports about special counsel Mueller’s investigation into Manafort.

As CNN reports, Manafort and Gates paid the Podesta Group and the firm where Weber worked, Mercury Public Affairs, through a nonprofit called the European Centre for a Modern Ukraine, which was trying to bolster the image of the pro-Russian Ukrainian government in power at the time, between 2012 and 2014.

As NBC News previously reported, Mercury Public Affairs and the Podesta Group were believed to be the unnamed “Company A” and “Company B,” respectively, listed in Mueller’s October indictment against Manafort and Gates. When it came to the revealing tidbit in the indictment about the Podesta Group, Vox’s Andrew Prokop noted at the time:

A report from CNN earlier this year described how the Podesta Group repeatedly contacted the State Department about Ukraine’s 2012 election, attempting to put a positive spin on the regime’s handling of the elections. However, and crucially, they didn’t disclose the full extent of their work in federal lobbying filings until earlier this year — and per NBC, that failure to disclose has caught Mueller’s attention. (A Podesta group spokesperson emailed me last week to insist that all appropriate legal disclosures were made.)

Podesta, a powerful Democratic lobbyist who’s the brother of Hillary Clinton’s former campaign chair John Podesta, has been a particular target — mostly from Trump and his allies. The president himself has implied Podesta’s lack of (obvious) legal trouble is an example of the partisan “witch hunt” against him.

….and why hasn’t the Podesta brother been charged and arrested, like others, after being forced to close down his very large and successful firm? Is it because he is a VERY well connected Democrat working in the Swamp of Washington, D.C.?

Tony Podesta stepped away from his firm last fall, when Mueller’s indictment against Manafort and Gates revealed that it was one of the companies that had done work on behalf of the pro-Russia Ukraine group. (John Podesta isn’t associated with the firm, and there’s no indication he’s under any scrutiny.)

Weber, a Republican who represented Minnesota’s in the House of Representatives from 1981 to 1993, worked for Mercury Public Affairs, the other firm that was reportedly listed in the Manafort-Gates indictment. According to the MinnPost, Weber handled the Ukraine portfolio for the Mercury Public Affairs starting in 2012, at the time Manafort had directed the firm to do PR work for the European Centre for a Modern Ukraine. Weber had been paid as much as $700,000 for his work for the organization, according to a 2016 report in the Minnesota Star Tribune.

Both the Podesta Group and Mercury Public Affairs said they are cooperating with the special counsel, according to the Washington Post.

Finally, there’s attorney Greg Craig, who worked as White House counsel under Obama in 2009 to 2010. Craig resigned from the white shoe firm Skadden, Arps, Slate, Meagher & Flom in April. NBC News reported that he departed following the indictment of former Skadden attorney Alex van der Zwaan, who pleaded guilty to lying to the FBI in the Mueller investigation. According to Mueller’s indictment, van der Zwaan had misled investigators about work his law firm had done for — you guessed it — Manafort, Gates, and their pro-Russian Ukrainian clients.

According to the NBC News report from April 2018, Craig was identified in court filings as the senior partner overseeing the Skadden project.

Given what’s known about the Manafort and Gates case, it’s not a surprise that some of these firms came under scrutiny from Mueller. But why Mueller referred these matters to prosecutors in Manhattan remains an intriguing question.