Vox Sentences: We’re on a bullet train toward 3D-printed guns 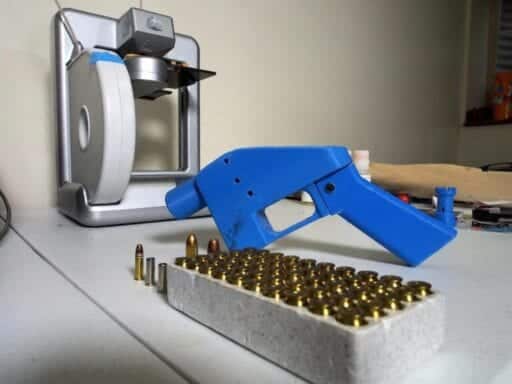 Printed guns are in our (very near) future; the opposition party alleges rigging in the Zimbabwean election.

Mugabe out; Mugabe ally in?

“Take note: Enjoying life’s pleasures does not always mean spending a lot of cash. If you’re like me, you’ve got caviar tastes and a fishstick budget.” [Dodai Stewart on dressing like the vacationing wealthy widow of your fantasies / Broadly]

Watch this: How noise pollution is ruining your hearing

Our ears are exposed to dangerous levels of noise every single day. [YouTube / Dean Peterson and Julia Belluz]

Trump says “collusion is not a crime.” Not quite.

America’s doctors can beat the opioid epidemic. Here’s how to get them on board.

The sudden end of the Ethiopia-Eritrea war, explained

7 movies and TV shows that explain US elections, from gerrymandering to hanging chads
I love your annoying Instagram challenges.
Facebook, Pinterest, and YouTube are cracking down on fake vaccine news
Every July 24 Georgia race you need to know about, briefly explained
First Twitter, now Snapchat: Trump’s war on social media has a new target
FEMA’s testing a new “presidential alerts” system that sends messages to your phone