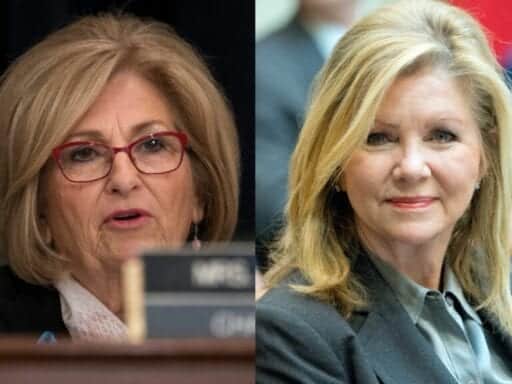 Gender issues have historically had negative ties to “identity politics.”

2018 has seen a record number of women run for elected office, the majority of them Democrats. But two Republican women in Tennessee — Reps. Marsha Blackburn and Diane Black — are poised to become nominees for statewide office if they advance in this Thursday’s primary. If either of them wins the general election this fall, it would be a historic step for the state, which has yet to send a woman to the Senate or the governor’s mansion.

But neither Blackburn nor Black seems particularly interested in focusing on gender.

”I don’t put my focus on being the first. I think it’s important to put the focus on why people should elect me, and on the record of accomplishment and the background that I bring to be of service,” Blackburn, who is running for Senate, said in an interview with RealClearPolitics. Black, too, has hewed to a similar message.

Both lawmakers have emphasized gender neutrality so much that they like to be referred to as “congressman” and “chairman” — not “congresswoman.” This broader approach might be a personal preference. But political experts also note that it’s a conscious calculus aimed at steering clear of even the vaguest whiff of “identity politics.”

“A lot of Republicans are very turned off by identity politics and female candidates on the Republican side are pretty disciplined and avoid something that might be perceived as identity politics,” said Kent Syler, a political science professor at Middle Tennessee State University.

Both women have given a nod to gender in their campaign ads, with Blackburn mentioning it in her announcement and Black describing her groundbreaking leadership of the House Budget Committee in hers as well. But overall, it appears they’d really rather not put the emphasis on this part of their candidacy.

A Blackburn spokesperson disagreed with this characterization — pointing to both the announcement and Blackburn’s work on sexual harassment as two areas where the lawmaker has put the spotlight on gender. A Black campaign spokesperson did not immediately respond to a request for comment.

“I think that Democratic candidates get hung up on identity politics like, ‘I’m this, I’m that. Obviously, Marsha is a woman,” said Candice Dawkins, the communications director for the Tennessee Republican Party, of Blackburn’s candidacy. “She’s not going to the Senate to be a woman; she’s going to represent Tennessee.”

For Blackburn and Black, this strategy is likely aimed at appealing to as many Republican voters as possible. “A lot of the Republican Party thinks Democrats talk too much about people of color, women voters,” Syler said. “When the Democratic Party is talking about solving problems of those groups, they aren’t trying to solve problems to white voters, is the perception. There’s a limited pie mentality.”

Tennessee is one place where Republican women are winning in 2018

Nationwide, nearly half of the Democratic nominees in states that have held primaries have been women (excluding incumbents), according to an editor for Cook Political Report.

Republican women, meanwhile, make up just 17 percent of nominees in primaries that have already occurred this cycle. And even as Democratic women are expected to see a major spike in House membership this fall, Republican women may actually see a dip in their ranks due to the number of candidates who are leaving to pursue higher office or retire.

Tennessee is an exception. Blackburn and Black are both seen as leading contenders for their statewide races. (Blackburn is by far favored to win the Republican primary for Senate, while Black faces a much closer race with former state economic development chief Randy Boyd, entrepreneur Bill Lee, and state House Speaker Beth Harwell.) Both women have ascended the ranks of Tennessee politics. Because Republicans dominate the state government, the women who have gotten ahead in politics have tended to be Republican, Syler noted.

“I think it’s situational, I don’t think it’s anything systematic,” Vanderbilt University public policy professor Bruce Oppenheimer said of Black and Blackburn’s rise. “They were both very visible members of the state legislature, and hardline conservatives on a range of issues.”

Both candidates have not shied away from describing gender discrimination they’ve overcome. In an interview with Yahoo News, Blackburn recalled approaching an older male mentor when she decided to run for state legislature, who unequivocally shut her down. “You’re wasting your time, you’re wasting my time, you’re wasting money,” she said he told her. “I don’t see how you would ever win.” Blackburn eventually did just that — and went on to count him among her campaign donors.

Black has also described her own experiences with sexual harassment and the “good ol’ boy” culture of the Tennessee legislature. She and Blackburn have sponsored legislation that would tackle the issue in Congress. “There is no place in the public or private sector for sexual harassment or assault. Period,” she wrote in a Townhall op-ed.

Black and Blackburn’s stories are rife with a host of milestones. But they aren’t necessarily getting the spotlight on the campaign trail. Being seen as different still might not play well with many Republican voters.

“Gender issues are not issues that resonate with primary voters,” Oppenheimer said.

“We don’t need to highlight our otherness,” Dawkins said. “We have a lot of folks from various backgrounds. We’re really focused on pushing out a unified a message. The Republican Party has a track record, and that’s what we’re running on.”

Republican women across the country have had to navigate a tricky relationship with Donald Trump’s presidency — backing his policies while speaking out against his alleged misconduct when it seems politically savvy to do so. Candidates have been forced to align themselves with Trump given his strong popularity with the party’s base, while still appearing to hold him accountable when he makes denigrating remarks about women.

“Female candidates — they’ve got to be careful in how they deal with Donald Trump. If they let things completely go, they appear weak,” Syler said. “If they come on too strongly, then it can backfire on them. They’ve got to walk a fine line.”

Alabama Rep. Martha Roby is often cited as a key example of this dynamic: She was among the earliest to withdraw her support for Trump in the wake of the notorious Access Hollywood tape, and this year she was forced into a runoff. Blackburn and Black also criticized Trump following the release of the tape, but both stood by his candidacy.

Blackburn and Black are also among the candidates seemingly looking to sidestep concerns about Trump’s history with women by focusing on the economy, betting that if people are seeing strong jobs growth and wages, they’ll overlook the rest.

“Women know that their economic security, their national security is in better shape … and they are grateful for that — and that is primarily what they’re talking about right now,” Blackburn has said, per NPR. Black told Politico that she tells women about her positive experiences working alongside the president.

“As far as economic prosperity, Marsha has been a supporter of the president’s agenda and tax reform to allow our economy to grow,” Dawkins said.

It’s a message that Blackburn, Black, and the broader Republican Party have been championing for a long time. While they served alongside one another in the state legislature, the two lawmakers were even part of a trio with former state Sen. Mae Beavers that became known as the Killer Bs after they effectively blocked the implementation of a state income tax.

The idea that economic gains are enough to discount Trump’s treatment of women can be a tough argument to make. “If you don’t like Donald Trump, you certainly see it as contradictory,” Syler said. “If you’re someone who supports Donald Trump, you probably get it.”

Thus far, Blackburn and Black have used such messages as a place to weave in mentions of gender.

Black has highlighted her time as a nurse and single mom, with one campaign ad detailing how her efforts on tax reform would help other women juggling these responsibilities. “I’ll never stop fighting for her,” she said. Blackburn, similarly, briefly mentioned the issue during her campaign announcement, noting, “Courage comes in both genders.”

That seems to be as far as they’re willing to go — for now.

Trump officials are resigning over the US Capitol siege. Here’s who’s stepped down so far.
Who does Trump owe hundreds of millions of dollars to?
The first 2020 presidential debate
The Democratic National Convention’s speaker lineup and how to watch
Amazon, Apple, and Google are working together so that your “smart” home works better
Why Trump’s efforts to blame Obama for the coronavirus make absolutely no sense