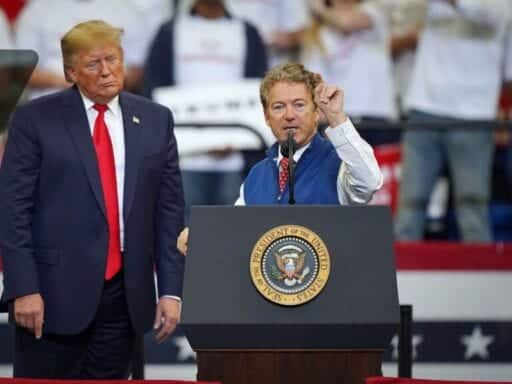 The whistleblower complaint that initially sounded the alarm about President Donald Trump’s dealings with Ukraine is no longer key to public understanding of the scandal, and for a straightforward reason: Sworn testimony and evidence released by the White House have already established that his central allegations are true.

The complaint, filed with the intelligence community inspector general in August, claims that the president used foreign aid as leverage to try and get the new Ukrainian government to do political favors for him, and that officials went to extraordinary lengths to suppress information about those efforts.

Those explosive allegations were quickly corroborated by the White House when Trump decided to release a summary of his July phone call with Ukrainian President Volodymyr Zelensky. They’ve received additional corroboration from a number of witnesses who have recently testified before impeachment investigators, including a National Security Council staffer who was actually on the call.

Yet Trump and his Republican defenders are fixated on discrediting the whistleblower as some sort of partisan operative, as illustrated by comments Sen. Rand Paul (R-KY) made during Trump’s rally on Monday evening in Lexington, Kentucky.

“We also now know the name of the whistleblower,” said Paul, who actually expressed support for expanding the whistleblower statute during the Obama years, as Trump stood behind him. “The whistleblower needs to come before Congress as a material witness because he worked for Joe Biden at the same time Hunter Biden was getting money from corrupt oligarchs. I say tonight to the media — do your job and print his name!”

Here’s Rand Paul calling for the media to out the whistleblower at last night’s Trump rally in Kentucky pic.twitter.com/PxFLXb9boU

Paul’s comments are at tension with the Intelligence Authorization Act, which states that “[n]o action constituting a reprisal, or threat of reprisal, for making such complaint or disclosing such information to the Inspector General may be taken by any employee in a position to take such actions, unless the complaint was made or the information was disclosed with the knowledge that it was false or with willful disregard for its truth or falsity.”

His comments have been roundly denounced by Democrats, including Senate Minority Leader Chuck Schumer (D-NY), who said on the Senate floor on Tuesday: “I cannot stress just how wrong this is. We have federal whistleblower laws designed to protect the identity and safety of patriotic Americans who come forward to stand up for the Constitution.”

.@SenSchumer on Sen. @RandPaul‘s statement: “I cannot stress just how wrong this is…There should be bipartisan outrage at the public attempts by the president and a member of this body to expose the identity of a federal whistleblower.” pic.twitter.com/LgnYiqdv3O

Paul, meanwhile, defended his comments on Tuesday by drawing a false equivalency between the impeachment inquiry and a criminal prosecution.

More broadly, however, Paul’s comments — which are in the same vein as comments made by other Republican Trump defenders such as Rep. Mark Meadows (NC) and Sen. Lindsey Graham (SC) — illustrate how Trump and his Republican backers are struggling to respond to ever-mounting evidence that the president abused his office by trying to leverage military aid to Ukraine into political favors.

Instead of defending Trump’s conduct on the merits, they’re trying to spin the scandal as nothing more than a partisan witch hunt — and perhaps putting the safety of the whistleblower in jeopardy in the process.

Trump has urged Republican allies of his such as Paul to defend his conduct vis a vis Ukraine on the merits, but making a case that it’s okay for a president to pervert diplomacy into an opposition research arm of his campaign isn’t easy. And so Trump-supporting Republicans focused their efforts on crying foul about House Democrats’ impeachment inquiry process.

Last week, however, House Democrats set the stage for public hearings in a vote that also formalized the rules. But if you thought that development would prompt Republicans to shift their focus from procedural deflections to defending Trump on the merits, think again. Focusing on the whistleblower has supplanted focusing on the process as Republicans’ preferred deflection, with Paul, Graham, and the president himself attacking the anonymous official.

Even if it turned out that the whistleblower was a Trump-hating Democratic partisan, we already know that the core allegations in his complaint are true. They are supported by witness testimony and evidence released by Trump’s White House. But instead of having an honest reckoning with Trump’s conduct, Republicans are still busying themselves throwing up smokescreens.

Trump, meanwhile, is responding to the impeachment inquiry with increasingly incoherent talking points.