Rock and roll icon Little Richard has died at 87 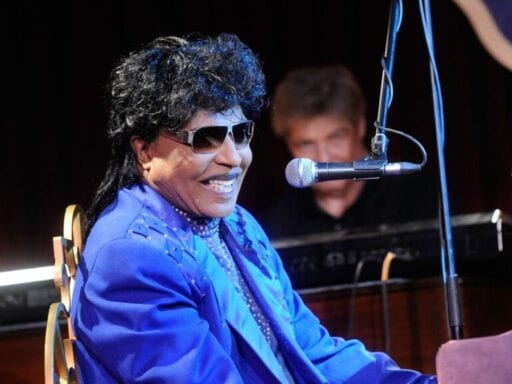 The one-of-a-kind artist paved the way for all of rock and roll.

Rolling Stone reported Little Richard’s passing the morning of May 9, citing confirmation by his son Danny Jones Penniman. No cause of death has been given.

Little Richard’s music career spanned more than 60 years. Born December 5, 1932, he found his passion for music in his hometown of Macon, Georgia, singing gospel and playing piano. As he discovered R&B, the artist shifted away from being a talented choir boy, and toward becoming the more eccentric, vaudeville-inspired performer who gained worldwide renown.

By age 22, Little Richard broke out onto the music scene with a trio of hits that would canonize him as one of the greats in rock and roll. “Tutti Frutti” from November 1955, followed by “Long Tall Sally” and “Good Golly, Miss Molly” in 1956, remain among the earliest and most exemplary modern standards in the rock genre. These songs — and many others in his catalogue — are inextricable from Little Richard’s performance of them, from his electrified singing (punctuated by yelps and wails, impossible to match) to his personal style.

Both aspects of Little Richard’s persona had wide-ranging influences on rock and roll, as artists borrowed his vocal trills and daring fashion to cultivate rock’s image as flashier than pop, more unpredictable than soul.

“When it comes to flaming androgyny, outrageous costume and unhinged libido, a contemporary pop rebel like Prince seems small potatoes compared with Little Richard, the original wild man of rock ‘n’ roll,” wrote music critic Stephen Holden in the New York Times in 1984. “And in his mirrored suits, towering pompadour and heavy makeup, the singer did as much as anyone to establish the tradition of the rock star as sanctified freak.”

Little Richard, at times, drew back from his rock image, however, as he retreated toward gospel as a means to reclaim his Christian roots. His complicated relationship with both his religion and sexuality (he went from declaring homosexuality a sin, to calling himself openly gay, to identifying as “omnisexual,” and back again throughout his life) persisted through the latter half of his career. He also suffered from serious health issues in his advanced age.

But what never changed was his affection for putting on a dazzling, energetic show — and his place in rock and roll’s history. At the first Rock and Roll Hall of Fame ceremony in 1986, the all-time great Robert Flack said this of “Little” Richard Penniman:

Meanwhile, fellow artists and fans have turned to Twitter to offer their kind words and memories of one of the greats.

.@RollingStone is reporting that Little Richard has died at age 87. Such a huge loss. Resharing the best thing I ever read about the man, from @oxfordamerican.
“He sounds like the last man on earth singing the first song ever written.” https://t.co/zT46Zk1j8D

Rest In Peace To One Of The True Creators Of Rock And Roll. This Is The Commercial I Directed With Little Richard And Michael Jordan, 1991. pic.twitter.com/51bEV1eYKB

#LittleRichard was a genius, pure and simple. He paved the way for (code for he was ripped off by)so many artists. Watch his YouTube performances to see what I mean. I met him on “Down and Out in Beverly Hills”, in which he was hilarious. What a legacy. God bless you, Richard. https://t.co/Mz9UPzwYth

James Brown got his big break as a Little Richard impersonator. Hendrix got his start playing guitar in Little Richard’s band. The Beatles formed around his work. Bob Dylan and Freddie Mercury began with his music. It’s impossible to overstate Little Richard’s influence.

Kel: You mean Little Richard LIVED! *puts on a record*

Just what I needed ❤️