Some brands are closing stores for the global climate strike. That’s a big deal. 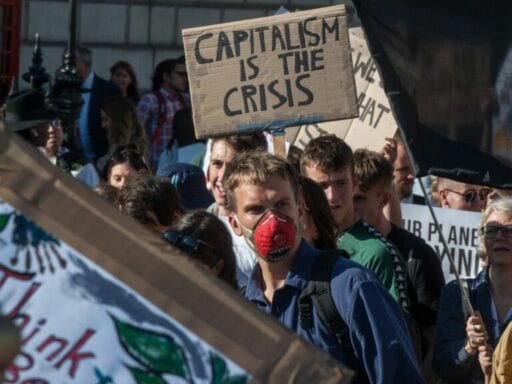 Ben and Jerry’s, Lush Cosmetics, and Patagonia closed their stores and online sales in solidarity with strikers.

Millions of people across the globe are expected to participate in Friday’s global climate strike, and a significant number of businesses and brands are cheering them on. The protest, which is planned ahead of the United Nations’ Climate Action Summit on September 23, is an urgent demand for political action on climate change. It’s a movement originally led by young people, most notably 16-year-old climate activist Greta Thunberg, but adults — and now some businesses — are also joining the masses.

Ben and Jerry’s, Lush Cosmetics, and Patagonia are among a few businesses that will be closing their retail stores, and in some cases, halting online sales. Some smaller businesses, like the shoe company Allbirds, online retailer Etsy, and athletic wear brand Outdoor Voices, are giving workers time off for the strike, closing corporate offices, or promoting the strike, CBS News reported. More than 7,000 companies, including Tumblr and WordPress, have also pledged to donate ad space or put banners on their sites in support, according to the event site.

This mass-scale business mobilization shouldn’t be surprising given the current political climate. As Nadra Nittle reported for The Goods, companies are taking the risk to speak out about their politics — and products — in a time in which rallies, boycotts, and public outrage make national headlines.

When it comes to climate change, “business as usual” is no longer an option for these historically progressive companies, at least according to public statements made by their leaders.

For Patagonia, environmental activism has been the cornerstone of its brand since 1973. Company co-founder Yvon Chouinard was the subject of a New Yorker profile in September 2016, which outlined how Patagonia integrated an eco-conscious ethos successfully into its clothing business. Since 1985, Patagonia has donated more than $89 million to about 3,400 environmental organizations through its “1% for the Planet” campaign, which pledges 1 percent of its sales to the preservation and restoration of the natural environment.

In a recent LinkedIn blog post, CEO Rose Marcario explained why Patagonia was closing for the strike: “Our customers are demanding we act — this generation of youth is not backing down and neither should we. Sharing this common challenge gives us hope.” Marcario ends on a rather urgent note, writing how “we must face extinction head on.”

Lush Cosmetics, a UK-based beauty brand, also has a history of donating to progressive groups in Europe and in the US. Lush co-founder Mark Constantine told Quartz that the company shares values with grassroots campaigns that advocate for the environment, human rights, and animal welfare. In a press release, CEO Mark Wolverton said it’s important to allow thousands of Lush’s staff the time to protest: “The climate crisis won’t wait, and neither will we.”

On Friday, Lush’s site — even its “About Us” section — was blacked out with a page that promoted the Global Climate Strike. “Stop scrolling. Start marching,” the header read.

Ben and Jerry’s — a self-proclaimed “aspiring social justice company” — has previously used ice cream flavors to champion its politics. Following the election of President Donald Trump, the Vermont-based ice cream maker released a “Pecan Resist” flavor and announced it will donate $100,000 in total to four progressive causes that includes Honor the Earth, a nonprofit that works to “raise awareness and support for Native environmental issues.”

Ben and Jerry’s published a blog post about a week before the strike, writing its support for a zero-carbon future. However, the company acknowledges the carbon emissions that comes from its business. “From cow to cone, if we’re honest, our business has a sizable carbon footprint, about 1 kilo per 500ml container. That’s not to say we haven’t worked hard over the years to reduce it,” the post reads.

While Ben and Jerry’s has faced conservative backlash and questions about how it’s capitalized on a political movement (with ice cream flavors), closing down stores for a strike is different.

These businesses are rejecting some revenue to bolster a larger cause — climate change — and that’s a potentially radical move. “The closed door represents to consumers that a brand is willing to put their money where their mouth is,” according to AdWeek.

Businesses are now on the front lines of the most pressing political issues, having advocated against gun violence and now climate change. People in the US are increasingly alarmed about the state of the planet, and while politicians at home and abroad have done little to improve the dire situation, brands are stepping up to align themselves with their customers.

“This crisis can’t be avoided with individual action, either by people or corporations,” reads Ben and Jerry’s blog.

Their message to global leaders — much like Thunberg’s message — is clear: Do something.

William Barr, Trump’s nominee for attorney general, heads to the Senate on Tuesday
The fine print of Grubhub’s $100 million relief program for ailing restaurants
China and India are in a dangerous standoff over a hotly contested border
New York has 12 times as many coronavirus deaths as California
One Year Later
The best defense of Trump is still a damning indictment