Support for immigration is surging in the Trump era 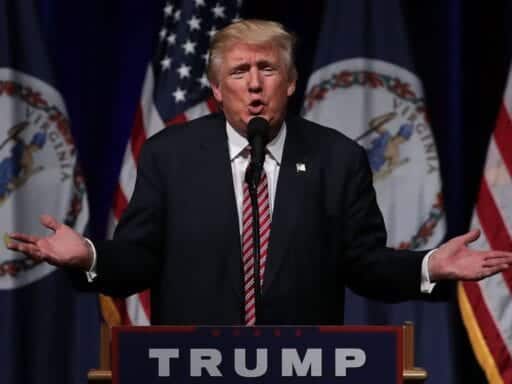 Anti-immigration sentiment fueled Donald Trump’s shocking primary victory and seemed to have won him some crucial votes in critical 2016 swing states. But now that he’s in office, public views of immigration are soaring to new heights. A new Pew poll released last week, for example, finds that, for the first time on record, more Americans want to see legal immigration levels increased rather than decreased.

The higher levels of support for immigration are driven by a surge in Democratic enthusiasm, but Republican views are also shifting in the same direction. Overall public opinion on immigration is always somewhat murky and a little hard to parse, but the trends here are unmistakable.

Gallup, asking a different kind of question, found unprecedented numbers of Americans saying that immigration to the United States is “a good thing.”

The conjunction of the most anti-immigration presidency in generations with a strong pro-immigration shift in public opinion may seem paradoxical. But scholars of American public opinion have long believed that the public largely behaves like a thermostat and shifts its views in the opposite direction of where it perceives the governing regime to be headed.

The mechanism works, primarily, because most people don’t have strong feelings on most issues. When the Obama administration was trying to use family detention to deter Central American asylum-seekers, for example, they got pushback from activists, but most rank-and-file Democrats didn’t care much one way or the other.

Now that Trump is president, Democrats who are passionately engaged with politics on any issue are strongly attuned to anti-Trump arguments of all kinds, and they’re much more engaged with the topic. Conversely, committed Republican partisans who don’t care much about immigration but perhaps had some vague concern that Obama wasn’t strict enough see how spun-up Trump is about it and feel okay.

The effect is perhaps particularly strong on the immigration topic precisely because Trump talks so much about it. Contrary to a lot of hazy stereotypes, presidential efforts to use the bully pulpit have a tendency to backfire in exactly this way. After years of immigration being a relatively unpolarized issue, Trump is, for the first time, calling into being a large constituency for more immigration.

These dogs, birds, and squirrels are stuffing their faces with Brood X cicadas
Taylor Swift just broke her noted silence on politics to endorse two Tennessee Democrats
Uber drivers have fewer passengers — and face greater risks — than ever
Sudan’s longtime leader was ousted in a military coup. Protesters still want democracy.
Paul Krugman on climate, robots, single-payer, and so much more
The Downton Abbey movie is all about the existential horrors of wealth