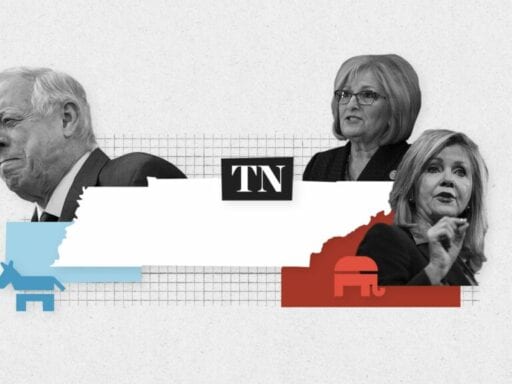 In a unique Thursday primary, on August 2, primary voters in Tennessee will go to the polls to decide their nominees for the closely watched governor and Senate races as well as the state’s nine House seats.

Tennessee is solidly red. But the state has several important open races, notably one for Senate and one for governor, that Democrats think they have a shot — albeit a very long shot — at taking. The state went for Donald Trump by 26 points in 2016, and he has a 56 percent approval rating in the state. Republicans control the state House and the governor’s mansion, and have a hold on the state’s delegation to Congress. But Tennessee is known for having a strong streak of pragmatic, traditional and business-centric Republicans in charge — not Trump-like firebrands. It’s a history that this year’s midterms will put to the test.

Polls close at 8 pm Eastern. Vox will have live election results below, powered by Decision Desk.

The heated Republican primary for governor

With Republican Gov. Bill Haslam term-limited out, there is a heated four-way Republican primary. Anything could happen. In the running: US Rep. Diane Black; state Speaker Beth Harwell; Knoxville’s Randy Boyd, a former Department of Economic and Community Development commissioner; and Bill Lee, a business executive from south of Nashville.

Early on, Black, who has Vice President Mike Pence’s endorsement and has been running very close to Trump, was expected to win this race easily, but months of mudslinging with Boyd has given candidates like Lee and Harwell an opening to move up in the polls. It’s possible Black’s Trumpian campaign won’t win over voters.

On the Democratic side, the race is looking like it will go for former Nashville Mayor Karl Dean, the clear favorite, over state House Minority Leader Craig Fitzhugh, who has the endorsement of the progressive grassroots group Indivisible. Activists are banking on Fitzhugh to outperform expectation. Mezianne Payne, a nurse and medical marijuana advocate, is also on the ballot.

Tennessee is setting up a very heated Senate race

With Sen. Bob Corker retiring, an open Senate seat in Tennessee has become part of Democrats’ hopes for 2018.

The Republican frontrunner is US Rep. Marsha Blackburn, a hyperpartisan conservative firebrand who so far has been running a campaign targeted at the Republican base. Aaron Pettigrew, a trucker, is also on the ballot.

Blackburn is expected to be matched up against former Democratic Gov. Phil Bredesen in November. Also on the Democratic ballot are perennial candidate Gary Davis and Chattanooga attorney John Wolfe.

Democrats struck gold when they recruited Bredesen to run. A popular two-term governor from 2003 to 2011, Bredesen is running on bringing an independent voice to Washington. Tennesseans know his name, and he has support across the aisle.

Polling has been inconclusive. Most recently, an Axios/SurveyMonkey poll found Blackburn leading by 14 points. But all previous surveys had Bredesen up by 5 points, and in May, a Vanderbilt poll found Bredesen was more popular than Blackburn. Though it will be a challenge, one Democratic campaign aide told Vox, a Bredesen win is an attainable long shot.

How Russian hackers stole information from Democrats, in 3 simple diagrams
Time’s Up was at the center of the 2018 Golden Globes. What has come of it?
Vox Sentences: It’s official
The Good Place was groundbreaking TV. Did its finale measure up?
Thai boys speak publicly for the first time: “This experience taught me to be more patient”
The pandemic is hitting counties that voted for Hillary Clinton harder — for now