The 4 best movies you can now watch at home 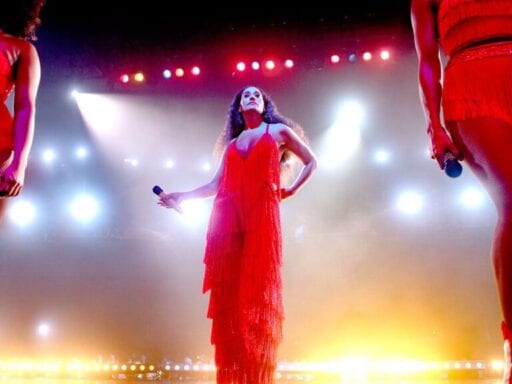 Yet film releases have not slowed down. Each weekend, on streaming services and through “virtual theatrical” releases, new and newly available movies arrive to delight cinephiles of all stripes.

This weekend’s movies are a study in contrasts. There’s a hard-hitting, vital documentary about gaps in the Me Too movement and allegations against a prominent figure. There’s a comedy-musical about chasing your dreams that’s frothy and fun. One of 2019’s best movies, starring Adam Sandler in a career-high performance, is now streaming. And there’s a modest, beautiful drama about the mysteries of the universe — one that draws on The Twilight Zone for inspiration. (Most of the films that were newly released in recent weeks are also still available to watch.)

Here are the four best movies, from a range of genres, that premiered this week and are available to watch at home — for a few bucks on digital services, through virtual theatrical engagements, or to subscribers on streaming platforms.

On the Record — a bombshell documentary in which a large group of women allege that Def Jam record label founder and “godfather of hip-hop” Russell Simmons sexually assaulted or raped them — wound up on a strange and baffling journey to its HBO Max release. Shortly before its Sundance premiere in January, Oprah Winfrey rescinded her support for the film (on which she was serving as executive producer) while reiterating her support for the women who appear in it.

Many of On the Record’s allegations previously appeared in a 2017 New York Times article, and the reasons for Winfrey’s sudden withdrawal from the project remain confusing, months later. Once Winfrey stepped away, that meant the film would no longer be released on Apple TV+ as part of her programming slate. The film was forced to seek out a new distributor, which it found in HBO.

This strange turn of events should hopefully not overshadow the film. On the Record is absolutely damning of Simmons, who continues to insist he did not commit the crimes he’s accused of. Directed by Amy Ziering and Kirby Dick, the film is at its best when exploring the reasons that women in America, and particularly black women, often hesitate to accuse a powerful black man of a crime like sexual assault.

How to watch it: On the Record is streaming on HBO Max.

There’s something charmingly old-fashioned about The High Note, a movie that doesn’t try to be anything other than what it is: a comedy about figuring out what you want in life and going for it. Grace Jones (Tracee Ellis Ross) is an iconic soul singer with a legion of fans, despite not releasing a record in 10 years. (Ross certainly knows this world; her mother is Motown legend Diana Ross.) She tours with a cadre that includes her personal assistant Maggie (Dakota Johnson), who wants more than anything to be a music producer but is stuck getting coffee and arranging schedules. Maggie meets a charming stranger named David (the always stellar Kelvin Harrison Jr.), who has an amazing voice but seems reticent to perform beyond a circuit of low-level gigs. She convinces him to let her produce his first album in her off-hours, not telling him who she works for. That choice, obviously, goes awry.

The High Note is most like a comedy of errors, mixed with a gentler dash of The Devil Wears Prada and a bunch of great music. The genre trappings contribute to a feeling of predictability — you can basically tell where it’s going to go — but aside from a truly head-slapping third-act reveal, the rest of the film is light, sweet, and pleasant, the kind of thing you might have expected to see from a Hollywood studio in the 1990s. The High Note opts to be purely enjoyable, and isn’t afraid to be a little corny. Thanks to its central performers, it’s entirely charming.

How to watch it: The High Note is available via a variety of digital and on-demand platforms, including Amazon Prime Video and iTunes. Check the movie’s website for a full listing.

One of 2019’s best films, Uncut Gems, is a movie-length panic attack, in the best way. Adam Sandler turns in the performance of his career, leaning into the role of Howard Ratner, a jewelry dealer in New York’s Diamond District who’s always on the hunt for the next big deal. He ends up in hot water when he lends an opal to Celtics player Kevin Garnett (playing himself) for good luck before a game, then starts pawning possessions to bet on the outcome.

Directed by brothers Josh and Benny Safdie, who drew on stories they heard from their father to make the film, Uncut Gems boasts the same heart-pounding intensity of their 2017 film Good Time, but with a bit more polish and panache. It’s a thoroughly fun thrill ride, a perfect study of a man who’s both an eternal optimist and an irrepressible screw-up. You can’t help but root for Howard — while wanting to grab him by the throat and shake some sense into him — and for the Safdies, whose command of their craft is pure pleasure to watch.

How to watch it: Uncut Gems is newly streaming on Netflix. It’s also available to digitally rent or purchase on iTunes, Amazon, YouTube, Google Play, and Vudu.

The Vast of Night

A Rod Serling sound-alike intones at the start of The Vast of Night, set in a midcentury New Mexico town, to set it up as a Twilight Zone-style tale about a mystery located in “the frequency caught between logic and myth.” Fay (Sierra McCormick) is 16 and operates the town switchboard, and is also interested in newfangled recording technologies; her friend Everett (Jake Horowitz) is a DJ for the radio station in their small town. One night, both are at their respective jobs, while everyone else is at a basketball game at the local high school. Listening to Everett’s show, Fay hears a strange noise. She calls him to tell him about it, and the two start to investigate it, initially with the help of a stranger who calls in to Everett’s show.

What’s great about The Vast of Night isn’t the story so much as the way it’s told. It’s a low-budget movie that harnesses every tool of filmmaking to build suspense and excitement, from gliding long shots, to unbroken scenes that invite us to join in the character’s emotions to sound design that feels eerie and mysterious. There’s nothing flashy about The Vast of Night, no spectacle, but it’s showy in a way that’s delightful to watch. And in the end, The Vast of Night aims to remind us that the mysteries of the universe go far, far beyond what we’ve begun to comprehend.

How to watch it: The Vast of Night is streaming for subscribers on Amazon Prime.

Alexa records you more often than you think
State of the Union 2019: President Trump gives annual address amid border wall fight
The Trump administration is using the pandemic as an excuse to target immigrants and asylum seekers
Nothing is going right for Paul Manafort lately
America’s Coffee Shops Just Might Survive This Moment
Fox News devised a way to cover the impeachment trial without covering it at all