The best $2,000 I ever spent: Whatever my grandmother needed this year 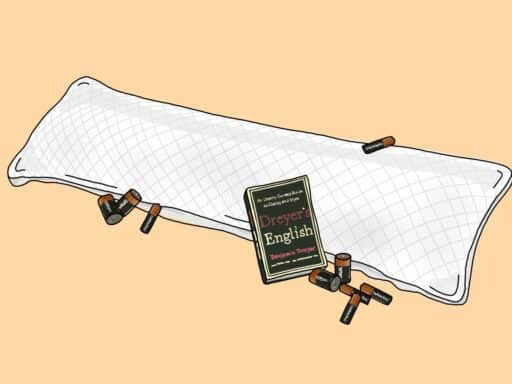 I couldn’t be there for her in person, so I tried to make sure she never ran low on batteries or books.

For most of this year, my grandmother and I have been lying to each other. We’ve talked almost every day and the start of every conversation is the same.

That’s not true either. I always pick up the phone when she calls. It’s the most direct line to me, so reliable that if I send my mom to voicemail, she’ll call again from my grandmother’s phone.

My grandmother lied this year because she doesn’t want me to worry about her, and I lied because I always did. Though she was in preternaturally good health, she could no longer leave the house; at 97, she was squarely in the “at-risk” category for Covid-19, something she understood but still resented.

My parents, with whom she lived, stocked the fridge and the pantry and checked on her a few times a day, but most of the time they were working. When they were home, they stayed on separate floors. For safety’s sake, she spent her days mostly alone, reading or tending to the house or writing in her notebooks. She told me about her orchids, what she was making for dinner, the books she was reading.

Before I’d hang up, I’d asked if she needed anything. She always said no. I never expected her to say anything different, but I asked anyway. Help was something she offered to others and rejected for herself with equal force. She’s always believed that the best way to take care of yourself is to take care of others. When her friend’s husband died, she sent over enough food to fill the fridge twice over, then told her to get a dog.

My grandmother was born during the Great Depression and came of age during World War II, and she internalized both stoicism for the greater good and an unmitigated generosity with whatever she had, no matter how much or little it may be. Her young life was mottled with economic insecurity, so she made sure her own children had solid foundations on which to build their lives.

It was never about credit or gratitude. She just wanted me to be happy.

My parents’ views on money, on the other hand, were predicated on that benevolence and the security of the ’80s: stable jobs, thriving businesses, and the persistently privileged idea that no matter what, things would end up working out. The recession, combined with their escalating alcoholism, strained their financial safety nets to the degree that there was no room for the added weight of me and my brothers when we left for college. Or maybe they just forgot that we needed things, too.

I worked through college, took out student loans, and became exceptionally good at mental math. In the winter months when my nannying hours were cut for the holidays, my grandmother made sure I had enough money to buy groceries, $100 appearing in my checking account. She cosigned for my apartments until I got married and used her airline miles to fly me home for her birthday. A few times a year, I’d get a $20 bill in the mail with explicit instructions to spend it on something frivolous that would make me smile.

I never asked for anything. The money would just quietly show up. When I tried to thank her, she didn’t want to hear it. It was never about credit or gratitude. She just wanted me to be happy.

After a few years of managing debt and financial insecurity, my life finally started to even out. Once my own basic needs were covered, I indulged in small generosities. I sent flowers to my friends when I missed them. I bought my mom new shoes. Drinks or dinner or dessert were on me. I probably should have saved more or invested, but I didn’t see the point in making money if I wasn’t using it to make my life and the lives of those around me a little better. Each purchase felt like an investment in pleasure or joy or comfort.

During quarantine, money has made it possible for me to solve problems from a distance. Some were simple fixes, like batteries for the magnifying glass my grandmother used to read the mail. Others were more existential, like a copy of Dreyer’s English when she told me she felt like contemporary grammar and usage had passed her by. She was sad that she wouldn’t get to have a party on her birthday, so I ordered a dozen miniature cakes for my mom to leave on her friends’ doorstep as my grandmother waved from the car.

Over the first six months, I spent $786 on miscellaneous items, not including the expedited shipping I often sprung for, feeling guilty about the impact of the purchase on the environment and then doing it anyway. Nothing was particularly urgent or even difficult to acquire, mostly things that felt too small or insignificant for her to bother someone else for. But it was never a bother, just five taps on my cellphone to a confirmation email while she told me about her day. I could show her in real time, from across the country, that she was not a burden and that it was okay to want more than simply what she needed. Every few weeks, she would threaten to send me a check, and I’d say I wouldn’t cash it, and she’d fuss at me for a few minutes.

As summer faded into fall and we adjusted to our homebound lives, my grandmother and I maintained the easy pattern of our daily phone calls, or “visits,” as she called them. She let me spring for hardcovers, and I stopped asking her how much protein she’d had that day. As the weeks wore on, she sounded a little less lonely, a little more like herself.

Then, while doing laundry, she fell. She’d fallen a handful of times before, breaking her arm and bruising her tailbone, but nothing to that point had really slowed her down. She remained insistent that her version of independence required being able to do everything she’d always done, climbing stairs and lifting boxes and flirting with the bank manager. When she broke her arm last summer, she used her sling as a purse, which she said made her even more efficient. But this was more serious, a broken femur that required surgery. I cried in California and spent $40 on delivery pizza for my parents.

All things considered, the surgery seemed to go well, but it was hard to get a straight answer on what her path forward looked like. She was released from the hospital, then went back a few days later, her low blood pressure concerning the nurse. They waited a few days, found nothing, and sent her home again. When I asked about her prognosis, the doctor simply said, “She’s 97.”

She stopped calling. She said she couldn’t remember my phone number after the surgery. I called her every day, either in her hospital room or at my parents’ house. Most of the time she was sleeping, and when we did talk, she sounded weak and confused. After weeks of looking at Covid-19 statistics and panickedly calling my virologist aunt, I booked a last-minute flight to Atlanta ($798). My mom was struggling to care for my grandmother, and I couldn’t help from across the country in any meaningful way without power of attorney. And, the unspoken, selfish part: I wanted to know if she was dying so I could say goodbye.

The first morning I was there, it appeared the answer was yes. She wept in pain upon waking, gaping cries that broke my heart. I adjusted the angle of her hospital bed and fed her oatmeal until she could stomach a painkiller. When she settled, my mom sent me out to get groceries and I cried in the Publix parking lot.

But, after that first day, she improved. True to form, she never asked for anything, but for the 10 days I was in town, I could give her what she needed. Time, errands, the muscle to lift her small body. I bought two sets of soft, extra-long twin sheets for her hospital bed ($48); three button-up pajama tops so she didn’t have to lift her arms above her head ($32); two bottles of Tylenol regular strength pain reliever ($13); a storage caddy that attaches to the railings of her bed so her crossword puzzle didn’t get lost ($16); CeraVe lotion for her cracked heels ($18); a memory foam body pillow to stop her from rolling in her sleep ($70); a new tube of Balm Dotcom in cherry because her lips were dry and peeling, and because she feels more like herself with a little color on ($12); and a long list of drugstore purchases she would find undignified for me to list.

With a little time and patience, we found a position she could sleep in that wouldn’t hurt her shoulders, the right positioning of her pillows to take the pressure off her knees. She resisted eating unless someone was eating with her, so we made it an occasion. I made complex, involved recipes or picked up the good sandwiches from the bakery down the road. We had dessert with every meal, and even though we were both in sweatpants, it felt special.

The morning I left, she held me as tightly as she could and I promised I would be back soon, which I hope wasn’t a lie but might be. I cried messy tears into my mask on the plane, feeling simultaneously so sad and so lucky. What a gift to be near her when so many are suffering so much loss alone, who were not able to say goodbye, and how lucky was I for this not to have been goodbye after all.

Of course, I should have known better than to hope so brazenly. As quickly as she improved while I was there, she took a turn. She stopped sleeping through the night, her back in constant pain, a bedsore persisting on her sacrum. In what felt like a personal affront, she was unceremoniously discharged from physical and occupational therapy due to lagging progress. Her doctor moved her to hospice care. I raged at my mother.

“She was doing so much better,” I said. “How could they just give up on her?”

The next day, I called my grandmother on the Echo Show I’d taught her to ask for the time and the weather ($334 for two on Prime Day). We drank our coffee, only her forehead visible on the screen, and I asked how she was doing.

She told me her shoulder was acting up again and that her room got drafty at night.

“It’s not anyone’s fault,” she said. “And I like being by the window.”

After we hung up, I spent $210 on an oversized knit blanket for her, the same pattern I’d bought for myself after I’d arrived back in San Francisco when I was feeling sad. I’d justified that I’d have the blanket for years and years to come. Buying it for her, the purchase felt like an act of faith, an investment in a life and future that I am simply not willing to count out yet. I understand that to have her with us now is nothing short of miraculous and that this may be the end of her life. Even if that is true, I will continue to extend to her the generosity that she’s extended to me my entire life — love that showed me that I was always capable, but never, ever alone.

Anna Held is a writer based in San Francisco. Her work has appeared in Catapult, The Cut, BuzzFeed, Runner’s World, and other publications.