The Conners killed off Roseanne via opioid overdose. The real Roseanne Barr is not happy. 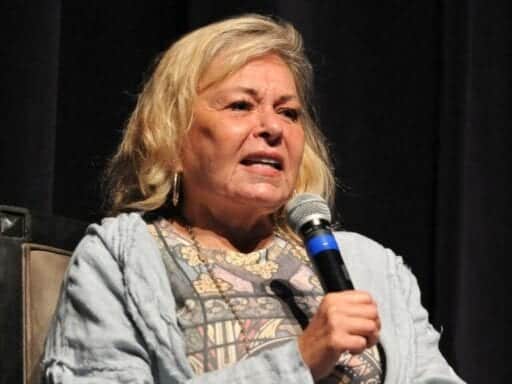 Roseanne Barr, living human woman and embattled television star, has asserted her own existence and howled at the rift between fiction and reality via a caps-lock message and four exclamation points.

For those who aren’t following the ins and outs of Barr’s life and Twitter feed, the message could be seen as merely an enthusiastic declaration of her state of living. But the tweet has more significance than that.

Barr sent the tweet shortly after the premiere episode of The Conners, the show formerly known as the Roseanne revival, ended. Barr was part of the successful revival in its first season, but was fired by ABC following a racist tweet tirade in May. (Barr has a history of racist and derogatory tweets.) The network then decided that the show would go on without its star, and retooled Roseanne as The Conners, a sitcom centering on the rest of the Conner family members.

In vocally affirming her aliveness, Barr is reacting to The Conners premiere killing off Roseanne’s titular matriarch via opioid overdose, an extension of a storyline introduced in the Roseanne revival involving Roseanne Conner’s growing dependence on painkillers. Barr tweeting that she is very much alive seems to imply her distaste for how the show and the network dealt with her firing.

Barr said as much in her official statement, co-released with Rabbi Shmuley Boteach, which voiced displeasure at how the show killed off her character.

“While we wish the very best for the cast and production crew of The Conners, all of whom are deeply dedicated to their craft and were Roseanne’s cherished colleagues, we regret that ABC chose to cancel Roseanne by killing off the Roseanne Conner character,” the statement reads. “That it was done through an opioid overdose lent an unnecessary grim and morbid dimension to an otherwise happy family show. This was a choice the network did not have to make.”

Native tribes still haven’t received the stimulus relief money they were promised
The Mystifying World of TikTok Home Tours
Stormy Daniels was arrested while performing at a strip club. Lawyer Michael Avenatti thinks it was ...
The volatility of the Supreme Court, explained in a cartoon
The coronavirus likely came from China’s wet markets. They’re reopening anyway.
Top US military officials are going into quarantine after exposure to Covid-19