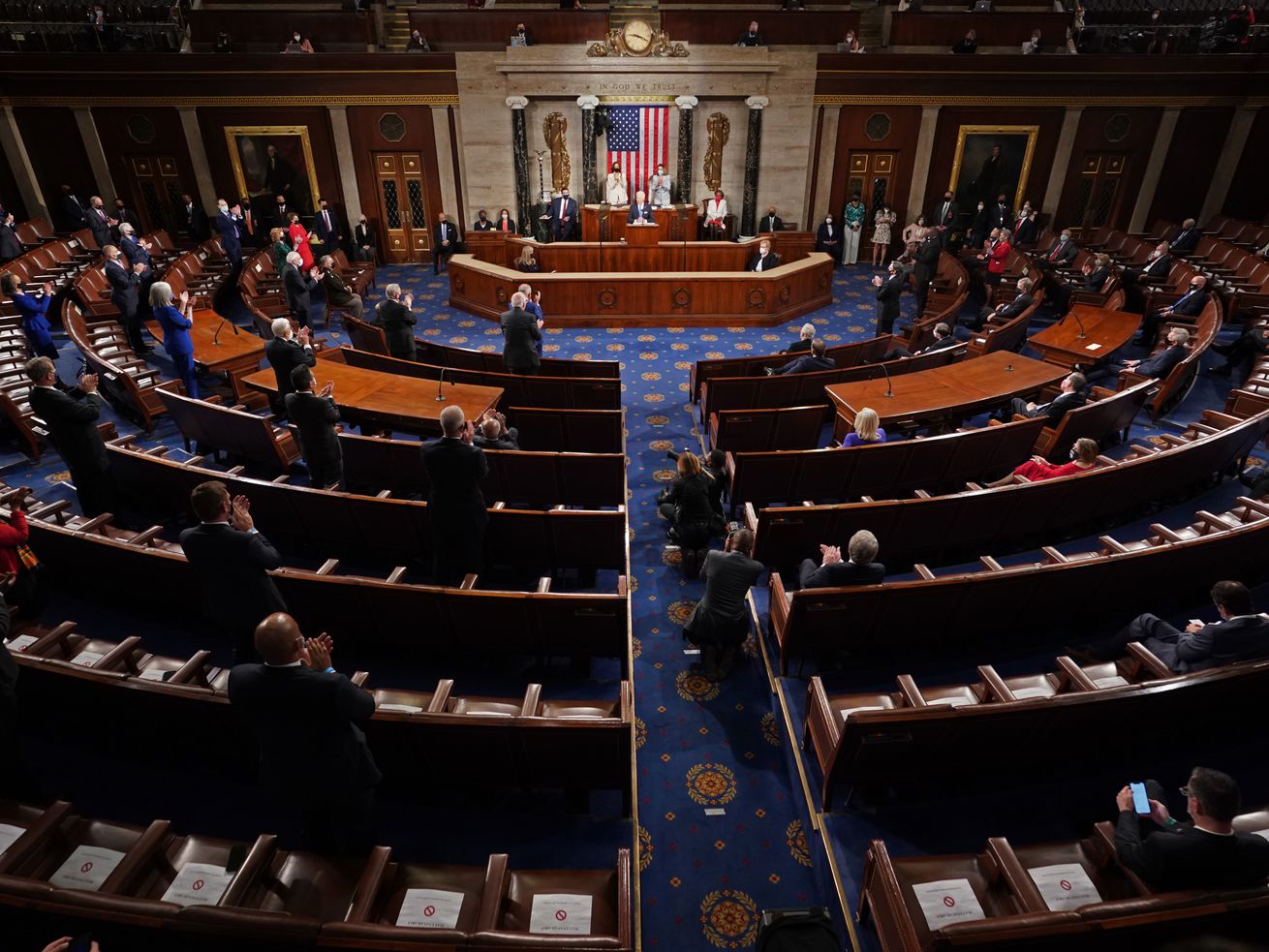 Biden sees his presidency as proving democracy — not authoritarianism — right for the world.

There’s a quote often attributed to Winston Churchill, the former British premier: “Democracy is the worst form of government except for all those other forms that have been tried.”

Churchill’s tongue-in-cheek defense of democracy came just two years after the end of World War II. Totalitarian forces had vied for their chance to lead the world, but democratic powers in Europe and the United States ushered in decades of peace and prosperity instead.

The British leader’s quote came to mind as I listened to President Joe Biden address Congress on Wednesday night on his first 100 days in office, because it was the same kind of full-throated defense of democracy that Churchill made. At a time when democracy around the world is under siege and authoritarian powers like China are on the rise, Biden made it clear that he wants to use his time in the Oval Office to prove democracy right.

“We have to prove democracy still works. That our government still works — and can deliver for the people,” he said during his address on Capitol Hill. “In our first 100 days together, we have acted to restore the people’s faith in our democracy to deliver.”

Those who believe American democracy won’t prevail “are wrong, and we have to prove them wrong.”

It’s a theme Biden has returned to often. During his first press conference in March, the president said “It is clear, absolutely clear … that this is a battle between the utility of democracies in the 21st century and autocracies.”

And just hours before his Wednesday evening address, Biden told CNN’s Jake Tapper and other television presenters that historians would write about “whether or not democracy can function in the 21st century. … The question is: In a democracy that’s such a genius as ours, can you get consensus in the timeframe that can compete with autocracy?”

It’s this idea that seems to animate everything Biden does. Whether it’s pushing trillion-dollar economic and infrastructure plans at home or especially working to outcompete Beijing abroad, the president’s main theme is that democracy is the best form of government, despite all the others.

For some experts, it’s the right note to strike.

“China is arguing that their brand of authoritarian capitalism is predictable and produces prosperity, whereas the American model is socially divisive, politically unpredictable, and economically reckless,” Kori Schake, the director of foreign and defense policy studies at the American Enterprise Institute in Washington, DC, told me. “He’s right” to keep bringing the issue up, she added.

Indeed, it makes sense for Biden to rally around this idea. Former President Trump attacked American democracy and often sided with foreign dictators, so championing democracy conveniently allows for a political separation between the two. Instead of appealing to rationality in an irrational and polarized time, the notion of boosting America’s democracy might calm partisan passions. And at a fundamental level, a functioning US is good for its international standing.

“The American government and American society have to work if the US wants to retain its preeminent international position,” said Justin Logan, a US foreign policy expert at the Cato Institute think tank in Washington, DC. “It may not be able to keep that position, but in the short term, it shouldn’t set its reputation for basic competence on fire, either.”

But beyond being politically expedient, it appears Biden truly believes in his mission. The president, after all, was 3 years old when World War II ended. Biden grew up in a world where democracy was on the rise and bettered millions of lives (some more than others, of course). To lose the world that shaped him — on his watch, no less — is unthinkable, unacceptable, and unwelcome.

Yes, his first congressional address was a boilerplate political speech. It was full of the usual platitudes and won’t change many minds.

But it may be remembered as Biden’s earliest major plea to the nation to join him in proving democracy isn’t as bad as all the other options. It’s the core of the president’s domestic and foreign policy message and, increasingly, the driving force of his presidency.