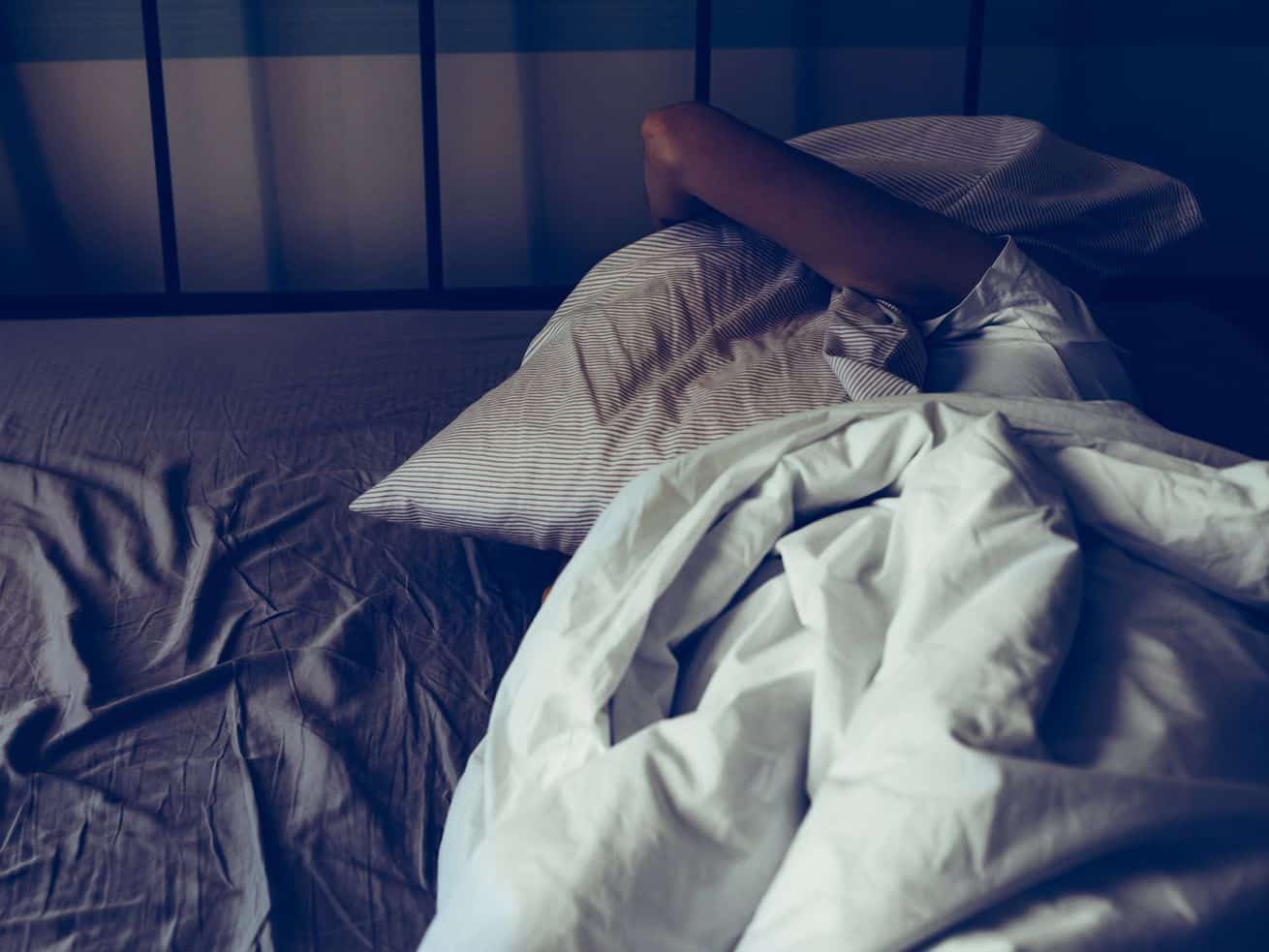 We’re not on the front lines like our partners. But many of us still carry the weight of secondary trauma.

There it is again, that uncomfortable moment where I pause and decide how to answer what used to be such a simple question dropped in conversation with a friend, coworker, or family member — “How‘s it going?”

Should I tell them what they want to hear? That the situation is improving at the hospital where my husband works as an ICU nurse, even though it’s not? Or that things are hard, but we’re getting through it together? Or maybe I should just fill them in on some mundane house tasks I’ve checked off my list, as though it’s the only thing on my mind.

Or do they really want to know how it’s going?

Here’s a glimpse into how my husband’s doing. “A part of me thinks it’s better that patients aren’t with their loved ones when they die right now,” he tells me one day in a text message. I feel that familiar jolt of shock at receiving such an honest revelation from him while I sit at home in a Zoom meeting looking over a marketing email.

He goes on to explain, “One thing we do to help a Covid-19 patient get more oxygen to their lungs is flip them onto their stomach for 16 hours a day. This causes their face to become incredibly swollen and distorted, and can even create bed sores on their nose and chin. It’s not a pretty sight and would probably scar their loved ones to be seen that way right before they die.”

I relayed this information to my dad later. It horrified him, as though I had shared gruesome details of a rare surgery that he didn’t ask to hear. But to me it was top of mind, because it’s nearly every patient my partner sees now. It’s just reality. It’s been my bedtime conversation for a year.

We live in the Bay Area. When news started coming out about Covid-19 cases dropping and businesses opening up again in January, the ICU beds in the unit where my husband works were all still full. For weeks after, they would remain full. The hospital had turned old storage rooms into temporary Covid-19 units, and those rooms were also full. When a patient needs to go to the ICU at this time and there are no beds, they are likely to be sent to another hospital with no beds, and so on — so that they end up ping-ponging back and forth between hospitals until a bed opens up somewhere.

My husband is still working 16 hours most days. He’s not eating or drinking water in those hours. I’m not even totally sure he’s using the bathroom in those hours. Again and again, I send him to the hospital with a meal, and after he comes home and heads straight to the shower, I pull that meal out of his lunchbox and put it right back into our fridge, untouched. And he’s barely sleeping. He wakes up at 5:45 am in order to get to work by 7 am. He comes home after midnight, and has to shower before bed to keep me safe and to save time in the morning. He also has to shave each night so that the N95 mask fits his skin airtight the next day. Then he goes to bed and repeats the cycle.

Every single one of his patients is dying. It is crushing his morale. He is a healer, and he can’t help them. He can’t save anyone. By the time any patient reaches his unit, they have no chance.

“One of the things that makes it hard to keep going is that every morning I wake up, I know my day is going to be shit,” he told me one evening.

I just don’t know what to tell my friends and family anymore. They want to hear that it’s getting better. It’s not. It’s still getting worse.

So how am I doing?

Like many people right now, my mental health is struggling. On weekdays I wake up alone, work until 5 or 6 pm, cook dinner that probably only I will eat, and then I try to figure out how to pass my time alone until bed. On weekends, the hours pass more slowly. I am off of social media, and I don’t watch much TV, as both have exacerbated existing mental health issues for me. I tend to be half awake for a kiss from my partner in the morning before he leaves, and sometimes I wake up at 2 am to feel him asleep next to me in bed. But that’s most of our interactions together when he is working like this.

As a spouse to someone on the front lines of this pandemic, in some ways, I don’t see my experience as all that unique. Extended days of isolation, mental health struggles, and undercurrents of fear have been many of our realities for the past year or more. But what partners of front-line workers like me also carry — what I carry — is the weight of what some might consider secondary trauma.

Asking my husband about his day at work has gone from “How was your day?” to “Do you want to talk about it?” I watch him repeatedly break down and rebuild himself to do what he does. He entrusts me with his experience and coaches me on how to share it with people in our lives. While he works, I talk to our loved ones on the phone, not only to tell them through various filters “how it’s going,” but also to give them what knowledge I can about the virus and the hospitals. I have sort of become the carrier of grief for our family, absorbing what he compartmentalizes — feeling for us both, speaking for us both.

While some people have managed to quarantine and then get tested in order to see each other, my husband doesn’t have that ability due to his job, and therefore neither do I. Especially in the six months after the Bay Area’s first shelter-in-place order, I was completely isolated from any physical interaction with my family and friends. At first, I managed fine with Zoom book clubs and cooking. But once the second surge hit California, my isolation deepened. As the numbers rose, so did the anxiety in our household. I stopped going outside completely, even for walks. At the same time, it felt like so many of my friends and acquaintances were starting to relax.

Many of my companions on Zoom were starting to make loose vacation plans and feel hopeful about the future. It was around this time that I started to censor my truth when chatting with friends and family. I stopped sharing news about the hospital that I knew would just make them sad. I thanked them for calling my husband a hero, instead of screaming that he wouldn’t need to be one if he was given the resources to protect him and our family. I commiserated with careless complaints about small inconveniences, like having to jog outside in a mask, knowing that my husband was suited up head-to-toe all day without food or bathroom breaks.

My husband’s meals began to come home untouched again. Eventually I stopped cooking. Then I mostly stopped eating. Then I stopped turning on my video at work. There was nobody around to see what I was becoming. I started to wonder what the point of living was. I became more isolated in my own mind than I have ever been in my entire life.

And yet I felt like this was nothing compared to what my husband was going through, or to so many others with so much less.

“At least I get to see people at work,” he told me. “I’m not really going through this alone. But you’re just at home by yourself. I wish I could be there with you.”

We had this conversation in August of last year, when my mental health hit its breaking point. After much deliberation, I flew home to my brother’s family in Cleveland to recover some of my sanity. Those first few days with them were a blur. I remember my brother just handing me plates of food again and again as I went about my work day, and slowly it dawned on me to start feeding myself. My brain was coming out of its fog. I played with my brother’s baby and got some vitamin D in their quiet backyard. Each night, I went to sleep with my heart pounding in my ears with terror and shame.

After the first two weeks of being away, once I was sure I hadn’t caught or spread Covid-19 to my family, I began to relax. Even though I missed my husband and worried about him, I also became aware that I wasn’t seeing him much less now than I had been when I was living with him. It became apparent to me just how isolated I’d become. For the first time, I was in a bubble with others and could actually quarantine safely, without the hospital’s exposure. I even performed a stand-up comedy show in my brother’s backyard for a few of his friends — something I hadn’t done in months. Covid-19 was still out there, but it felt less close.

About a month later, I finally had some life back in my eyes and was ready to go back home to my partner. I had found other parts of myself again, and was ready to carry more than just sadness and grief for my family. I returned to the same situation, but with a new outlook.

I understood from the beginning of the pandemic that compared to so many, we are lucky: We don’t have children or elderly loved ones living with us. We are in a state where the union is strong and fights for nurses’ rights as best it can. He’s well paid. I can safely work from home.

Now I also realize that while being partnered to a front-line health care worker has been traumatic, it has helped me grow. I didn’t know before this pandemic that I have a hard time asking for help. Today, I’m much better at asking for what I need. I’m still living the same pandemic life, but with better tools.

I am tired of beating around the bush when it comes to answering that fatal question of the pandemic — “How’s it going?” One of the things I’ve learned is that I don’t have to waste energy pretending. I can be honest. I can tell friends, family, and coworkers the truth: You don’t want to know how it’s going. And for now, that’s enough.

Sam Busa is a principal content designer at Intuit. As a freelancer, she has written marketing and web content for small businesses. She graduated from Sarah Lawrence College with concentrations in poetry, sociology, and new media. Follow her on Twitter: @sammibusa

3 big health care stories to watch for in 2020
The violent protests in Iraq, explained
Exclusive: State Department officials warned Trump not to revoke protections for immigrants
Trump wants to talk about anything but his coronavirus response. His attacks on the WHO show it.
Don’t sleep on Sorry for Your Loss, a terrific new half-hour drama airing on Facebook
Your coronavirus grocery questions, answered by experts