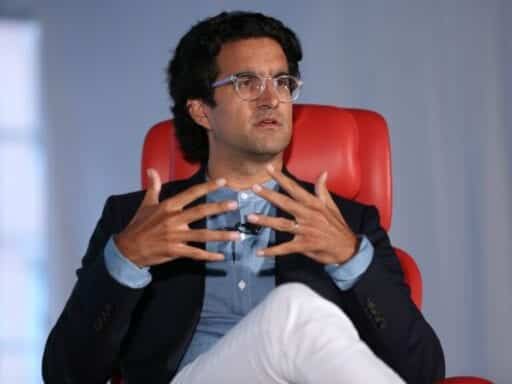 Andy Dunn, who sold Bonobos to Walmart in 2017, is leaving the giant retailer.

Andy Dunn, the founder of menswear brand Bonobos, is leaving Walmart two-plus years after selling his company to the retail giant for $310 million, according to a source.

Dunn was most recently overseeing what was, at one point, supposed to be a key component of Walmart’s digital reinvention: a collection of digital-native brands like Bonobos and Eloquii that were meant to connect with a different demographic of shoppers and provide Walmart with more merchandise that customers couldn’t find on competing sites like Amazon. Walmart has, for the last few years, been trying to overhaul its digital efforts to close the gap in online sales between itself and Amazon, which is more than seven times the size of Walmart in US online retail sales.

But Walmart has scaled back some plans of its e-commerce chief Marc Lore, who, at one point earlier in his tenure, suggested that he might purchase a new digital-native brand every month. Walmart has put the brakes on those acquisitions, as the company’s US e-commerce losses are projected to surpass $1 billion this year, Recode previously reported.

As a result, Dunn’s purview has not grown as much as once imagined. Walmart sold off one of its other digital-native brands, Modcloth, in a fire sale earlier this year and had considered offers for Bonobos. Bonobos also laid off dozens of employees earlier this year.

In an internal memo announcing Dunn’s departure, the company said: “After more than two years innovating new, incubated brands and bringing on important acquired brands, as an entrepreneur at heart, Andy Dunn has decided now is the right time to take the next steps in his career. During the last two and a half years, Andy’s contributions to the organization have been invaluable. He’s been instrumental in building out and growing Walmart’s proprietary brand portfolio. The DNA of the incubated and acquired brands is now a key part of our strategy, and provides us a brand engine we can plug directly into the enterprise.”

Besides Bonobos and Eloquii, the women’s plus-sized clothing brand Walmart bought last year, Dunn oversaw the launch and growth of Allswell, an online and in-store mattress brand that Walmart unveiled in 2018. Lore said at Recode’s Code Commerce event in September that Walmart would focus more on incubating new online businesses inside of Walmart like Allswell that could have mass appeal, instead of acquiring more companies.

Walmart, the world’s largest brick-and-mortar retailer, purchased Bonobos for $310 million in 2017. Under Lore’s digital leadership, Walmart was trying to build out a portfolio of digital-first fashion brands that would attract a generation of younger shoppers who increasingly rely on Amazon for more of their shopping needs. Lore joined Walmart in 2016 when it acquired his startup Jet.com for $3 billion.

Recode reported this summer that Bonobos and Eloquii were still unprofitable, a fact not popular with Walmart corporate leadership, who are used to printing profits. Besides an online presence, both brands also operate physical stores.

Still, the company is continuing to invest in some big e-commerce initiatives. In September, Walmart announced it was launching a $98-a-year grocery delivery service whose product selection it hopes to broaden over time to better compete with the giant selection offered by Amazon’s Prime delivery membership program.

Earlier this year, Walmart also acquired rights to relaunch the once-trendy fashion brand Scoop NYC, but at lower price points. The brand is being sold online and in a small selection of Walmart stores.