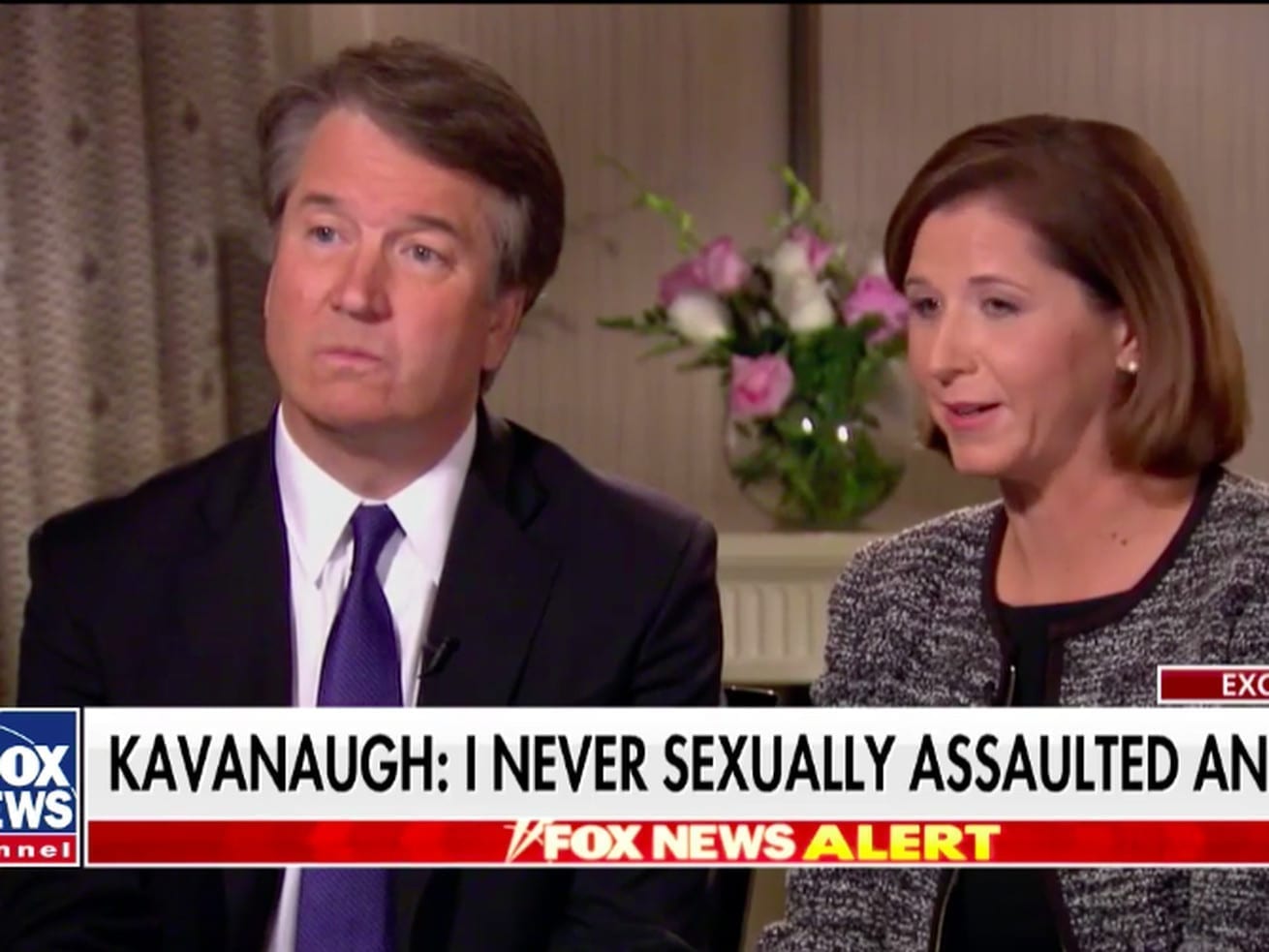 Make it about the Democrats, ignore Christine Blasey Ford.

On Friday, Sen. Jeff Flake (R-AZ) joined a handful of other moderates to force a weeklong FBI investigation of Christine Blasey Ford’s claim that Supreme Court nominee Brett Kavanaugh sexually assaulted her while they were in high school. The late twist is a testament to the power of confrontational activism — it would not have happened had Flake not been dramatically, courageously faced down in a Senate elevator by rape survivors.

Mere hours before that fateful meeting, Flake, like most other Republicans, had said he would vote to confirm Judge Kavanaugh to the Supreme Court without any further investigation. I want to talk about why, and what it says about our politics.

Women confront Sen. Jeff Flake after he says he’ll vote yes to Kavanuagh: “That’s what you’re telling all women in America, that they don’t matter. They should just keep it to themselves because if they have told the truth you’re just going to help that man to power anyway.” pic.twitter.com/T7fSpyT69E

Rewind the tape to Thursday. Republicans ran a clear strategy throughout the day: Make the nomination a referendum on the Democrats’ behavior, not Ford’s allegations.

Republicans never discredited Ford’s testimony; most of them never even said they doubted her. They just erased her. At every possible opportunity, both before and after her testimony, they changed the subject away from her, and back to the Democrats, back to the tribal collision.

This is Trump’s approach to politics. Fire up the base. Attack your enemies. Don’t admit doubt or error or wrongdoing. Make it about their unfair treatment of you rather than about anything you did, or might have done. Make it zero-sum. Make it about us versus them, and leave no room for any other choices. And Thursday showed how, and why, it works.

The GOP’s strategy: make it about Democrats, erase Ford

You heard it in Sen. Chuck Grassley’s (R-IA) opening statement, which was focused on whether Sen. Dianne Feinstein (D-CA) handled the letter properly. “I lament the way this hearing has come about,” he said. Grassley didn’t mention the sexual assault allegations the committee had convened to consider, and, amazingly, he failed to introduce the witness, Ford.

You heard it in Brett Kavanaugh’s opening statement. “This whole two-week effort has been a calculated and orchestrated political hit, fueled with apparent pent-up anger about President Trump and the 2016 election, fear that has been unfairly stoked about my judicial record,” he raged. “Revenge on behalf of the Clintons and millions of dollars in money from outside left-wing opposition groups. This is a circus.”

If that sounds familiar, well, it is. Donald Trump, on Wednesday night, reportedly took a personal role in Kavanaugh’s defense. And Kavanaugh, on Thursday, burst into the hearing sounding almost exactly like Trump, a pitch we’d never heard from him before. (It’s also worth saying that Kavanaugh, again echoing Trump’s stratagems, lied repeatedly, and, at times, obviously, as when he said the “Renate Alumnus” club was “intended to show affection in that she was one of us.”)

“Your coordinated and well-funded effort to destroy my good name and destroy my family will not drive me out,” Kavanaugh said glaring at the Democrats. He interrupted his questioners, badgered them, yelled at them, mocked them. It was a new cadence for him, but it’s the only cadence we’ve ever seen from Trump.

You heard it in the questions Republicans asked of Kavanaugh — questions that were almost always directed at the Democrats on the committee, not the witness sitting before them. Midway through the hearing, Sen. Lindsey Graham (R-SC) shut down their handpicked prosecutor, Rachel Mitchell, and took the microphone. “Boy, you all want power,” he spat at the Democrats. “God, I hope you never get it. I hope the American people can see through this sham.”

You heard this in the repeated attacks on attorney Michael Avenatti, whose client, Julie Swetrick — another woman who has accused Kavanaugh of sexual misconduct — had not been invited to testify, and who wasn’t at the hearing, but who serves as a much more effective enemy to rally Republicans around than Ford. You can see it in the way the White House has walled off Swetrick’s allegations from the FBI’s investigation, hoping, clearly, to drown the inquiry out in a loud fight with Avenatti.

You saw it in the places Republicans went to defend themselves. Kavanaugh and his wife didn’t give their televised interview on Good Morning America, or on NBC’s Nightly News. They went to Fox News. Graham followed his attack by appearing on Sean Hannity’s show. Republicans knew who they were talking to.

The choice Republicans constructed on Kavanaugh never made rational sense. You could believe the Democrats mishandled Ford’s allegations and still believe Ford’s allegations need to be seriously investigated. You can think Avenatti a camera-hungry showboat and still be disturbed that there are now multiple allegations of sexual assault against Kavanaugh. And if you think it possible that Ford’s memory is failing her, then you damn well better admit it’s possible that Kavanaugh’s memory is failing him.

But the choice made emotional sense. It made tribal sense. It took the focus off a sympathetic victim and, for Republicans, place it squarely on a threatening enemy. The strategy fired up conservatives, and that gave Kavanaugh and his supporters leverage. “Any Republican who abandons [Kavanaugh] now will abandon the electorate that put them in power,” wrote the National Review’s David French.

“To my Republican colleagues,” Graham said, “if you vote no, you’re legitimizing the most despicable thing I have seen in my time in politics.” Then he turned to the Democrats on the committee. “You want this seat,” he sneered. “I hope you never get it.”

This is what Trump understands about politics, and always has. In an age of polarized parties and social media supporters, a loyal base matters more than broad support. Don’t apologize. Don’t admit doubt. Don’t release your tax returns or allow an investigation or try to compromise. Instead, raise the stakes. Make it a war. Make it a question of identity, of survival.

And it would’ve worked, if at the last minute, two women hadn’t confronted Flake in an elevator and forced him to see Ford’s testimony again, to see sexual assault survivors in all this, to see more than Republican versus Democrat, to break out of the framework Kavanaugh and his defenders constructed.

But moments like that are the exception, not the rule. Trump’s strategy works, and his whole party is learning how to run it.

Indoor cycling can be great for your heart — and toxic for your ears
Trump says WHO didn’t share early information about Covid-19. A new report shows that’s not the case...
One of Peter Thiel’s closest aides might run for the US Senate
The Obamas’ Aretha Franklin tribute is an elegant reminder of how she united us
Joe Biden and Bernie Sanders had 2 very different answers to Trump’s official 2020 campaign launch
House Democrats say migrants aren’t getting fair hearings at tent courts on the border