The House impeachment vote won’t remove Trump from office. Here’s what can. 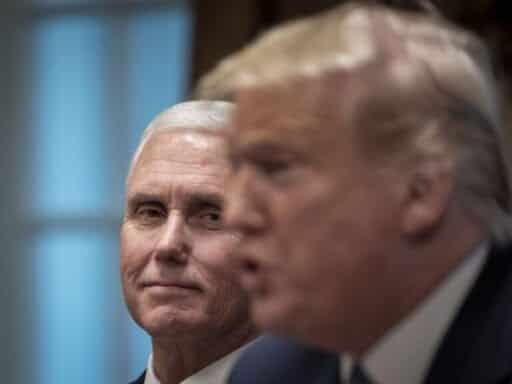 If Trump is going to be ousted from office via impeachment, it’s going to require a very unlikely conviction in the Senate.

President Donald Trump faces imminent impeachment by the House of Representatives, but that doesn’t mean he’ll be removed from office. For the president to be ousted from the White House via impeachment, the Senate has to convict him with a two-thirds majority — a tall order, given that it’s currently in Republican hands.

On Wednesday, the House will debate and likely vote on two articles of impeachment that the House Judiciary Committee approved last week. The articles charge the president with abuse of power and obstruction of justice, both of which are tied to the Ukraine scandal and Trump’s urging of Ukrainian President Volodymyr Zelensky to investigate his political rival, former Vice President Joe Biden, and his son, Hunter Biden.

The House is widely expected to pass those two articles — a handful of Democrats are expected to deflect and vote against impeachment, while Republicans will likely hold the line. But impeaching a president doesn’t immediately result in their exit from the White House. (Remember Bill Clinton, anyone?)

Once the House votes, the matter moves to the Senate, which will weigh whether to convict the president. There will be a trial, over which Supreme Court Chief Justice John Roberts will preside.

Beyond that, there’s still some wrangling over what, exactly, the trial will look like. Senate Majority Leader Mitch McConnell (R-KY) appears to have one thing in mind, while Senate Minority Leader Chuck Schumer (D-NY) wants it to go another way. And, of course, GOP senators are dealing with the president’s wants (and tweets), too.

Vox’s Matt Yglesias and Andrew Prokop laid out what is and isn’t delineated by law in the Senate’s role in impeachment and the trial:

In this trial, the House of Representatives acts as a prosecutor and chooses certain “impeachment managers” to argue their case in the Senate. Then, the president’s lawyers are the defense team — the president does not have to appear in person and historically has not. The chief justice of the Supreme Court presides and is responsible for making procedural rulings during the trial, but the Senate can vote to overrule his decisions.

Now, though this is referred to as a trial, it is, again, a political and not legal process, so it doesn’t have to follow the ordinary rules and practices of a criminal trial. Again, it’s up the Senate to decide how to structure it — for instance, they can call witnesses to give live testimony (as they did for Andrew Johnson), or decide not to (as they did for Bill Clinton).

However the trial is structured, it ends with senators voting on the two “charges” — and Trump’s removal from office would require 67 “yes” votes on one or both articles.

There are currently 53 Republicans, 45 Democrats, and two independents (who generally vote with Democrats) in the Senate, meaning 20 GOP members would have to defect to convict Trump. That’s … very unlikely to happen, to put it mildly. Multiple Republican senators have signaled that their minds are already made up on impeachment, and it’s unclear whether any, let alone 20, are going to vote to convict.

The other way to remove the president: the 25th Amendment

Specifically, that’s Section 4 of the 25th Amendment to the Constitution. The amendment states that if, for whatever reason, the vice president and a majority of sitting Cabinet secretaries decide that the president is “unable to discharge the powers and duties of his office,” they can simply put that down in writing and send it to two people — the speaker of the House and the Senate’s president pro tempore.

Then the vice president would immediately become “acting president,” and take over all the president’s powers.

Let that sink in — one vice president and any eight Cabinet officers can, theoretically, decide to knock the president out of power at any time.

If the president wants to dispute this move, he can, but then it would be up to Congress to settle the matter with a vote. A two-thirds majority in both houses would be necessary to keep the vice president in charge. If that threshold isn’t reached, the president would regain his powers.

But the 25th Amendment has never been invoked to remove a sitting president. In other words, if Trump goes, it will probably be the result of the ballot box in 2020.

Vox Sentences: A huge victory for LGBTQ rights in India
Netroots Nation, explained
Sign up for The Goods by Vox newsletter
Joker has toxic fans. Does that mean it shouldn’t exist?
MJ Hegar: a mom, veteran and now politician
The controversy surrounding the Times’s handling of the latest Kavanaugh allegation, explained