The importance of Elijah Cummings’s fight for voting rights 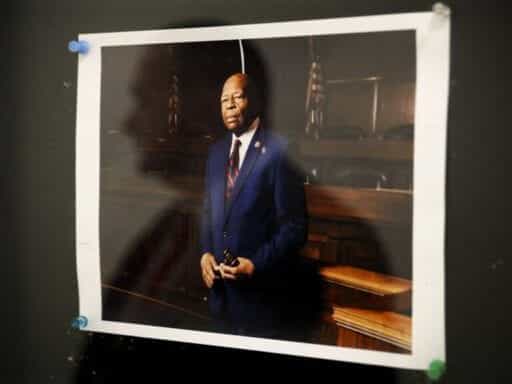 “I will fight until the death to make sure every citizen … has that right to vote.”

Over the course of his 12 terms in Congress, US Representative Elijah Cummings was a powerful Democratic leader, spearheading the influential House Oversight Committee and becoming a forceful voice for the Democratic Party on a number of civil rights issues. One area where his advocacy proved to be especially powerful was in the field of voting rights, and for years Cummings served as one of the staunchest defenders of the franchise in Congress.

This attention to voting was deeply connected to other issues advocated for by the congressman, who died at 68 on Thursday after experiencing complications from long-standing health issues. From the earliest days of his congressional career, Cummings, a Baltimore native, called for the government to better address the needs of people of color by strengthening civil rights protections. On the matter of voting rights, the congressman argued that the right to vote was fundamental to American democracy and served as the cornerstone for all other rights.

On the House Oversight Committee, the member of Congress was a fierce opponent of voter suppression and of any state governments accused of advancing it, launching investigations into states like Georgia and Texas. Over the years, Cummings also closely watched organizations accused of targeting voters of color.

While most media attention to Cummings in the past few years centered on his criticism of the Trump administration, he was still highly attentive to voting issues. Earlier this year, for example, he directed his committee to launch an investigation into allegations of voter suppression in several states where voters reported having difficulties in the 2018 midterms.

The investigations led to criticism from some political opponents, particularly Republican legislators who argued that the state probes were unnecessary and raised “serious federalism concerns.” But six years after a key part of the Voting Rights Act was struck down by the Supreme Court in 2013, Cummings’s fight was supported by civil rights groups and other political figures worried about the hundreds of voting restrictions introduced by states since 2010.

Our nation has lost a mighty fighter for democracy, accountability, equity and justice with the tragic loss of Congressman Elijah Cummings. He never forgot that his was borrowed power, which he wielded in defense of the vulnerable and on behalf of the American people. #RIPElijah

This appreciation was voiced by several voting rights groups and politicians as they mourned Cummings’s death on Thursday, the same day the House held two separate previously scheduled congressional hearings about voter suppression and the Voting Rights Act.

“He was a fierce advocate for voting rights, championing access to the ballot for every eligible voter,” Michael Waldman, president of the Brennan Center for Justice, said in a Thursday statement. “He was a leader in the fight against voter suppression laws and other tactics, like voter purges, that can silence people’s voices.”

“I don’t give a damn how you look at it: There are efforts to stop people from voting.”

Elijah Cummings’s advocacy on voting rights dates back years, with him regularly speaking out about the importance of unimpeded access to the ballot, especially for African Americans denied the right to vote for generations. Cummings was also aggressive in his condemnation of groups that he saw as threatening this right.

In 2012, for example, Cummings launched an investigation into True the Vote, a Tea Party-linked anti-voter fraud initiative that supports aggressive voter roll purges and pledged to deploy thousands of volunteers to monitor polling places during the 2012 election. Cummings argued that the group was aggressively and incorrectly challenging valid registrations from voters of color and that it had “a horrendous record of filing inaccurate voter registration challenges.”

Cummings said the group’s actions were just one part of a larger problem: that some communities, particularly communities of color, faced numerous obstacles when trying to access the ballot. “This country has witnessed very slow progress equality in voting,” he said during a February 2013 speech on the House floor. “Sadly, we’re still fighting for the right to vote for all Americans.”

Months after that speech, the Supreme Court’s conservative majority would vote in Shelby County v. Holder to strike down a part of the Voting Rights Act that required certain states and jurisdictions with a history of discriminatory voting laws to have voting and election changes approved by the federal government.

Cummings lamented the decision, saying that it “significantly slows the march of progress we’ve made since the Voting Rights Act was first enacted in 1965.”

“There is still persistent voter discrimination that must be addressed, from longer voting lines for minorities to the racially motivated efforts to suppress the vote,” he added.

In the years after the Shelby ruling, Cummings would continue to call for the full restoration of the Voting Rights Act. Even as he emerged as a prominent and powerful critic of the Trump administration and became active in congressional discussions over the president’s alleged dealings with Russia, Cummings argued that preserving and expanding the right to vote was a critical task of his committee. He criticized states like North Carolina and Texas for passing laws that affected the voting rights of marginalized communities.

In some ways, the issue was personal, and Cummings often paired his calls for voting rights with stories of how his own family members had struggled to vote. “On my mother’s dying bed, 92 years old … her last words were, ‘Do not let them take our votes away from us,’” Cummings said during a February 2019 congressional hearing on the For the People Act, an anti-corruption bill that also included voting reforms.

“There are efforts to stop people from voting,” he said. “That’s not right. This is not Russia. This is the USA!”pic.twitter.com/9d8ZICW5is

“Voting is crucial,” he continued. “And I don’t give a damn how you look at it: There are efforts to stop people from voting. That’s not right. This is not Russia. This is the United States of America.”

A month after his February comments, Democrats on the Cummings-led House Oversight Committee launched an investigation into claims that several states had suppressed voters during the 2018 elections. The first investigation announced was in Georgia, where Gov. Brian Kemp, who served as the state’s chief elections official and a gubernatorial candidate simultaneously, won an election marred by allegations of voter suppression due to the purges of hundreds of thousands of voters, the closure of more than 200 polling places, and long lines and ballot issues on Election Day.

In a pair of letters sent to Kemp and current Georgia Secretary of State Brad Raffensperger in March, Cummings, joined by Subcommittee on Civil Rights and Civil Liberties chair Rep. Jamie Raskin (D-MD), announced that they were looking into reports of problems relating to “voter registration, voter access, and other matters affecting the ability of people in Georgia to exercise their right to vote.”

The lawmakers requested a number of materials from the state, including documents “related to closing, moving, or consolidating polling sites,” details about voting machines, and communications related to the thousands of voter registrations placed on hold for failing to clear an “exact match” policy that compared voter registration information to state and federal documents like driver’s licenses and Social Security cards.

Weeks later, the committee expanded its investigation into other states, including Texas and Kansas, which had been accused of attempting to purge naturalized citizens and moving a polling place away from nonwhite voters, respectively. Cummings argued that the investigations, which were met with criticism and limited compliance by some state officials, were necessary to ensure that all people who wanted to vote in these states were able to.

As civil rights and voting rights groups continue to fight against voting-related laws in states like Florida, Georgia, Tennessee, and Texas, advocates have argued that congressional support is critical to their mission, noting that Congress is the federal body with the power to fully restore the Voting Rights Act. And while other members of Congress, like Alabama Rep. Terri Sewell, are also forceful supporters of voting rights, Cummings’s passing marks the loss of a powerful voice in the fight for fair access to the ballot.

Jason Statham and a colossal shark can’t save The Meg from a lifeless existence
She spent more than $110,000 on drug rehab. Her son still died.
The full list of 2018 Emmy nominees
Your questions about WTF is going on with Brexit, answered
Special counsel Robert Mueller has agreed to testify in front of Congress
Congress passes bill to avert another government shutdown — for now