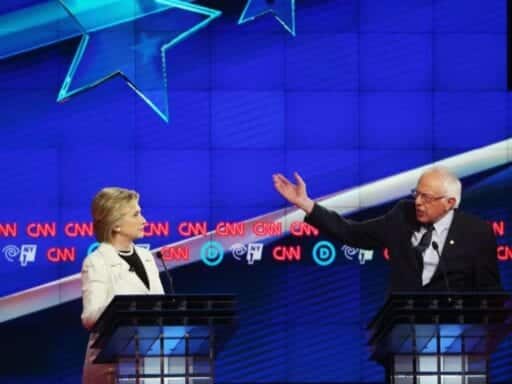 The indictments suggest Russian hackers and Wikileaks planned to sow discord between Clinton and Sanders camps during the 2016 Democratic National Convention.

The new indictments released Friday by special counsel Robert Mueller provide concrete evidence that the release of the hacked DNC emails was timed for maximum political impact: They suggest Russian intelligence agents and Wikileaks planned to engineer discord between the supporters of Bernie Sanders and Hillary Clinton during the 2016 Democratic National Convention.

There’s a lot in these indictments, but one standout is a snippet of conversation between the Russian hackers (referred to in the indictments as the “Conspirators,”) and Wikileaks (referred to as “Organization 1”) in the trove of documents released by Mueller on Friday.

The conversations between the Russians and Wikileaks allegedly took place on or around July 6, 2016 — a few weeks before the Democratic National Convention was held in Philadelphia from July 25 through to July 28.

Around July 6, Wikileaks corresponded with the Russian intelligence officers, saying, “if you have anything hillary related we want it in the next tweo [sic] days prefable [sic] because the DNC is approaching and she will solidify bernie supporters behind her after.”

“ok … i see,” the Russians responded.

Then, Wikileaks explained their motives for wanting information that would reveal the tension between the Sanders and Hillary camps.

“we think trump has only a 25% chance of winning against hillary … so conflict between bernie and hillary is interesting,” Wikileaks responded.

Here’s the snippet from the indictments:

To be sure, the tension between Sanders and Clinton was present long before the emails were released — it’s one reason the DNC emails made such a splash, because members were privately belittling Sanders and his campaign in emails. But Wikileaks and the Russians knew that releasing that information at the opportune time would have ripple effects (even though the correspondence makes it seem like they still didn’t think Trump’s election was likely).

The 2016 Democratic National Convention was meant to be the moment after a long and bitterly fought primary where Sanders and Clinton were supposed to come together to focus on defeating Trump and the Republicans. Sanders actively encouraged his supporters to get out and vote for Clinton in speeches at the convention.

But with the leaked emails as the backdrop, his message was booed at every turn. Many Sanders supporters booed mentions of Clinton’s name at the convention — and some ultimately did not heed his call to vote for her in 2016.

“It is easy to boo, but it is harder to look your kids in the face who would be living under Donald Trump,” Sanders told a crowd of angry supporters at one point.

Bernie: it’s easy to boo, much harder to deal with the reality of electing Trump #DemsInPhilly pic.twitter.com/IhMlUrly0m

There’s been a lot of speculation about how the trove of leaked Democratic National Committee documents spurred discord between the two groups. The indictments suggest that this is exactly what the Russian operatives wanted.