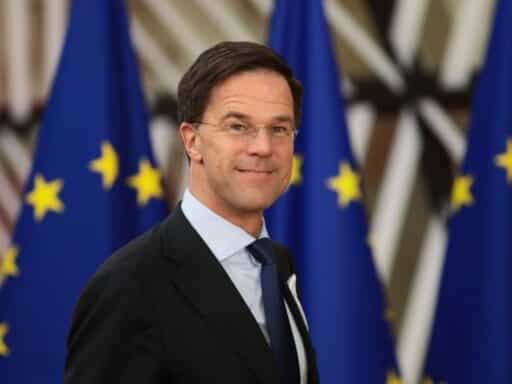 A new Dutch proposal would put climate at the center of national politics.

Last week, a coalition of seven Dutch political parties unveiled a climate policy proposal that is breathtaking in its ambition. If it becomes law, it will codify the most stringent targets for greenhouse gas reductions of any country in the world.

There are still several steps between the proposal and passage, including debate in both houses of Parliament, and lawmakers may make changes. But given the broad political support — the parties involved control 113 of 150 seats in Parliament — it is widely expected to pass in something like its current form by late next summer.

It would be the world’s eighth national climate law (after the UK, Mexico, Denmark, Finland, France, Norway, and Sweden), but it boasts a few features that make it particularly notable.

It’s bipartisan! Or rather, heptapartisan.

Here in the US, we’ve grown depressingly accustomed to climate battles breaking down along partisan lines: Democrats push (inadequate) solutions; Republicans deny that the problem exists or that anything needs to be done about it.

In contrast, the Dutch proposal is supported by a coalition of parties ranging from the far left to the center-right, together representing a large majority of seats in the Dutch Parliament. (One notable absence: the right-wing populist party, Party for Freedom, led by notorious Islamophobe Geert Wilders.) The current prime minister, Mark Rutte, leads the center-right People’s Party for Freedom and Democracy (VVD), which is one of the bill’s primary supporters.

The proposal represents a degree of social and political consensus that is almost unthinkable in the US — not only that climate change is “real” (an absurd debate only the US is having), but that it’s urgent and that national policy should support the goals agreed to in Paris. Those goals obligate developed countries like the Netherlands to virtually eliminate carbon emissions by mid-century.

It would be like John McCain throwing his weight behind Alexandria Ocasio-Cortez’s climate policies.

If passed as proposed, the Dutch law would be the world’s most stringent, putting into statute the following targets:

The targets are based on a report last year from the country’s environmental agency, which revealed that the Netherlands (like every other country on Earth) would not accomplish its portion of the Paris targets with current policy. Paris targets imply that all developed countries need to be at or near carbon-neutral by 2050.

Hitting these goals will involve a wide range of investments in everything from district heating to carbon sequestration. The new government has also committed to phasing out coal by 2030, which will mean shutting down three coal plants that only finished construction recently.

It ensures climate will get ongoing attention

Under the bill, every year, the Dutch Parliament and the Cabinet will discuss and debate the year’s progress toward decarbonization goals. With independent advice from the Council of State, they will adjust programs as necessary to stay on track, in something analogous to a yearly budgeting process.

Then, on the fourth Thursday of October — “Climate Day” — the government will issue a public memorandum reviewing progress toward climate goals and laying out plans for the year ahead.

If nothing else, yearly reviews will keep climate in the forefront of Dutch politics, and in the public eye.

Every five years, the climate law will be revised and updated, to ensure the country stays in alignment with Paris targets.

The climate law does not specify any policies — only targets and timelines — and it says nothing about legal enforcement mechanisms to guarantee that targets are met. It implicitly relies on the power of transparency to do the work of forcing future governments to implement actual policies.

The assumption is that governments will be embarrassed and suffer politically if they report inadequate progress year after year. The Paris agreement relies on a similar dynamic: the power of reputational risk to do the work of accountability.

That aspect of the proposal has drawn some criticism. Dennis van Berkel of the Dutch NGO Urgenda, which sued the Dutch government in 2013 for failing to address climate change, told Green News that the law is a “paper tiger.” A legally binding target for 2030 was removed from the initial draft, he said, along with short-term carbon budgets.

“What remains is unfortunately a largely symbolic act which only ensures that a yearly climate debate is organised which reports on the route towards the 2050 target,” he said, “but which gives very little assurance that real action is taken.”

I get why Dutch climate campaigners want to keep the pressure on (that’s their job), but this seems a bit uncharitable. Since only the 2050 target is legally binding, it would be possible for Dutch politicians to fritter and fail for the next 30 years, to do nothing but have annual meetings to no effect, but to believe that will happen is to completely dismiss the power of transparency and democratic accountability. Politicians don’t want to be seen as failing!

The bill will ensure that climate change is put in the spotlight every year. And it contains an unambiguous long-term target, with required adjustments every five years. If Dutch politicians do fail on climate goals going forward, they won’t be able to hide or downplay it. The failure will be extremely public. That matters.

Along with the newly aggressive domestic policy has come a newly aggressive posture toward European Union climate policy. Rutte recently called upon the EU to revise its collective carbon target up to 55 percent below 1990 levels by 2030. (Germany’s outgoing environment minister dismissed the call as “unrealistic.”)

Alongside the UK, which also recently signaled that it might aim for a zero-carbon goal, the Netherlands is going from laggard to leader on climate at a dizzying pace.

I wasn’t sure I’d live to see it, but it looks like a substantial bloc of nations is forming that is taking climate change science seriously and making policy around it. The more nations that put carbon neutrality on record as the appropriate mid-century goal, the more difficult it will become for other industrialized nations to justify planning otherwise.

Meanwhile, as countries across the world plot a course toward a sustainable future, US policy falls farther and farther behind. America, increasingly alone among nations, still clings, eyes shut tight, to the dirty past.