The stakes for health care in Trump’s next SCOTUS pick 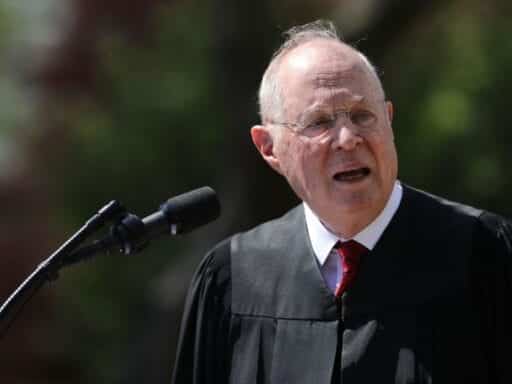 Anthony Kennedy’s departure from the Supreme Court could have significant repercussions for health care.

Anthony Kennedy’s departure from the Supreme Court could have significant repercussions for health care, but not in the way you might think.

First things first: Is Obamacare in jeopardy now that another Donald Trump-appointed justice will be on the nation’s highest bench?

Never say never when the courts get involved in health care, but probably not.

There is reason to think Roberts will be skeptical of the latest challenge being brought against the ACA, which seeks to use Roberts’s own logic in his 2012 ruling for Obamacare to justify overturning the law now. Since the Court upheld the individual mandate as a tax in 2012, and now that the penalty for not having insurance was repealed in the Republican tax bill, the mandate is unconstitutional, along with the rest of the law, Texas and several other GOP-led states have argued.

The case’s problems are twofold, libertarian law professor Jonathan Adler, who supported previous litigation against the law, told me. First, it’s not at all clear that there is anybody being harmed in this case, which means the states might not have standing to sue.

Second, based on the position that Roberts took in his 2012 decision, even if the justices found the mandate to now be unconstitutional, the rest of the law could very well be allowed to stand without it.

”Standing is a stretch and providing relief would require abandoning much of what he said in NFIB [the Supreme Court case National Federation of Independent Business (NFIB) v. Sebelius] and his approach to severability,” Alder said.

The Texas case, which now has the partial support of the Trump administration, could very well end up in front of the Court. But it’s been John Roberts, twice now, who was the fifth vote in favor of Obamacare. Kennedy’s absence doesn’t change that equation.

But there is an unsettled piece of health care law where Kennedy’s departure could make a big difference.

As Axios’s Caitlin Owens explained, Kennedy had been an important vote in previous cases that set the precedent for health care providers and other private entities to sue if Medicaid refuses to cover certain services.

Top conservative scholars want to reverse that precedent and establish a new reality where providers and others wouldn’t be able to challenge in court a state Medicaid program’s decision not to cover something. Trump’s next chosen justice will probably be more willing to take that position with no qualifications than Kennedy was.

This could be a live issue in front of the Court soon: Owens noted that Kansas and Louisiana are already tied up in litigation over the states’ cuts to Planned Parenthood, lawsuits that will be determined in part on whether Planned Parenthood can sue to block the cuts.

This is the big one, of course, given Kennedy’s previous rulings for abortion rights. With Sens. Susan Collins and Lisa Murkowski — two pro-abortion rights Republicans — as the likely swing votes on Trump’s nominee in the Senate, it could be the issue that makes or breaks the confirmation process.

Here is how Vox’s Dylan Matthews described the stakes for Roe v. Wadeunder a Kennedy-less Court:

Kennedy’s replacement will be much likelier to join a decision overturning Roe v. Wade, giving states the ability to ban abortions as early as the first trimester.

This may take years after the replacement’s confirmation; a state would need to pass a law clearly incompatible with the Court’s existing approach to abortion rights and wait for the challenge to reach the Supreme Court before the new justice would have a chance to join a ruling. The anti-abortion movement might choose a more cautious strategy, instead chipping away at Roe with measures that fall short of outright bans.

But with Kennedy gone, the votes for an outright reversal of Roe would probably be there.

There is a chance that Roberts’s alleged deference to settled precedents could save Roe, but Matthews says we have good reason to be skeptical. The better question might be whether anti-abortion activists try to overturn the 1972 decision all at once or whether they try to chip away at it more incrementally.

Two Proud Boys have been charged with conspiracy in the US Capitol insurrection
Social tipping points are the only hope for the climate
Sen. John McCain dies at 81
Most Democratic voters still haven’t settled on a candidate
The nuanced political impact of wine cave fundraisers, explained
All those hacks got Amazon’s Ring sued