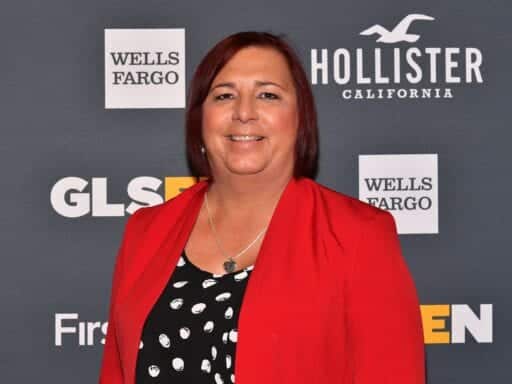 Stephanie Byers, elected to the Kansas House of Representatives in 2020, attends the GLSEN 2018 Respect Awards at Cipriani 42nd Street on May 21, 2018, in New York City. | Dia Dipasupil/Getty Images for GLSEN

Though the outcome of the presidential race remains uncertain, Tuesday night was a win for LGBTQ representation at the state level, with key victories for several openly trans lawmakers in a year when many have faced harassment.

Titone wasn’t the only one forced to contend with such tactics. This year has been marked by discriminatory attacks on trans officials and candidates, from McBride, who was the target of transphobic Facebook ads, to Pennsylvania Secretary of Health Rachel Levine, who has faced bigoted attacks from local businesses as she leads her state’s response to the Covid-19 pandemic.

However, the attacks were not enough to keep trans candidates from victory on Election Day. The number of openly trans state legislators in the country nearly doubled, from four to seven. And the victories took place against a backdrop of larger gains for LGBTQ lawmakers, with at least 160 LGBTQ candidates winning their races as of Wednesday, according to the LGBTQ Victory Fund, a group that works to increase LGBTQ representation in government.

The wins by trans candidates “reflect where America stands on the inclusion of LGBTQ people in our nation’s politics and each one represents an important step forward on the march toward equality,” Mayor Annise Parker, president of the fund, said in a statement to media on Wednesday.

Trans lawmakers recorded wins from the Northeast to the Mountain West. Here are some details to know about some of the winners:

In addition to wins by trans lawmakers, Mauree Turner became the first openly nonbinary state legislator in the country, winning a seat in the Oklahoma state House. The night also included other high-profile wins for LGBTQ candidates, including Ritchie Torres and Mondaire Jones of New York, who will become the first openly gay Black members of the US Congress.