The police shooting of Breonna Taylor, a black woman who was killed in her apartment, explained 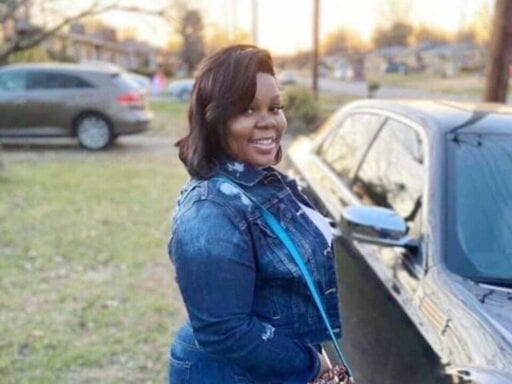 Share
Loading...
Breonna Taylor in an undated family photo. She was fatally shot in her apartment by Louisville police on March 13. | Justice for Breonna

An essential worker, Taylor was fatally shot in March. Her death is just starting to get national attention now.

Breonna Taylor’s mother was worried about her daughter getting coronavirus.

An EMT who wanted to be a nurse, the 26-year-old Taylor was an essential worker providing health care as the pandemic worsened earlier this year.

Her mother, Tamika Palmer, told her, “make sure you wash your hands,” Palmer recalled to the 19th, a nonprofit newsroom that partnered with the Washington Post for the story.

She didn’t think Taylor would be at risk in her own home. But late at night on March 13, Taylor was fatally shot by police in her Louisville, Kentucky, apartment. The officers were investigating two people suspected of selling drugs, neither of whom was Taylor, according to USA Today.

The Louisville Metro Police Department declined to comment on the case to the 19th, citing an ongoing investigation. Taylor’s family members, who are alleging excessive force and gross negligence in her death, filed suit on April 27 against the three officers involved in the shooting. They — and others — are also asking why it has taken so long for the case to gain public attention.

Breonna Taylor was killed two months ago, and we’re just hearing about it. How many people do we never hear about? https://t.co/6vHA8qpJtm

The fatal shooting of Ahmaud Arbery, an unarmed black man killed while jogging, has sparked national outrage after his family released a video of his death last week. His case also went months with only a limited investigation; it wasn’t until the video went viral that the two white men involved with shooting were arrested. Thousands of Americans went running to commemorate what would have been Arbery’s 26th birthday in early May, publicizing their action with the hashtag #IRunWithMaud. Now many say Taylor’s death deserves the same kind of widespread attention.

Taylor’s family has retained Ben Crump, an attorney also working with Arbery’s family, to represent them in the case. “If you ran for Ahmaud, you need to stand for Bre,” Crump told the 19th.

Police came looking for a drug suspect. Breonna Taylor ended up dead instead.

On the night of March 13, Louisville police had a warrant to enter Taylor’s apartment because they believed that a suspect in a narcotics investigation was storing drugs or money or receiving packages at her home, according to USA Today.

However, according to the suit filed by Taylor’s family, the man police were searching for, Jamarcus Glover, did not live in her apartment complex and had already been detained by the time officers showed up. Taylor had dated Glover two years ago, according to another family attorney, Sam Aguiar, and did not maintain an active friendship with him.

Police said that the officers knocked on the door to announce themselves. But multiple neighbors say the officers neither knocked nor identified themselves, according to the family’s lawsuit. It was later uncovered that the police had been granted a no-knock warrant by a judge, which allowed them to enter Taylor’s apartment without announcing themselves. They also weren’t wearing body cams.

When police arrived, Taylor’s boyfriend, Kenneth Walker, says he woke up and believed someone was trying to break into the apartment. He fired a shot, hitting an officer in the leg.

Police then fired more than 20 rounds into the apartment. Taylor was hit eight times and died at the scene, USA Today reported. Walker was arrested and charged with attempted murder of a police officer.

Police found no drugs in the apartment, and both Taylor and Walker have no criminal history.

Meanwhile, one of the officers who raided Taylor’s apartment was already facing an ongoing federal lawsuit at the time of her death. In October 2019, Kendrick Wilson sued Officer Brett Hankison, accusing him of “harassing suspects with unnecessary arrests and planting drugs on them,” according to USA Today. Wilson alleges that Hankison targeted him and arrested him three times in a two-year period. He also alleges the existence of body-cam footage in which Hankison jokes about “planting dope” on him, according to USA Today.

“I want justice for her,” Palmer, Taylor’s mother, told the 19th. “I want them to say her name. There’s no reason Breonna should be dead at all.”

On May 14, Kentucky Gov. Andy Beshear asked Attorney General Daniel Cameron to “carefully review the results of the initial investigation to ensure justice is done.” Shortly after, Cameron announced he was asked to serve as a special prosecutor and will “take appropriate action” if necessary. The three officers involved in the shooting remain on administrative reassignment.

Community members are asking for more, however. A group of Louisville ministers is calling for a federal investigation into Taylor’s death and the appointment of a civilian review board to oversee the Louisville police department, according to the Louisville Courier-Journal. Meanwhile, Keisha Dorsey, a Louisville City Council member, is calling for the dismissal of the charges against Walker.

Crump, the Taylor family’s attorney, argues that the killings of black women have tended to receive less media attention than the deaths of black men.

“They’re killing our sisters just like they’re killing our brothers, but for whatever reason, we have not given our sisters the same attention that we have given to Trayvon Martin, Michael Brown, Stephon Clark, Terence Crutcher, Alton Sterling, Philando Castile, Eric Garner, Laquan McDonald,” he told the 19th. “Breonna’s name should be known by everybody in America who said those other names, because she was in her own home, doing absolutely nothing wrong.”

As Errin Haines notes at the 19th, black women have been targets of police violence in America just as black men have. In 2015, activists around the country demonstrated and used the hashtag #SayHerName to draw attention to women who had lost their lives, including Gabriella Nevarez, Michelle Cusseaux, and Alexia Christian, as Jenée Desmond-Harris reported for Vox at the time. The death of Sandra Bland in jail after she was arrested during a traffic stop also drew national attention to the impact of police brutality and racism on black women’s lives.

Now Taylor’s family wants the country to know about her case, too. Her sister, Ju’Niyah Palmer, has been posting photos of Taylor with the hashtag #JusticeforBre, according to the 19th. In recent days, many others have followed suit.

#BreonnaTaylor was gunned down in her home by cops with 8 bullets. No warrant, no warning, and no announcement was made. They had no business being there in the first place. #JusticeforBre pic.twitter.com/rSRglFjlmZ

Breonna Taylor was shot in her own apartment. Why were 20 rounds fired by police? Why did they enter unannounced? They were looking for a man, who didn’t end up living in the complex, and turned out to already have been detained by the time she was dead. #JusticeForBre

Sen. Kamala Harris (D-CA) has also linked Taylor’s case with Arbery’s, calling on the Justice Department to investigate both deaths.

I’m calling for the Department of Justice to investigate #BreonnaTaylor‘s death. Her family deserves answers.pic.twitter.com/f0Dkov5D5R

Arbery “was a young man, 25 years old, taking a jog and was cut down in life,” Harris said. Meanwhile, Taylor “had a dream of becoming a nurse, and she’s sitting in her apartment when she is killed by the police.”

“That’s not justice, what has happened for those two young people,” Harris said.