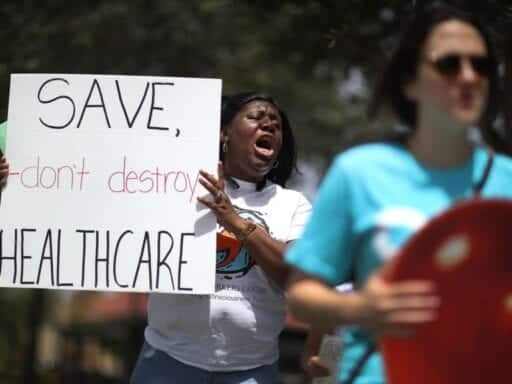 ”Risk adjustment is the core of a stable individual market.”

Even a temporary freeze on those payments could make life difficult for some insurers, adding uncertainty to the Obamacare ecosystem all at the same time companies are finalizing their plans for 2019. It was a court order that led to the Trump administration’s announcement, and experts say the payments should start up again, but it leaves the law in yet another limbo.

If that sounded like more sabotage to you, it’s hard to blame you. But this story actually goes back years.

The ACA created three programs to help insurers get through the law’s first few years. They have been dorkily nicknamed “The Three Rs”: reinsurance, risk corridors, and risk adjustment. They differ in their particulars, but they serve the same general purpose: payments are made to insurers to at least partially offset unusually high costs from patients covered by Obamacare, helping to better spread the risk of insuring these new customers across the entire market.

In very brief, here is how each of them worked:

It was the third R, risk adjustment, that the Trump administration announced it would be freezing over the weekend. That decision followed a court ruling against the program, though some legal scholars told the Huffington Post’s Jonathan Cohn that it seemed strange that the federal government decided to halt the payments so easily.

That makes this a little different from previous sabotage: There was a court decision that preceded the Trump administration’s announcement and it does seem possible the payments will be restored. On the other hand, it does not seem Trump officials were eager to fight for Obamacare, even as the news introduces more uncertainty while insurers are setting their rates for 2019.

Getting those payments restarted is important, health policy experts say. Literally tens of billions of dollars are at stake, according to previous-year estimates from the Centers for Medicare and Medicaid Services.

”Risk adjustment is the core of a stable individual market,” Caroline Pearson, a senior fellow at the University of Chicago’s NORC, told me. “The market cannot function well without it.”

A big reason risk adjustment is so important: It’s the only one of the three R’s left to help stabilize the market. Reinsurance expired, as intended, after 2016. So did risk corridors, though there is more to that story.

Risk corridors were maybe the first victim of Republican sabotage of Obamacare. Back in 2013, Republicans snuck a provision into a spending bill that prohibited the federal government from paying out more money for the program than it took in. That really prevented the program from having its fully desired effect: Payments to struggling insurers were limited by how much insurers that had lower-than-expected costs paid into the program.

A few insurers actually shut down entirely — and states like Iowa have since struggled to keep insurers in their markets — as a result.

”If the risk corridor money had been forthcoming, some insurers might have felt better about their participation in the marketplaces and stayed in the market,” Larry Levitt at the Kaiser Family Foundation told me.

Now with the temporary freeze of risk adjustment payments, it is yet another reminder that Obamacare has almost never been allowed to work as it was designed.

Insurers and public officials supportive of Obamacare have successfully improvised in many cases. When Trump ended cost-sharing reductions (CSRs) last year, they figured out a way to give many people a better deal for an Obamacare plan than they had received before. The law’s tax subsidies should always help ensure that a certain number of lower-income people — roughly 10 million or so, it seems — will be able to affordable coverage.

But the ACA’s status quo is ever-tenuous. Just when it looked like premiums were starting to stabilize, Trump and Republicans introduced new uncertainty by halting CSRs and repealing the individual mandate. Now, as insurers were adjusting to that reality, risk adjustments have been stopped.

The material effects will depend in part on how long the payments are frozen. The longer the delay in payments, the harder it might be for cash-poor insurers who might have expected to receive risk adjustment money to stay in the markets. That could in turn shrink the number of options that are available to the ACA’s customers.

”Thinly capitalized insurers may be in trouble if this goes on for a while,” Duke University’s David Anderson told me.

So far, the law’s sturdy infrastructure has prevented a total collapse. But if Obamacare is a bit like a health policy Jenga tower, it’s not clear how many blocks it can lose before things really start to fall apart.

MSNBC will host 2020 Democrats — and one Republican — at the next climate town hall
Joaquin Phoenix wore the same tux all awards season
Republicans in a US territory just legalized marijuana
Why Border Patrol agents obey immoral orders
How to survive quarantine with these 215 songs
“I’d like to do that piece of meat”: The sexism allegations against Bloomberg, explained