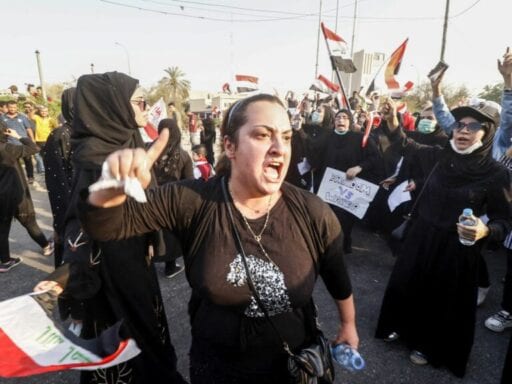 It’s the latest sign that America’s relationship with Iran is becoming increasingly fraught.

The US is closing its consulate in Basra, Iraq, and evacuating all diplomats stationed there citing threats from Iran, according to Secretary of State Mike Pompeo.

Pompeo’s Friday decision, first reported by the the Wall Street Journal, is out of concern for the safety of US personnel stationed in Basra, the southern Iraqi city near the border with Iran that has seen several episodes of violent protests and rioting in recent weeks.

Pompeo chose to evacuate the diplomats because of “the increasing and specific threats and incitement to attack our personnel and facilities in Iraq,” he said in a Friday statement. The consulate was the target of a rocket attack on Friday, and while there were no casualties, concerns back in Washington grew.

The secretary noted that the US is watching the situation closely — and may respond should there be any escalation. “I have advised the Government of Iran that the United States will hold Iran directly responsible for any harm to Americans or to our diplomatic facilities in Iraq or elsewhere,” he added in the statement. “I have made clear that Iran should understand that the United States will respond promptly and appropriately to any such attacks.”

The move comes at a particularly sensitive time as tensions between Washington and Tehran have skyrocketed during the Trump administration.

Last Saturday, unidentified attackers killed roughly 30 people and injured another 70 during a military parade in Iran. Tehran has blamed both Saudi Arabia and the US for being behind the attack, a charge the Trump administration denies.

And on Tuesday, President Donald Trump used his speech at the United Nations General Assembly in New York to hammer Iran over its support for terrorism and aggression against US allies in the Middle East.

“Iran’s leaders sow chaos, death, and destruction,” Trump told the hundreds of world leaders gathered for the meeting. “They do not respect their neighbors or borders, or the sovereign rights of nations. Instead, Iran’s leaders plunder the nation’s resources to enrich themselves and to spread mayhem across the Middle East and far beyond.”

Iranian President Hassan Rouhani responded, claiming the US was responsible for “economic terrorism” toward his country. The US reimposed sanctions on Iran once it withdrew from the nuclear deal in May, exacerbating an already severe downturn in the Iranian economy.

But it’s not just the Washington-Tehran animosity that led to the consulate’s closure — it’s also the persistent unrest in Basra itself.

Basra is in Iran’s sights

In early September, Iraqis in Basra protested against poor governance out of Baghdad — leading to food and water shortages in the city, among other things — and Iran’s meddling in Iraqi affairs.

The animosity toward Iran was particularly strong, as rioters set fire to the Iranian consulate and the headquarters of almost every Iranian-backed militia in the city.

My colleague Jennifer Williams explained why Iran earned the ire of demonstrators:

Many people in Basra blame Iran for supporting corrupt Iraqi officials and the Shia militias headquartered in the city, which are thriving while the majority of the people continue to struggle with poverty and unemployment.

And people are getting tired of Iran’s meddling.

“If anyone needs more proof that Iran isn’t always everyone’s favorite neighbor, here you have it,” Rasha Al Aqeedi, a fellow at the Foreign Policy Research Institute who specializes in Iraqi politics, tweeted at the time. “Nonetheless this is a serious escalation with dire consequences.”

Shia militias loyal to Tehran vowed to respond aggressively to the Basra protests.

“We will have a response to those who are carrying out acts of arson and sabotage,” said Abu Yasser al-Jaafari, a militia commander, during a news conference on September 8.

So Pompeo and others in the Trump administration seem to have acted out of concern that Iran or its proxies might soon mount a campaign to target the US consulate and the diplomats stationed there.

It’s the latest sign that America’s relationship with Iran is becoming increasingly fraught.

Update: This post was updated with the statement by Secretary of State Mike Pompeo.