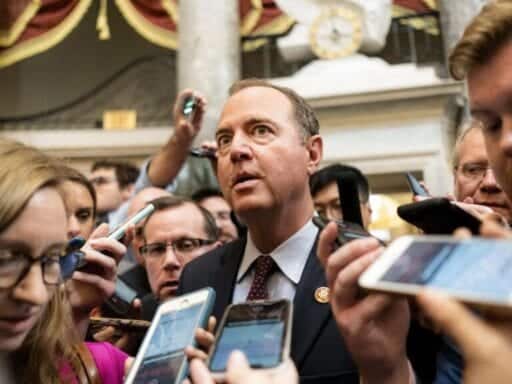 The document is expected to closely follow a memo outlining a call between Trump and Ukraine’s president.

The White House is preparing to release a redacted version of the whistleblower complaint that has spawned an impeachment inquiry in the House of Representatives. Politico reported the administration currently plans to give the complaint to Congress, as the law requires, as early as Wednesday.

Previously, the White House resisted calls to release the complaint — the decision to send the document to Congress is about the administration getting ahead of increasing scrutiny around fears President Donald Trump endeavored to strong-arm a foreign leader into investigating his potential presidential rival in 2020, former Vice President Joe Biden.

Already on Wednesday, the White House released a version of its recollection of the president’s call with Ukraine President Volodymyr Zelensky, which is reported to be the subject of the whistleblower’s complaint. Fox News also reported late Tuesday night the White House was preparing a document that makes the case the whistleblower had “political bias” in favor of a rival candidate.

But it’s notable the release of this document is happening now. The report should have already been released to Congress members given the inspector general for the intelligence community classified it as a document of “urgent concern,” which, as Vox’s Andrew Prokop has explained, is “a legal standard that normally requires congressional oversight committees be notified.” Its release was halted by Joseph Maguire, the acting director of national intelligence, a move some legal experts have said was illegal.

Maguire has denied doing anything illegal, saying in a statement, “I want to make clear that I have upheld my responsibility to follow the law every step of the way.” He also worked to praise the whistleblower, writing “the men and women of the Intelligence Community have a solemn responsibility to do what is right, which includes reporting wrongdoing.”

Initially, the White House supported the decision not to send Congress the complaint, but according to the New York Times, officials there have changed their thinking, now believing cooperating with Congress could help negate the House’s official impeachment inquiry. President Trump is said to back the complaint’s release as well, reportedly because he does not believe it contains anything truly incriminating and because he, too, believes it will effectively counter the impeachment inquiry.

What we know about the whistleblower’s complaint so far

It is still unclear exactly what the whistleblower’s complaint contains. A September letter from the intelligence community’s inspector general to Rep. Adam Schiff, chair of the House Intelligence Committee, wrote “[it] relates to one of the most significant and important of the [director of national intelligence’s] responsibilities to the American people.”

Later reporting by the Washington Post, New York Times, Wall Street Journal, and others found that the complaint included concerns about a phone call President Trump had with Ukraine, during which he reportedly asked Ukrainian President Volodymyr Zelensky “about eight times” to partner with Trump’s personal lawyer Rudy Giuliani — who does not hold any official government office — in an investigation into Joe Biden’s role in the firing of a former Ukrainian top prosecutor.

Giuliani has argued, despite there being no evidence to support this, that Biden lobbied to have the prosecutor fired in order to protect his son, Hunter Biden, from an investigation into a Ukrainian company Hunter sat on the board of. It isn’t clear whether there was an active investigation into that company at the time of the prosecutor’s dismissal, but it is clear that prosecutor was fired for not being aggressive enough in his anti-corruption investigations.

Trump has said one of the topics he and Zelensky discussed on the call was a delay in the transfer of almost $400 million in US funds for Ukraine’s military, meant to bolster that country’s ongoing conflict against Russian actors. Congress approved the money early this year, but it wasn’t disbursed until September, leaving many on Capitol Hill and in Ukraine wondering what was behind the delay. Trump has given various reasons for this delay, including that he was concerned about corruption and that he wanted the US to give Ukraine less and NATO allies to give more.

All this has led to fears among Democrats that Trump attempted to coerce Ukraine’s president to investigate a potential political rival, by threatening to withhold the funds unless an investigation was launched. This has led some lawmakers to fear the president may have used the power of his office to attempt to influence a foreign country to meddle in the 2020 election and has ultimately led to an official impeachment inquiry.

The push to find out exactly what is in the complaint has been going on for some time. The complaint was filed more than a month ago; intelligence community Inspector General Michael Atkinson told the House Intelligence Committee about the complaint’s in a September 9 letter after Maguire decided it did not need to be released. Since then, Rep. Schiff has worked to get the complaint to his committee, but having failed to do so, told the public about its existence in hopes of putting pressure on the White House.

And efforts to get the complaint have only intensified in the past days; Tuesday, the Senate voted on a bipartisan basis for the White House to share the document with the House and Senate Intelligence committees.

Now, Congress is expected to have access to at least some of that document in the coming days. It — along with a recollection of the call the White House released Tuesday — may shed new light on the details of the call and what Trump said about Biden.

But the document recalling the conversation the White House released is not a “verbatim” transcript, and experts say it isn’t based on a raw audio recording (as one is unlikely to exist). Redactions to the complaint could cloud the points of greatest interest to the committees.

Now that Congress has opened an official impeachment inquiry into the matter, what really happened is sure to be the subject of numerous investigations in the months ahead.

“Our new life of isolation”: 5 people across the world on staying inside to avoid Covid-19
The nuanced political impact of wine cave fundraisers, explained
Eric Greitens' nonprofit was 'criminal enterprise,' but committee must end: Mo. lawma...
The rise in murders in American cities, explained
How 2020 presidential campaigns and convention planners are handling potential coronavirus outbreaks
The Democratic Party’s risky bet on Biden