“This is voter suppression”: black seniors in Georgia ordered off of bus to the polls 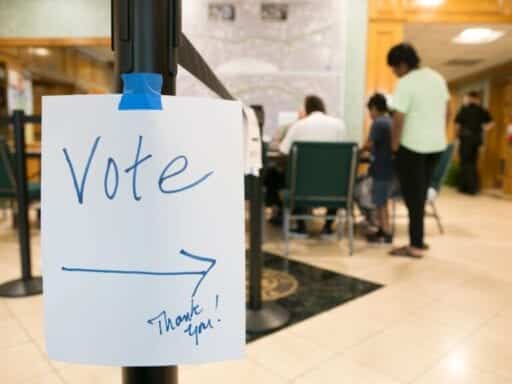 Voting rights advocates are accusing local officials of voter intimidation after the incident.

As early voting began Monday in Georgia, a group of black senior citizens gathered for a voter outreach event at Jefferson County’s Leisure Center. Members of Black Voters Matter, one of the groups behind the event, offered to drive the group of about 40 seniors to the polls.

But shortly after the seniors boarded the organization’s bus, county officials stopped the trip, prompting new accusations of voter suppression in a state already dealing with several such controversies.

The event, according to ThinkProgress’s Kira Lerner, was a part of Black Voters Matter’s “The South is Rising” bus tour across seven states to host voter outreach and engagement events. Black Voters Matter is nonpartisan, and the group’s leadership did not encourage the senior citizens to vote for a particular candidate or political party, according to LaTosha Brown, the organization’s co-founder.

These senior citizens just got on the @BlackVotersMtr bus to go vote, but someone in Jefferson County called the commissioner and said the bus didn’t have the proper license to drive people to the polls. The seniors, who were fired up to vote, won’t be casting ballots today. pic.twitter.com/vI93pU85Ln

“This is voter suppression, Southern style,” Brown told ThinkProgress. According to recent Census figures, Jefferson County is 53 percent black, and voting rights advocates cite a lack of transportation as a particularly high barrier to voting for black Georgians. Civil rights groups most recently raised this point in August when a majority-black Georgia county proposed closing all but two of its polling places.

Brett told the Atlanta Journal-Constitution on Tuesday that the “felt uncomfortable with allowing senior center patrons to leave the facility in a bus with an unknown third party.” He denied allegations that the county had blocked the seniors from exercising their voting rights, saying that the group will be taken to the polls by the Leisure Center. However, some seniors affected, like 70-year-old Bernice Hunley, drove themselves to the polls instead, ThinkProgress reports.

Brett has defended the county’s decision, but voting rights advocates and voter outreach groups like Black Voters Matter say the incident fits into a broader campaign of voter suppression aimed at limiting black turnout ahead of the state’s close gubernatorial election between Republican Brian Kemp, Georgia’s secretary of state, and Democrat Stacey Abrams, who could become the country’s first black female governor.

The NAACP Legal Defense and Education Fund sent a letter to the county on Tuesday requesting an investigation into the matter and calling the incident “an unacceptable act of voter intimidation.”

News of the bus removal comes less than a week after the Associated Press reported that 53,000 voter registrations, the majority from black applicants, were being held by an office of the Georgia secretary of state (led by Kemp) for failing to clear an “exact match” process that compares registration information to social security and state driver records. Last Thursday, a coalition of civil rights groups filed a lawsuit calling for the exact match program to be ended.

On Wednesday, Abrams held a small campaign rally blocks from the senior center. “We want to make certain that the folks of Louisville in Jefferson County understand that we are standing with them as they cast their votes,” she said.

The battle over a Texas order limiting ballot drop-off locations, explained
Letterkenny, streaming on Hulu, is a love letter to small-town life and weird, wonderful slang
The rise of rage in social media politics, in one chart
Soon your driver’s license might not get you through airport security
One Good Thing: Spiritfarer is an adorable video game about life and death
Donald Trump is making Medicare-for-all inevitable