Threats, misogyny, hypocrisy — Trump’s post-impeachment speech had a little of everything 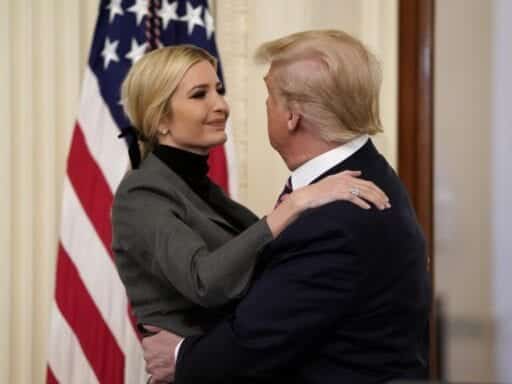 It’s near impossible to explain the speech Trump just delivered, but here’s our best attempt.

The post-impeachment victory lap speech President Donald Trump delivered on Thursday from the White House has to be one of the most bonkers official events in presidential history.

Speaking off the cuff, Trump began remarks by falsely claiming that the investigations into him predated his presidency, called the Russia investigation “bullshit,” and mocked a Purple Heart recipient who testified during the impeachment trial. He also complained Hillary Clinton was never prosecuted and referred to former leaders of the FBI as “scum.”

That’s just a sampling of some of the topics Trump touched on during the more than hour-long speech he delivered the day after the Senate voted to acquit him on two articles of impeachment for abuse of power and obstruction of Congress.

Trump talked about the impeachment process — enshrined in the Constitution — as a tool Democrats used “to try to overthrow the government” and expressed no remorse about his actions that prompted Democrats to begin impeachment proceedings in the first place.

“I call it a perfect call, because it was,” he said of his attempts to strong-arm the Ukrainian government to do political favors for him.

Perhaps most significantly, the very fact that the president feels emboldened to deliver such a speech signals a bad omen for those hoping that this year’s campaign will be less of a mess than 2016 was.

Trump’s comments about women were cringeworthy

And even though he was speaking to a room full of Republicans, Trump also repeatedly bashed Mitt Romney, the only Republican in the Senate to vote for his removal from office, describing him as “a guy that can’t stand the fact that he ran one of the worst campaigns in the history of the presidency.”

Without saying his name, Trump criticizes Mitt Romney for “using religion as a crutch” and describes him as “a failed presidential candidate.” pic.twitter.com/SiUkjFXQov

On the flip side of the coin, Trump singled out dozens of Republicans for praise. But his comments about a number of the women he mentioned objectified them.

“I like the name ‘Lesko.’ I liked it. That’s how I picked it. I liked the name. I saw that face, I saw that everything,” Trump said of Arizona Rep. Debbie Lesko.

He made similar remarks about New York Rep. Elise Stefanik.

“I thought, ‘she looks good, she looks like good talent,’ but I didn’t realize that when she opens that mouth, she was killing them.”

Trump on @EliseStefanik: “I thought, ‘she looks good, she looks like good talent,’ but I didn’t realize that when she opens that mouth, she was killing them.” pic.twitter.com/KWxkqi3kGM

Trump also went on a bizarre, tongue-in-cheek rant about how most wives don’t love their husbands and wouldn’t be especially bothered if they were in the hospital — contrasting that state of affairs with the wife of Rep. Steve Scalise, noting she was despondent after her husband was shot during a congressional baseball practice in 2017.

Trump jokes that most wives wouldn’t care if their husbands were shot, but Steve Scalise’s wife clearly did pic.twitter.com/pYCSKR9SVl

But it wasn’t just Republican women whom Trump talked about in a cringeworthy way. He also made a crude reference to former FBI agent Lisa Page’s appearance.

“He’s probably trying to impress her, for obvious reasons,” Trump said, alluding to the text messages former FBI agent Peter Strzok and Page exchanged that are still at the center of conspiracy theories Trump has pushed about purported FBI bias.

(In fairness, Trump also offered some strange praise for Rep. Jim Jordan, saying he’s “obviously very proud of his body” and talking specifically about his ears.)

Trump wrapped things up by apologizing to his family — not for anything he did, but for having to endure the impeachment process at all.

“I want to apologize to my family for having them have to go through a phony, rotted deal by some very evil and sick people,” he said. “And Ivanka is here, and my sons, and my whole family. And that includes Barron.”

TRUMP: “I want to apologize to my family for having them have to go through a phony, rotted deal by some very evil and sick people. And Ivanka is here, and my sons, and my whole family. And that includes Barron.” pic.twitter.com/IfjR5RhBSc

Trump’s unapologetic attitude about everything was also apparent in an aside he made during his speech about the Access Hollywood tape in which he can be heard bragging about sexually assaulting women. He characterized the day the tape was published by the Washington Post in October 2016 as “my worst day” — not because of what he said, but because it jeopardized his chances of being elected the next month.

One of the two articles of impeachment that Trump was acquitted on was abuse of power. But his White House speech indicated he has little remorse.

“If this happened to President Obama, a lot of people would’ve been in jail for a long time already,” he said.

Trump pushed unfounded conspiracy theories about Joe Biden’s alleged corrupt dealings in Ukraine, and — in an especially shameless moment — held his own family up as paragons of virtue when it comes to corruption.

Trump gets a gold medal in the Shamelessness Olympics for claiming that Ivanka Trump is a shining example of how not to be corrupt pic.twitter.com/XNY9bjm077

At the end, Trump suggested that former law enforcement and intelligence community officials and Democrats who have tried to hold him accountable may be in for some rough days.

“Let’s see what happens. It’s in the hands of some very talented people,” he said, alluding to Attorney General William Barr and Republican senators who have already indicated they plan to investigate the Bidens. “These are the crookedest, most dishonest, dirtiest people I’ve ever seen.”

TRUMP: “They were going to try to overthrow the govt of the US, a duly-elected POTUS. And if I didn’t fire Comey we would never have found this stuff out. B/c when I fired that sleazebag, all held broke out…let’s see what happens. It’s in the hands of some very talented people” pic.twitter.com/AkkE9YB5B7

So if anyone was holding out hope that going through the impeachment process and receiving a bipartisan vote for his removal from office would chasten Trump, his victory lap speech should resolve any doubt: It did not. In fact, the opposite appears to be the case.

Not only is Trump still Trump, but those who look back fondly on the days when presidents felt constrained by the rule of law can’t help but wonder how bad things will get.