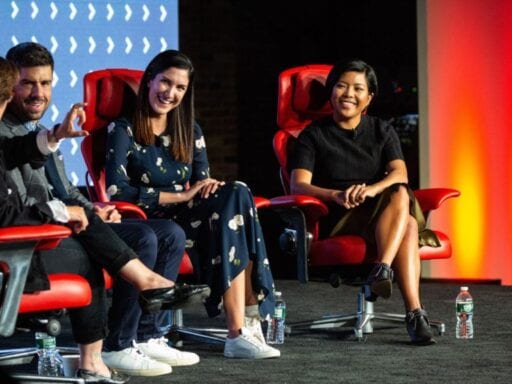 On the morning of January 13, Steph Korey, the embattled CEO of luggage startup Away, surprised the business world with a revelation in the New York Times: She made a mistake when she promised to give up her CEO title a month earlier and wouldn’t be stepping down after all. Korey’s original decision to resign came in the wake of a report by The Verge in which some former Away employees claimed Korey oversaw a toxic work environment at the company.

But inside of Away last Monday, sources say several senior executives were blindsided by Korey’s decision to not completely relinquish the CEO title to new company exec Stuart Haselden as previously announced. Instead, the duo would share the co-CEO title.

The surprise about-face had at least one substantial and immediate impact: Multiple sources told Recode that the reversal was the reason behind the resignation of Away’s human resources chief, Erin Grau, who, as Recode previously reported, quit the same day as Korey’s announcement. (In addition to running human resources and recruiting, Grau’s role was also supposed to include oversight of the company’s internal communications.)

Grau and some other top executives, plus Away’s hundreds of rank-and-file employees, only found out about Korey’s flip-flop either through the Times article or in a company-wide announcement made after the article was published, according to sources.

While debates raged in the startup world and on social media about whether Korey should have stepped down in the first place, Grau had been a strong proponent of the original plan for Korey to give up the CEO role and become executive chairman, multiple sources told Recode. The plan would presumably have helped Away turn the page on the scandal while still allowing Korey to continue shaping the company’s future under a new title.

Some of Away’s investors had also been in favor of Korey stepping down, Recode previously reported, in part because the original plan was for Haselden to someday transition from Away’s No. 2 exec to its CEO role anyway, even before The Verge investigation was published. (The Verge is owned by Recode’s parent company, Vox Media.)

But Away’s board of directors, which includes only four members — Korey, Haselden, Away co-founder and president Jen Rubio, and investor Ludwig Ensthaler of Global Founders Capital — ultimately has the final say. Ensthaler told the New York Times he shouldn’t have accepted Korey’s original resignation. Korey had told the paper that she would eventually hand over the CEO title to Haselden but did not say when.

When Recode first reported on Grau’s departure, an Away spokesperson sent Recode a statement attributed to Grau, which read in part: “In the past two years I’ve been at Away … we’ve implemented countless systems and processes to improve our culture and working lives. I’m proud of the impact we’ve had, the strides we’ve made, and I have the utmost trust in our leadership. I know my work will have a lasting impact on Away.”

On the Thursday following Korey’s surprise announcement, Korey, Haselden, and Rubio held an all-staff meeting at the company’s New York City headquarters to talk about the decision and respond to some of the unanswered questions employees had been passing along in whispers in the days following the news, according to multiple sources.

At one point, Haselden told employees the leadership team would be running the company in a way that would position it to go public as early as mid-2021. During the meeting, Korey also expressed remorse over some of her past actions, despite her decision to remain CEO. While she did, she began crying in front of the group. Some in attendance clapped supportively.

Still, sources tell Recode her decision to reclaim the CEO title left some employees with more questions: Will Korey ever fully hand over the reins to Haselden? And, perhaps more importantly: Has she really changed?

Tree planting is Donald Trump’s politically safe new climate plan
Joe Biden still leads among black voters nationally
Vox Sentences: How do you score privilege?
'Flawed, goofy' plan to split California into 3 states needs to win over skeptics
One Good Thing: This true crime podcast about a murderous doctor is even scarier during a pandemic
The absurd, sadistic joy of The Flight Attendant