True Detective season 3: could a trailer full of crossing timelines signal a return to form? 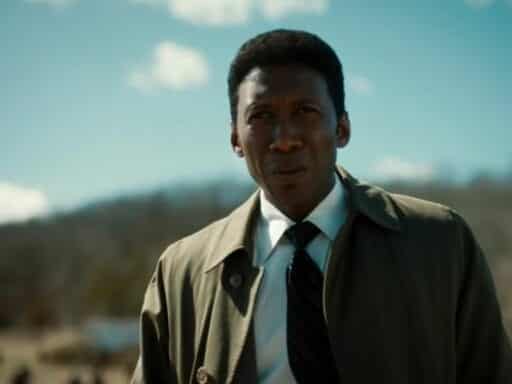 Here’s everything we know about the new season so far.

Since its premiere in 2014, HBO’s True Detective has been a source of contention, which has as much to do with untangling the mystery at the center of each season as trying to discern whether the show is good or not.

Even the much-discussed, generally lauded first season faced its share of criticism. And that’s to say nothing of rumors of off-screen drama between series creator Nic Pizzolatto and director Cary Fukunaga. Tension between the two was rumored to be part of why Fukunaga didn’t return for True Detective’s second season — which, under Pizzolatto’s sole vision, featured an abrasive film director character that many observers took to be a potshot.

But no matter what you may think of it, the anthology show remains an object of fascination, particularly with the big-name actors it keeps pulling in. Season three stars Mahershala Ali, who’s fresh off an Oscar win for Moonlight. And like the first season, it seems to be playing with the notion of time. The first trailer for season three hints that as the characters grapple with the fallout of what appears to be a kidnapping, Ali’s character will be forced to deal with literal ghosts from his past.

Here’s everything else we know about the season so far.

The trailer is full of clues as to the direction season three will take, but there’s at least one concrete detail in the bunch — namely, that it will premiere in January 2019. That will make for one of the longest waits between TV seasons in recent memory, given that True Detective season two ended in August of 2015.

And though season one characters Rust Cohle and Marty Hart aren’t slated to return due to True Detective’s status as an anthology that tells a completely new story each season, season one stars Matthew McConaughey and Woody Harrelson are serving as executive producers for season three, as is season one director Fukunaga.

The story will once again span decades, and feature a high-wattage cast

Filling out the season three cast are:

Michael Greyeyes, Jon Tenney, Rhys Wakefield, Sarah Gadon, Emily Nelson, Brandon Flynn, and Michael Graziadei will also appear in the season, though details about their characters have not yet been released.

The wild Peter Strzok congressional hearing, explained
How a study based on a typo made news everywhere — and the retraction didn’t
Can a college course in moral philosophy convince people to eat less meat?
America is now a Covid-19 hot spot
Mike Bloomberg’s immigration plan is very moderate
How to be a good white ally, according to activists