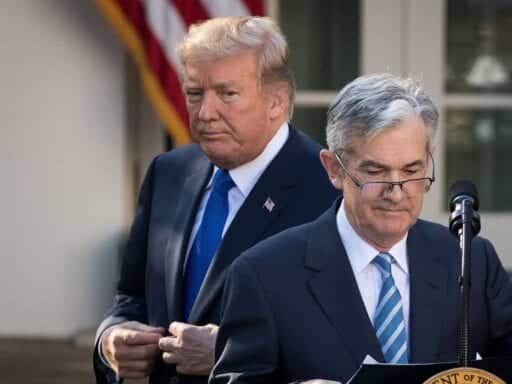 A broken norm, but also a decent point.

Presidents working in the aftermath of the inflation of the 1970s have generally refrained from commenting in public about the Fed’s management of the macroeconomy. During Barack Obama’s administration, it was exceptionally hard to get any official at any level to express any view even off the record because they were so firmly committed to upholding the tradition of the Fed’s operational independence.

That’s in part because post-Nixon presidents who tried to gently nudge the Fed often found that it backfired, with the central bank feeling it now had to bend over backward to demonstrate its independence. And even Trump, while saying he’s “not happy about” rate increases, was at pains to clarify that “at the same time, I’m letting them do what they feel is best.”

Also: One thing that the Reagan and HW Bush administrations learned the hard way: Blatant political pressure on the Fed can backfire, and cause central bankers to dig in their heels.

It’s not unusual for Trump to break with norms governing presidential conduct, though in this case, he may find that there’s some support for his position on the left side of the political spectrum.

The Fed’s basic position is that with the unemployment rate now low and the inflation rate near the Fed’s 2 percent target, the time is right for a measured series of interest rate increases aimed at restraining the pace of economic growth. To do otherwise, as the Fed sees it, would be to risk sparking a higher pace of inflation that might then require a much sharper series of rate hikes.

On that view, the smart strategy is to keep rates low, trust that the employment-population ratio will continue to rise, hope that workers’ growing bargaining power lets them get some wage increases, and ideally address the shortage of apartments to rent on the supply side rather than by trying to slow economic growth.

Hong Kong’s protesters created their own “national anthem”
How a star orbiting a supermassive black hole proves Einstein is (still) right about gravity
The 6 key themes of Kavanaugh’s first day of confirmation hearings
Three big ideas for tech regulation from Senator Mark Warner
A Silicon Valley firm said it could help investors get expedited coronavirus tests — but then said i...
Testing delays are ruining America’s chances of stopping Covid-19