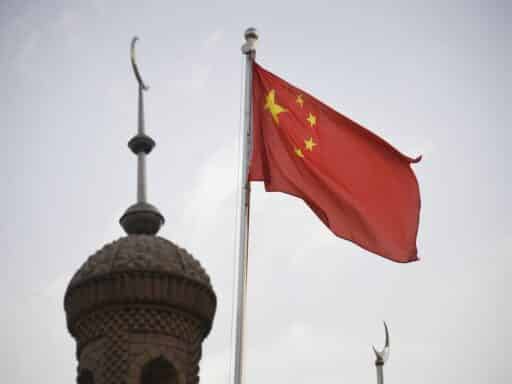 The US State Department’s declaration was a long time coming, but it could somewhat complicate President-elect Biden’s China policy.

Secretary of State Mike Pompeo has officially declared China’s treatment of Muslim Uighurs in Xinjiang a “genocide” constituting crimes against humanity, making the United States the first country in the world to do so.

The statement, issued on President Trump’s last full day in office, blasts Beijing for atrocities committed by the government against roughly 2 million Uighurs in China’s northwest since 2017, including arbitrary imprisonment, torture, and forced labor.

With this designation, the US may now place new sanctions on China and shift its longstanding policy toward the country to a more confrontational approach.

Indeed, it’s hard to carry on relations as normal after one nation accuses another of genocide. US-China relations in the near future will be rocky at best, and downright hostile at worst.

I have determined that the People’s Republic of China is committing genocide and crimes against humanity in Xinjiang, China, targeting Uyghur Muslims and members of other ethnic and religious minority groups.

Charting that course will be in President-elect Joe Biden’s purview starting on Wednesday. Biden himself called the Uighur oppression in Xinjiang a genocide through a spokesperson last August; until now, the Trump administration has refrained from doing so.

Still, by making this move just one day before Biden is sworn into office, Pompeo has taken the decision out of the president-elect’s hands and set the incoming administration up for a rocky start to its relations with China.

Not everyone in Washington is happy about that. “While there is no question that the PRC has committed genocide against the Uyghurs in Xinjiang this is an action that the Trump administration should have taken years ago, not as it is walking out the door,” incoming Senate Foreign Relations Committee Chair Robert Menendez (D-NJ) said in a Tuesday statement.

The president-elect plans to form a bloc with allies against China as a way to pressure Beijing on issues such as trade and human rights. With the US going first in calling the atrocities in Xinjiang a “genocide” — a charge China has long denied — others may soon follow suit. Last week, UK Foreign Minister Dominic Raab lambasted Beijing’s “barbarism” against the Uighurs.

The Trump administration’s designation is a marker that the US won’t ignore atrocities committed against millions of people in China, but it’s unclear what concrete action will result. The hope is that the move will soon make China stop what it’s doing and allow Uighurs to return to a normal life. If that doesn’t happen, it’s possible the US will place more pressure on Beijing, deteriorating an already broken relationship in the process.

The White House went dark as protests raged outside
US allies express dismay over US handling of global medical supply chain
The Trump Organization executive who knows all about the business has been subpoenaed
To bring “prestige” back to education, make teachers tax-exempt, says Blackstone CEO Steve Schwarzma...
How to have a fulfilling staycation when you’re sick of your house
Norway wants to lead on climate change. But first it must face its legacy of oil and gas.