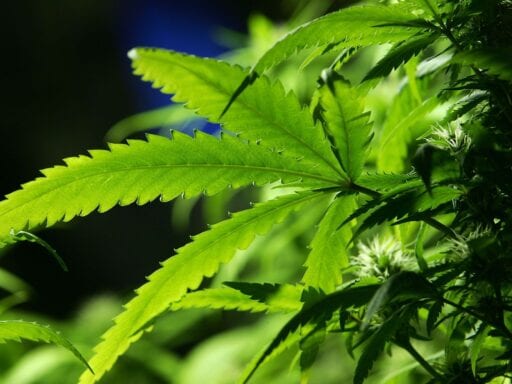 Vermont is the 11th state to allow recreational marijuana sales.

The legislation is set to take effect this month, but state regulators will have until October 2022 to start issuing licenses for retailers — meaning legal sales could still be as much as two years away.

Separately, Scott signed another bill into law that seeks to automate the expungement process for past marijuana convictions, freeing people from their criminal records for marijuana. People who get expungements will receive a notification by mail.

The governor’s decision makes Vermont the 11th state to legalize marijuana sales for recreational purposes. A decade ago, zero states had done so. Several other states, including New Jersey and Arizona, will vote on marijuana legalization this November.

Scott voiced concerns with the sales legislation but suggested the legislature could tweak it, even after it becomes law, in the coming 2021 session. Among his other concerns, Scott worried the system set up by the bill would give “an unfair head start on market access” to medical marijuana businesses over new entrants, and that the 30 percent excise tax would be “raided by the Legislature and used for other unrelated purposes” instead of its planned use for drug misuse programs.

Supporters of legalization argue that it eliminates the harms of marijuana prohibition: the hundreds of thousands of arrests around the US, the racial disparities behind those arrests, and the billions of dollars that flow from the black market for illicit marijuana to drug cartels that then use the money for violent operations around the world. All of this, legalization advocates say, will outweigh any of the potential downsides — such as increased cannabis use — that might come with legalization.

Opponents, meanwhile, claim that legalization will enable a huge marijuana industry that will market the drug irresponsibly. They point to America’s experiences with the alcohol and tobacco industries in particular, which have built their financial empires in large part on some of the heaviest consumers of their products. This could result in far more people using pot, even if it leads to negative health consequences.

In Vermont, supporters have now won.

For more on the debate over marijuana legalization, read Vox’s explainer.