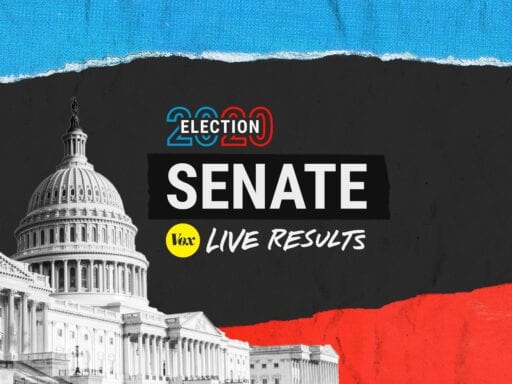 Control of the Senate hinges on several closely contested races this year. Follow the results here.

Democrats had hoped to retake the Senate in the 2020 elections, but Republicans are looking unexpectedly strong in most of the year’s close races.

A favorable map seemed to bode well for the Democrats: Just 12 Democrats were up for reelection, while 23 Republicans were. The party’s candidates were polling well in the battleground seats in Arizona, Colorado, Maine, and North Carolina. Iowa, Georgia, and Montana also looked like they could be in play if Democratic turnout was particularly strong.

Instead, Republicans have already claimed victory in Iowa and are leading in North Carolina and Maine. The GOP also defeated Democratic Sen. Doug Jones in Alabama. One Georgia Senate race is heading to a runoff, and if Democrats are lucky, the other one will too. Other than an expected win in Colorado and a lead in Arizona, that’s probably the best news of the night for the Senate’s minority party.

Right now the path to a Democratic Senate majority is narrowing, with Republicans looking like the better bet to hold the chamber, no matter what happens in the presidential race.

If Democrats were to gain Senate control, this shake-up would have significant implications: Under a Joe Biden administration, the upper chamber could make or break lawmakers’ ability to advance ambitious legislative priorities. And if President Donald Trump stays in office, the Senate could serve as a strong check on his administration.

Currently, Republicans hold a 53-47 majority in the Senate. That means Democrats will likely have to flip four seats in order to get to 51, factoring in Jones’s loss in Alabama and a likely Biden win. (If Biden wins, Democrats could hold the majority with 50 Senate seats, since Vice President Kamala Harris could serve as a tiebreaker.)

Due to the surge in mail-in voting this cycle, it could take a while to know exactly who wins in several states, and which party holds Senate control, because of the extra time needed for these ballots to get counted. Here’s how Vox (and other media outlets) will be making calls throughout the night and following days.

Vox is carrying live results, powered by our friends at Decision Desk. (You can also follow live results for the presidential race here and House races here.)

There’s one Democrat-held seat that widely favored Republicans, while there are several more GOP-held seats that Cook has classified as toss-ups or trending toward Democrats. Republicans have flipped a Democratic seat in Alabama, and Democrats have flipped Colorado. The Republican-held seats most in contention are Arizona, Maine, North Carolina, and Georgia.

The following races are just a few of the most closely contested ones this cycle:

Alabama: Sen. Doug Jones, the most vulnerable Democrat in the Senate, tried to fend off a challenge from former Auburn University football coach Tommy Tuberville — who has aligned himself closely with Trump. Tuberville was widely favored to win given the conservative skew of the state, and the unique circumstances at play in Jones’s special election victory in 2017.

Colorado: Sen. Cory Gardner was up against popular former Gov. John Hickenlooper in a state where Democrats have been making steady inroads for years. Gardner emphasized his work on bipartisan priorities like funding for land conservation and immigration reform, but his connection to Trump doomed him with swing voters in an increasingly left-leaning state.

North Carolina: Sen. Thom Tillis is yet another Republican whose allegiances to the president are coming back to hurt him in the general election among independent voters and suburban women in a broadly diversifying electorate. His opponent, veteran Cal Cunningham, has also dealt with an extramarital affair scandal in the weeks ahead of the election. It doesn’t seem to have affected his polling lead, but the race appears tight as votes come in.

Arizona: Martha McSally is running once again for an Arizona seat to affirm her appointment as senator, this time against former Astronaut Mark Kelly. Many of the factors that thwarted McSally’s run in 2018 have only become more apparent: Moderate Republicans that previously moved away from Trump — and candidates aligned with him — are continuing to do so. And Latinx voters who have previously leaned Democratic are continuing to grow their share of the electorate.

Maine: Sen. Susan Collins faces her toughest challenge yet from Maine House Speaker Sara Gideon, who is known in the state for her work fighting for renewable energy legislation. Collins has tried to distance herself from Trump some — repeatedly declining to say who she’ll be voting for in the election and voting against his most recent Supreme Court nominee Amy Coney Barrett.

Iowa: Sen. Joni Ernst ran as an outsider who would hold Washington accountable for excessive spending, but as the incumbent, she caught flak for her closeness to the president and his damaging trade and ethanol policies. Meanwhile, real estate developer and challenger Theresa Greenfield emphasized her moderate bona fides and knowledge of industry in the state.

Correction, 11/3 6:30 pm ET: This post has been updated to accurately reflect poll closing times in Alaska and Hawaii.

What to expect at the September Democratic debate
Marijuana legalization has won
Obama says that Americans are seeking “improvement” not “revolutionary” change
US troops aim to stay out of partisan events. Both parties used them as convention props.
Vox Sentences: A budget for happiness
Watch: Serena Williams calls out sexism in tennis after US Open loss