Vox Sentences: A bombing suspect is in custody, but questions remain 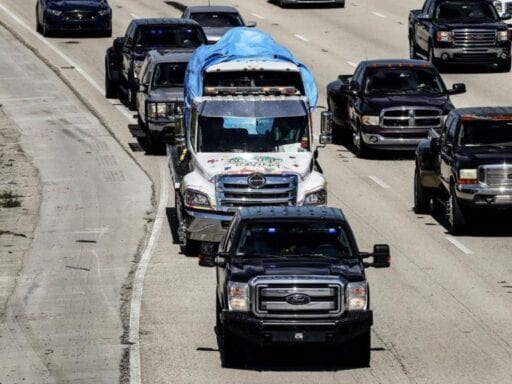 “I fully feel alive when my life is at stake.” [An urban climber most commonly known as the “French Spiderman” has been barred from climbing tall buildings in the UK after scaling one of London’s tallest skyscrapers without ropes or permission / AP]

Watch this: The biggest corruption scandal in Latin American history

How to help people millions of years from now

The 10 types of people who buy lottery tickets, explained with math and bad drawings

Should you have your significant other as your phone background?

The 19th Amendment didn’t give women the right to vote
What is going on with America’s boys?
Black authors are on all the bestseller lists right now. But publishing doesn’t pay them enough.
Watch: Stranger Things 3’s latest trailer reveals an unexpected villain
Trump renews Space Force plan, but Congress lukewarm on plan it must approve
College football players are taking a stand against racism — and taking a big risk