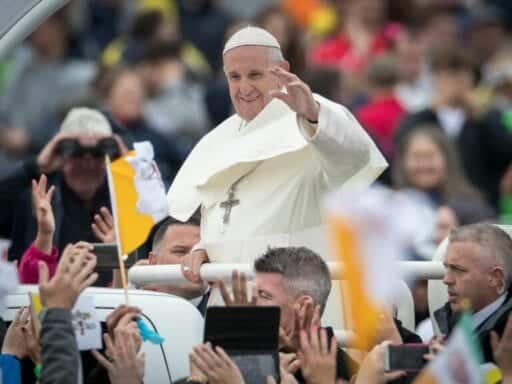 Sen. John McCain is honored by politicians on both sides of the aisle in the wake of his death; Pope Francis begins an apology tour.

“America is built on an appeal to the obvious. The Declaration of Independence holds its truths to be ‘self-evident’ … What Americans have confronted lately is a state of affairs in which many of our most basic paradigms are no longer obvious to everyone.” [Nausicaa Renner reckons with how society explains the idea of “obvious” / NYT Magazine]

Watch this: Stop peeing in the pool. Chlorine doesn’t work like you think.

2018’s single most important governor’s race is in Florida

“This is now the new normal”: An expert explains why cybersecurity risks aren’t going away

Why the best “timely” art is often anything but

Mollie Tibbetts’s death is about violence against women, not immigration, says a family member

Vox Sentences: Too many tariffs to keep track of
Is Trumpism a cult?
How a white evangelical family could dismantle adoption protections for Native children
State data indicates we’re headed for another record unemployment week
3 debate moments that showed how unsuited Trump is for the presidency
Read Scott Pruitt’s totally unapologetic resignation letter