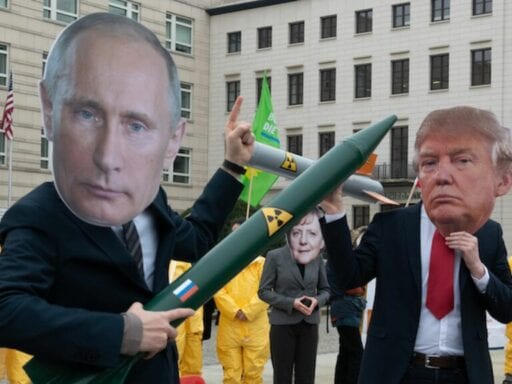 The end of a US-Russia missile treaty could kick-start another arms race; a trade war between South Korea and Japan is hurting the tech market.

The US withdraws from a major missile treaty

A trade war between Japan and South Korea

Cyntoia Brown received a life sentence at age 16 for killing a man who solicited her for sex, in what she said was self-defense. Now 31, she’ll finally leave prison a free woman next week. [CNN / Leanna Faulk and Jamiel Lynch]

“When it expires tomorrow, the world will lose an invaluable brake on nuclear war. This will likely heighten, not reduce, the threat posed by ballistic missiles.” [UN Secretary General António Guterres on the end of the INF agreement]

Watch this: Where Manhattan’s grid came from

Manhattan is famous for its grid — so famous that people take pictures of the way the sun shines through it. But the origin of that grid wasn’t always certain, and not everybody is a fan. [YouTube / Phil Edwards]

Why every small-plates restaurant has the same playlist

The media amplifies Trump’s racism. Should it stop?

How to politely smoke weed

Jeffrey Epstein is dead. His story isn’t over.
Why the ending of Game of Thrones elevated the worst of fan culture
Facebook blocks Trump’s accounts indefinitely
Why the Parasite cast deserves Oscars — and won’t get nominated
The incredibly bizarre Dean Browning and “Dan Purdy” Twitter drama, explained
How Trump got suckered by Iran and North Korea