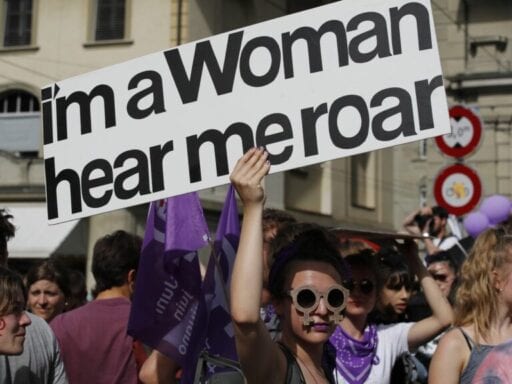 No more religious exemptions from vaccines

“We must fight for equal pay, fair distribution of care work, abortion rights, zero tolerance for domestic violence, and more. And most importantly: We must smash the patriarchy!” [Swiss protester Rahel Lüthy on why she’s marching]

Listen to this: Hong Kong in the streets

Hundreds of thousands of people are protesting in Hong Kong. CNN’s Matt Rivers is on the scene, and the BBC’s Helier Cheung explains how British colonialism complicated everything. [Spotify | Apple Podcasts]

Who are these people who write thousands of Amazon product reviews?

7 winners and 8 losers of the 2020 Democratic debate lottery

6 things I wish people understood about atheism in America

Every June 26 primary election you should know about, briefly explained
Idaho’s legislature hasn’t addressed the coronavirus. But it has passed 2 anti-trans bills this week...
Nearly two years into the Trump presidency, Fox News is still obsessed with Hillary Clinton
OnPolitics Today: Let's break down that executive order
Many technologies needed to solve the climate crisis are nowhere near ready
The House Judiciary Committee just approved articles of impeachment against Trump