Big Tech needs regulation, but DC must go to school before it goes to work 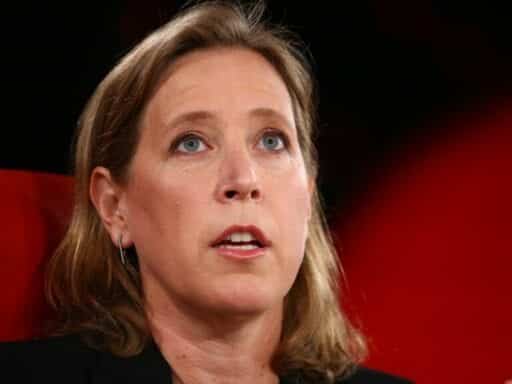 This week’s social media stunner involves YouTube CEO Susan Wojcicki refusing to acknowledge YouTube’s radicalizing effect on our politics. This came on the heels of last week’s social media nightmare, featuring YouTube serving pedophiles videos of preteens in bathing suits. And this was just YouTube’s turn. Week after week, disturbing social media news hits, people are outraged, and lawmakers bellow. The platforms blame their algorithms and pledge change, and nothing else happens — until the cycle predictably repeats.

Tech companies have acknowledged they are unable to regulate themselves, and our government is spectacularly unprepared for the challenge. We have reached the point where we need a National Commission on Technology and Democracy to help explain what is going on, explore options, and make concrete recommendations to Congress and regulators for action.

In the mid-2000s, when I served as MySpace’s head of policy, the problems tech platforms faced were quaint by today’s standards. It was relatively straightforward to build a coalition of leaders from the private, not-for-profit, and government sectors to do the incredibly important work of stopping sex offenders from using social media to groom victims.

That’s nothing compared to battling bots launched by sophisticated and deep-pocketed nefarious actors bent on destroying democratic hegemony, particularly in an environment where even the truth has been politicized. In 2019, such political interference is just one of the many nightmares Facebook, Google, and Twitter are confronting that have perilous consequences for American democracy.

To make matters worse, congressional representatives struggle to understand the most basic elements of how it all works. The Department of Justice is being leveraged as a political weapon. After recent news that the FTC was preparing to levy a multibillion-dollar fine against Facebook, investors shrugged and the stock remained up 44 percent for the year. Even the very best state-level actors have not yet figured out how to force national change.

Meanwhile, tech monopolies are spending jaw-dropping sums on lobbying to keep regulators off their backs. Who can blame them? Between congressional Luddites and politicized regulators, no good is likely to come from government action. These companies will spend what it takes to dodge, duck, dip, dive, and dodge regulation.

Compounding all of this, the right answers are difficult to come by.

Do we take the approach of “Amazon’s antitrust antagonist” Lina Khan, and revive a doctrine that antitrust is a tool to use not just when business practices are anticompetitive, but when a single company amasses too much market power? Do we reconsider and update landmark laws such as the Communications Decency Act and the Digital Millennium Copyright Act, which have helped enable the meteoric growth of social media companies, but which also allow them to throw up their hands and shirk responsibility when people do bad things at astonishing scale on their platforms?

How do we protect how open platforms positively and powerfully amplify under-represented and marginalized people’s voices, while implementing inherently subjective rules prohibiting dangerous speech? How do we think about data portability and security? To say nothing of keeping dozens of copycats, domestic and foreign, from joining Russia in running an updated version of the 2016 election interference playbook.

Recode’s Kara Swisher has said that the “techlash” is at risk of giving us whiplash — that ham-handed government intervention will “pull the emergency brake on the digital gravy train.” In other words, the only thing worse than no regulation might be bad regulation.

Which is why the time for a national commission has come.

To be sure, special government commissions often are ineffective at generating findings that translate into action. But occasionally — very occasionally — commissions serve a critical national interest, their findings and recommendations meaningfully advance policy, and they educate the public on critical complex issues. This one can too. In fact, it must.

Importantly, the issues and potential solutions for regulating Big Tech cut across party lines. Tech overwhelmingly contributes money to Democrats. Republicans tend to be more anti-regulation. Progressives and conservatives seem equally concerned about data privacy (at least when it doesn’t concern the government’s surveillance powers) and how ideological voices are suppressed or amplified on social platforms. There are not clear-cut partisan end-points for most of what we are dealing with here. We just have to agree that American democracy is worth saving.

Imagine tech CEOs facing precise lines of inquiry, informed follow-ups, and fact-based challenges from experts such as Shoshana Zuboff, the Harvard Business School professor and author of Surveillance Capitalism — rather than Rep. Ted Poe (R-TX), whose desperately uninformed questioning of Google CEO Sundar Pichai has racked up millions of social media views. A National Commission on Technology and Democracy could make this possible.

This is no panacea. But we have to start somewhere. Where we are today, mere sound and fury signifying nothing, is not going to cut it. To paraphrase Winston Churchill, a national commission may be the worst idea except for all the others. Our democracy may just depend on it.

Jeff Berman is a Los Angeles-based media and technology executive who ran policy at MySpace in 2006-’09 and served as chief counsel to Sen. Chuck Schumer in 2001-’05. He is a board member at Protect Democracy.