Watch: a man berates a woman in a public park for wearing a Puerto Rico shirt 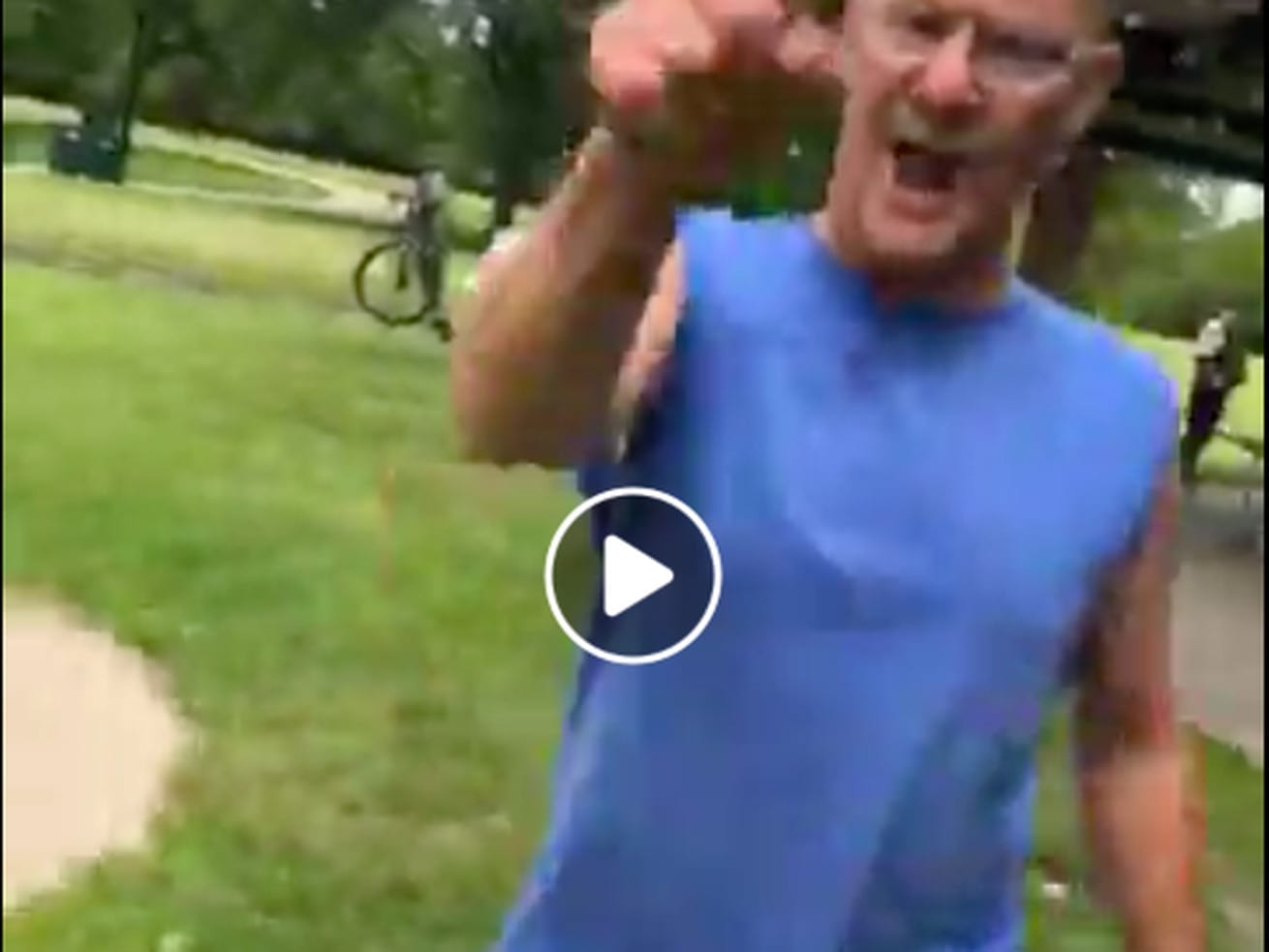 A cop shows up and does nothing.

A Puerto Rican woman who was in a picnic area at a Chicago park for a friend’s birthday was approached by an angry man, who began shouting in her face. He was mad about the shirt she was wearing. It had a Puerto Rican flag on it.

In a video that went viral this week, the unidentified man berates the woman, Mia Irizarry, for at least two minutes — all while a police officer standing nearby looks at them and does nothing. Irizarry filmed the incident, which happened last month, with her cell phone.

Their exchange is worth watching.

The man, who is visibly upset, tells Irizarry that Puerto Rico is not part of the United States.

“Why are you wearing that?” he yells.

“Because I can,” she responds. Then Irizarry turns to a police officer who showed up at the picnic area. “Officer, I am renting this area and he is harassing me about the shirt that I am wearing,” she tells the officer.

The officer, who is several feet away, does not respond. The man continues to berate Irizarry, then gets in her face.

“This is the United States of America, you are not renting this,” he says.

“I did rent this, I have a permit,” Irizarry responds. “Can you please step away from me, sir?”

He doesn’t step away. Instead, it starts to become clear why he is so upset.

“You’re not going to change us, you know that?” he says.

“I am not trying to change anyone, I am just trying to come here for a birthday party,” she responds.

“Then you should not be wearing that,” he shouts.

“Can you please get away from me?” Irizarry says, then once again turns to the police officer. “Officer, I feel highly uncomfortable, can you please grab him?”

The video shows the officer not only ignoring her request, but walking away toward his car, while the man continues to shout at her.

The video of the June 14 incident has since gone viral on social media, with more than 1 million views on Facebook. On Monday, Irizarry shared the video with Univision. Outrage over the officer’s response was soon directed at the police department of the Cook County parks system, called Forest Preserves.

The department said on Monday that the man, who remains unidentified, was arrested and that everyone is welcome at their parks. The department has placed the police officer on desk duty while they investigate how he handled the situation.

All people are welcome in the Forest Preserves of Cook County and no one should feel unsafe while visiting our preserves.

In her original Facebook post, Irizarry said that she had filed a complaint against the police officer.

“Still had friends come over and had a decent time,” she wrote.

The video prompted a flurry of angry responses on Facebook; even the governor of Puerto Rico chimed in:

Today a video surfaced of an undignified event in which a Puerto Rican woman was brutally harassed by a bigot while an officer did not interfere. I am appalled, shocked & disturbed by the officer’s behavior https://t.co/F9L4ewt1Ac @DavidBegnaud @ACLU

The incident is the latest display of racial tensions to go viral in recent months. In May, a man at a New York City restaurant was caught on camera yelling at staff for speaking Spanish. That same month, a white woman in Oakland called the police because a black family was grilling at a park, with the wrong type of grill.

The spat over the Puerto Rican flag — and the man’s comments about people trying to change America in particular — is the perfect reflection of the racial anxiety that President Trump has ignited since taking office.

What Brett Kavanaugh’s defenders get wrong about women’s anger
Read Trump’s incredible, disgraceful attacks on Democrats during Putin presser
There’s more to life than profit
Exclusive poll: Biden won the debate convincingly
The racist history behind the 10 US Army facilities named after Confederate leaders
There’s a surprisingly rich debate about how to define death