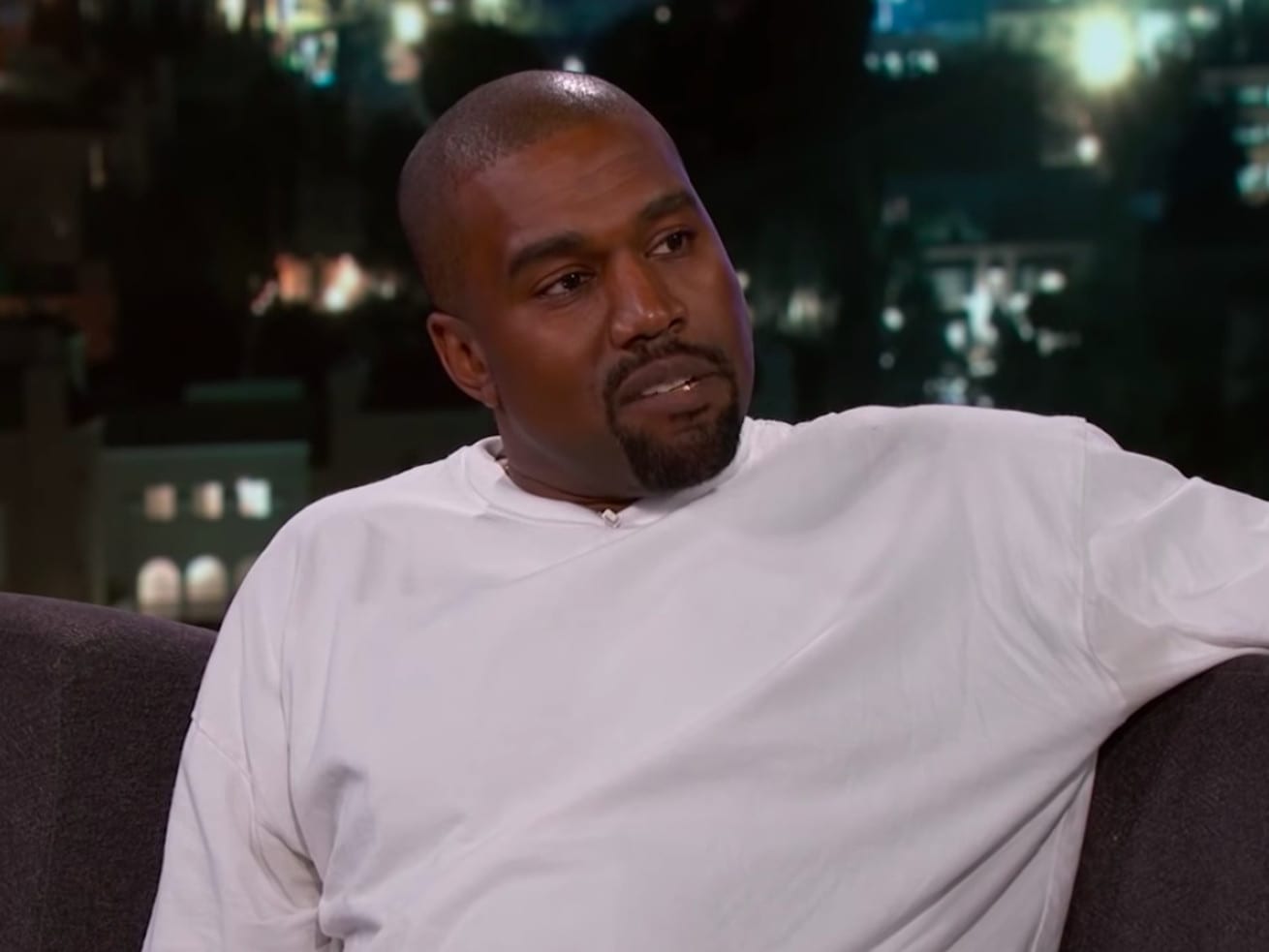 “You’ve said, ‘George Bush doesn’t care about black people.’ It makes me wonder: What makes you think that Donald Trump does?”

The most remarkable portion of the interview, however, came when the conversation turned to Donald Trump.

Earlier this year, West made waves by donning a MAGA hat and tweeting that though he doesn’t agree with everything that Trump does, “the mob can’t make me not love him. We are both dragon energy. He is my brother.”

You don’t have to agree with trump but the mob can’t make me not love him. We are both dragon energy. He is my brother. I love everyone. I don’t agree with everything anyone does. That’s what makes us individuals. And we have the right to independent thought.

The tweet — and several subsequent ones, not to mention a couple of controversy-stoking interview statements — inspired much speculation and analysis of West’s politics, but in the interview with Kimmel, West characterized his statements as being more about the personal than the political.

“It’s not about policies because I’m not a politician like that,” West told Kimmel, saying that it had taken him “a year and a half” to work up to wearing a MAGA hat. “It represented overcoming fear and doing what you felt no matter what anyone said, and saying, ‘You can’t bully me.’”

He added that he had felt pressured not to voice his opinions as an African-American artist. “Everyone around me tried to pick my candidate for me and then told me every time I said I liked Trump that I couldn’t say it out loud or my career would be over, I’d get kicked out [of] the black community, because blacks, we’re supposed to have a monolithic thought, we can only be Democrats.”

West brought up love and hate again on the show in relation to Trump, saying that “we can defuse this nuclear bomb of hate that we’re in as a society by thinking of everyone as our family.”

In response, Kimmel noted that Trump was tearing families apart through his policies, and that it wasn’t a matter of liking Trump’s personality or not. “You’ve so famously and so powerfully said, ‘George Bush doesn’t care about black people,’” he said to West. “It makes me wonder: What makes you think that Donald Trump does, or any people at all?”

Four seconds of silence ensued as West tried to come up with an answer, before Kimmel cut to commercial. The question did not come up again through the rest of the interview, which you can watch in full above.

A Supreme Court showdown over birth control got much messier Wednesday
Kanye West delivered a pro-Trump rant on SNL. The audience booed, but he earned Trump’s praise.
An extremely conservative judge just rejected an effort to disenfranchise 127,000 voters
Coronavirus primary delays mean some states could lose delegates at the Democratic National Conventi...
6 ballot measures that could change the criminal justice system
New conservative climate plans are neither conservative nor climate plans