Watch NASA launch the Parker Solar Probe toward the sun 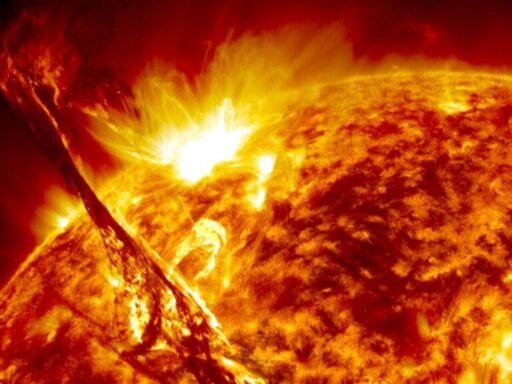 The Parker Solar Probe will try to solve a mystery of the sun’s super-hot corona. Live-stream the launch here.

If all goes according to plan, at 3:31 am ET Sunday (very early in the morning), NASA will launch the Parker Solar Probe in a mission to study the sun, our closest star. The seven-year mission is unprecedented: The probe will come within 4 million miles of the solar surface — the closest of any spacecraft — and take measurements of the sun’s mysteriously powerful atmosphere, called the corona.

If you’re awake — heck, maybe you’ve stayed up to watch the Perseid meteor shower — it should be worth it to watch the launch live. The probe will be aboard a United Launch Alliance Delta IV Heavy rocket, which is one of the largest rockets in the world. The launch should look extra cool cast against the dark skies above Cape Canaveral, Florida.

The Probe was originally scheduled to launch on Saturday, but the launch was scrubbed after an issue with the rocket’s helium system arose, Space.com reports.

If you do sleep through it, don’t worry: We’ll post a link to the replay here.

When you’re watching the launch, you might contemplate the amazing fact that it takes a more powerful rocket to get to the sun than it does to get to Pluto. That’s because “any object launched from Earth starts out traveling around the Sun at the same speed as Earth — about 18.5 miles per second — so an object has to travel incredibly quickly to counteract that momentum, change direction, and go near the Sun,” NASA explains.

After 24 orbits around the sun, the probe will be in position to make the closest-ever recordings of the sun’s corona. The corona is important to study because it is the source of solar flares and other forms of space weather that can disrupt our technology and even potentially break our electric grid.

Scientists currently do not know how exactly the corona gets so hot and energetic; nor can they accurately predict solar storms. So we need to go there to find out.

Trump’s attempts to corrupt the CDC, explained
2018 was the fourth-hottest year on record, NASA and NOAA report
Chief Justice Roberts could be an unexpected savior of public education in a religious schools case
Non-Americans have bet millions of dollars on the 2020 election
Lawyers can’t find the parents of 545 migrant children after separation by Trump
The fight to release the Snyder Cut of Justice League (which may not even exist), explained