Welcome to the May issue of Vox’s The Highlight 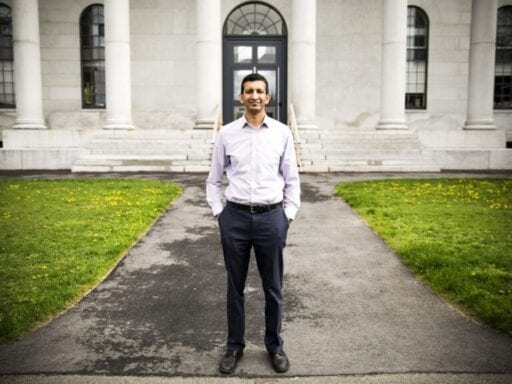 Raj Chetty and the rise of woke economics, life after going viral, and more.

Raj Chetty, an economist and professor, has a plan to radically change how we think about economics. And for him, it all starts with Econ 101 — oftentimes the only exposure students have to the field of economics — and the dominant school that ignores that free markets often fail. Chetty, who teaches intro course Econ 1152 at Harvard, focuses on empiricism and the idea of economics as a tool to fix social problems rather than the traditional emphasis on supply and demand. This month’s cover story explores how this course has the potential to shift the next generation’s approach to economics.

Also in this issue, Vox’s TV critic Emily VanDerWerff handpicks the 25 most influential TV episodes, without which we wouldn’t have today’s golden age of television. We also explore the history of electroconvulsion therapy with this personal story about the treatment’s success and how it is viewed with suspicion today.

Finally, we look at how social media continues to shape our world, starting with an interview with media studies Kate Eichhorn on how the internet prevents us from distancing ourselves from our past actions. We also check in with early 2000s internet phenomenon “David After Dentist” to see how going viral impacted his life in an era before kid influencers became the norm.

The radical plan to change how Harvard teaches economics

Raj Chetty has an idea for introducing students to econ that could transform the field — and society.

The 25 episodes that changed television

From a pregnancy on I Love Lucy to a beheading on Game of Thrones.

Electroconvulsive therapy can help people with severe depression. But it has a controversial past.

The end of forgetting

How social media makes it impossible to escape the past.

The kid from “David After Dentist” is headed to college

How air travel and health care got great for the wealthy and worse for everyone else
99 years ago today, one of America’s worst acts of racial violence took place in Tulsa
Trump vows “severe punishment” if Saudis killed Jamal Khashoggi
Taylor Swift on her victory against the man who groped her: “We have so much further to go”
Sharp Objects is reclaiming Southern Gothic tropes for rebellious girls
A philosopher makes the case against free speech