Welcome to the Star Wars zoo 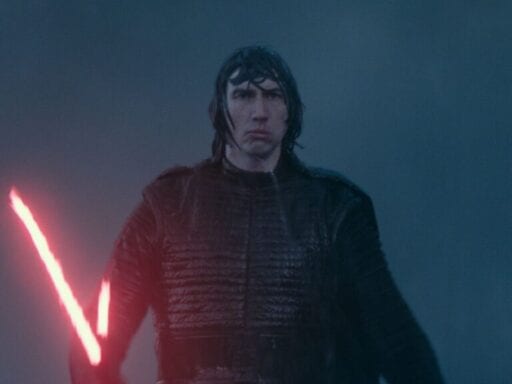 The Rise of Skywalker domesticates whatever wonders existed in this franchise and sticks them in a cage.

During a recent episode of the movie discussion podcast Blank Check with Griffin and David, the hosts revisited Jonathan Demme’s 1984 film Swing Shift.

Considered by many (including me) to be one of the great lost classics of American movie history, Swing Shift was originally conceived as a dramedy about American women working in a factory while American men went away to fight World War II. Built around Goldie Hawn, then one of the biggest stars in the world, and the up-and-coming Christine Lahti, a bootleg of the original director’s cut has floated around Hollywood for years, accompanied by whispers about how much better it is than what ultimately was released in theaters.

The film that was released in theaters replaced 30 minutes of the original cut with 30 minutes of new footage, designed to play up the romantic relationship between Hawn’s character and a young man played by Kurt Russell. Though it had been a B-plot in the original cut, the romance came to dominate the proceedings, making the film into more of a romantic comedy. I don’t hate the cut that was released — but it’s not a patch on the director’s cut, even in the shabby, hard-to-see version you’re likely to find in the less reputable corners of the film-loving world.

Early in the process of the reshoots that led to Swing Shift’s ultimately maligned theatrical cut, legendary comedy writer and director Elaine May was brought in to punch up the movie’s script and add more screwball comedy energy. She watched Demme’s original cut, then asked why on Earth she was being asked to rewrite it. Adding screwball comedy to the more delicate film Demme had assembled, she said, would ruin “the ecology of the movie.”

I have been thinking about that phrase — “the ecology of the movie” — ever since I heard Griffin Newman repeat May’s words in Blank Check‘s Swing Shift episode. The best movies are delicate ecosystems. Change one tiny thing here, and it might throw everything out of whack over there. Introduce elements that don’t work organically with everything else, and they become like invasive species, devouring or crowding out everything around them. Getting the ecology of a movie right is really, really tough — and it’s also what often separates a serviceable film from a great one.

Thinking about how easy it is to ruin a movie’s ecology is what made me realize why I hated Star Wars: The Rise of Skywalker as much as I did. That film’s ecology is destroyed early on, as it attempts to serve multiple masters — corporate, fan, and otherwise. It lurches from scene to scene without any finesse. It almost feels like a trip through several enclosed Star Wars habitats that offer a quick glimpse at some of your favorite characters and locations, while never finding a way to make those habitats share the same ecosystem.

I first had the “Star Wars zoo” thought during an extremely brief check-in with the Ewoks — the fuzzy little teddy bears from Return of the Jedi that served as the Star Wars fandom’s enemy number one for decades — during The Rise of Skywalker’s climax.

The film didn’t really need to check in with the Ewoks. But while doing so was far from its most egregious sin, the sequence — which revealed the Ewoks celebrating the ultimate victory of good over evil — didn’t have any real joy or verve to it. It felt, for all the world, like dropping by the moon of Endor for a couple of seconds to say hi to the local fauna. It felt obligatory in a way the best movies rarely do, like a parent obliging their child’s endless squealing about getting to see the monkeys before leaving the zoo. You might indulge the kid, but if it’s late enough in the day, you’ll do the most perfunctory swing imaginable through the primate house.

So it goes with The Rise of Skywalker, which feels like a checklist that director and co-writer J.J. Abrams is systematically working through. The movie doesn’t so much resolve conflicts as revisit them, and even when it does something vaguely surprising — like resurrect a beloved character for a brief dream sequence — it then buries whatever power the scene might have had by repeating it endlessly with other beloved dead characters.

Some critics have attributed the film’s flaws to fan service, to the idea that Abrams and the rest of The Rise of Skywalker’s creative team witnessed the hugely divisive reaction to 2017’s The Last Jedi and went out of their way to give Star Wars’ core fanbase everything they thought that fanbase wanted.

There’s evidence in the film to support this theory. Kelly Marie Tran’s character, Rose, became a target of fan backlash after The Last Jedi, mostly for reasons of racism and sexism; in The Rise of Skywalker, Rose is sidelined for no good reason.

And Abrams goes out of his way to put as many of the other characters as possible into the same storyline, presumably because The Last Jedi was criticized for splitting up Finn, Rey, and Poe. The result of this choice is that the story never finds a center; instead, it sets up and resolves plotlines almost instantaneously, because it has nowhere else to cut. Most of the film’s first two thirds are devoted to scenes where Rey finds another piece of information, only for Kylo Ren to pursue her and goad her into a fight.

But I’m not convinced that fan service is entirely to blame for The Rise of Skywalker’s shoddy storytelling. Increasingly, major franchise films have the vaguely desperate air of trying to figure out exactly which elements of earlier installments the fans liked best, the better to ensure those fans enjoy the newest one. This is true even of franchises where the fans don’t seem particularly disgruntled, as with the Marvel Cinematic Universe, where the biggest risks still feel focus-grouped.

Blockbusters are no longer developed; they’re reverse-engineered from previous successes. The most famous advice in Hollywood history might be screenwriter William Goldman’s maxim that “Nobody knows anything,” but the modern franchise machine sure likes to imagine that it can solve for X because it knows what worked for previous movies.

Does this system ever yield good movies? Sure. Plenty of them. One benefit of the reverse-engineered blockbuster is that it’s rare for a truly terrible one to make it to the screen (most fall somewhere between pleasantly mediocre and pretty okay). But it’s also rare for a blockbuster to be genuinely great (though it does happen, as with films like Black Panther and The Last Jedi). The majority of blockbusters are defined less by what they try to say and more by what they try to give you, which is exactly what they think you want: a smorgasbord of the things you loved from earlier movies sandwiched tightly together in the same place, so you can gawk at them for a few moments, then move on to the next exhibit.

It’s possible there’s some generosity behind that giving, but it’s hard to see past the cages that hold back anything remotely interesting. At one time, the creatures and story beats and scenes in the Star Wars zoo were interesting because they felt fresh and new. Maybe you didn’t like what was on offer or maybe you loved it, but you were forced to grapple with it. Now, the creatures and the story beats have been domesticated, and they dutifully trot out for regular feedings on Disney’s schedule.

The well-balanced ecosystem that once existed might be dead, but it doesn’t matter. All of the things you loved are right here, in vague approximations of their original habitats. Isn’t this better?