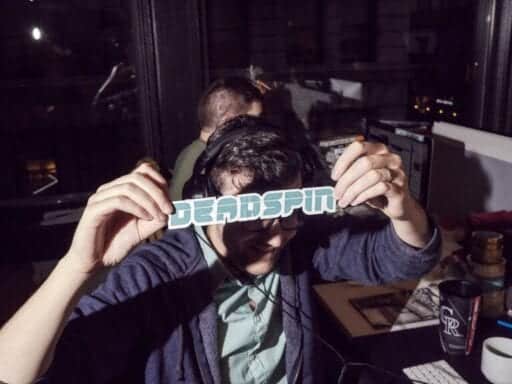 Share
Loading...
An employee at Deadspin’s office in New York before the company was sold to a venture capitalist. | John Taggart/The Washington Post via Getty Im

The move realized every worker’s fantasy.

One by one, Deadspin staff writers announced their resignations on Twitter on Wednesday.

Just now I resigned my position at Deadspin today along with many of my colleagues. I have been here only five months but they have been some of the best of my career and I will miss it deeply.

I just quit, too. Deadspin was a good website.

By the end of the day, at least 10 writers had quit their jobs — a sign of protest and solidarity with their interim editor-in-chief, Barry Petchesky, who defied a mandate from the company’s new owners to “stick to sports.”

The collective quitting stunned other journalists on social media and surfaced the deep tension between writers at the sports-focused news site and the new owners of its parent company, G/O Media. Univision sold the unit to a private equity firm in April, which then appointed former Forbes.com CEO Jim Spanfeller as its new chief executive.

Deadspin staff and other employees at G/O Media have had a lot of complaints about Spanfeller. They’ve accused him of handing out top editorial positions to his underqualified buddies, without promoting any women or people of color who would have been next in line for some of the spots.

They’ve also complained of the new leadership’s repeated interference with their writing, which is known for its irreverent, stick-it-to-the-man take on sports, culture, and politics. (Several former Deadspin staffers did not respond to Vox’s request for comment. G/O’s editorial director recently told the New York Times that the company is simply moving in a new direction, and some employees don’t like that.)

That’s why things didn’t go over well Monday when the new editorial director demanded that its writers focus strictly on sports, then fired Petchesky, who has been with the company for more than 13 years, for refusing to follow the mandate. That’s when the resignations began to trickle in.

It was striking to watch this unfold, especially at such a turbulent time for the digital news media. Every other day there seems to be a headline announcing another round of media layoffs. Yet here was a group of journalists that decided they would choose when to leave and how to go.

Yes, part of the mass exodus stems from unhappiness with G/O’s culture and a desire to speak out against corporate overlords. But it also reflects how powerful union organizing in digital media has created an opening for workers to rethink what they are settling for and how to take matters in their own hands. It’s also the dramatic realization of a powerful fantasy.

Walking off the job is a powerful idea

At some point or another, everyone has fantasized about doing what Deadspin writers just did: channelling their pent-up frustration and anger on the job into a dramatic exit.

It’s often just that — a fantasy. Few people can afford to lose their income without another job lined up. But every once in a while, managers push their employees past their breaking point.

In February, the entire staff at a Sonic restaurant in Circleville, Ohio, quit over a dispute with the new owners. They left a note (with some expletives) on the door for customers. “Warning: Due to terrible management, the whole store has quit,” the letter began.

The entire workforce at the Sonic in Circleville, Ohio just quit en masse to protest their new management and workers least two other Sonics in the area did the same. Check out the lovely note the Circleville workers left. pic.twitter.com/onSNUMImMb

In September, all 26 employees of a gastropub in New York quit at the same time over a number of long-running disputes. They left behind a message that read, “Do Better. Please,” on the chalkboard.

Workers were willing to put up with a lot during the Great Recession that began a decade ago. But the US is now experiencing the longest economic expansion in US history, and rank-and-file employees are increasingly upset that they are not reaping much of the benefits.

In fact, about 60 percent of US workers polled earlier this year said they are unsatisfied with their jobs.

All of this together is pushing workers over the edge, leading them to unionize, strike, and temporarily walk off the job. But the more extreme act of quitting is no longer such a far-fetched fantasy.

Workers have more power than they imagine

It’s hard to overstate how much leverage workers have right now. For the first time in decades, workers in many industries have a lot of collective power compared to the average CEO, and the Deadspin exodus is just one example of that shifting dynamic.

The simple reason behind this is that the US is experiencing a big labor shortage. For the first time on record, there are more jobs available than there are people looking for work — across industries.

And workers in all industries are fed up too. They are fed up with meager pay raises and tired of companies trying to slash benefits to suck up every penny in possible profit. That’s why nearly 50,000 workers at General Motors went on strike for six weeks, willing to take a financial hit to make a point. That’s why Uber drivers, grocery store workers, and hotel housekeepers have gone on strike too in the past year. In 2018, a record number of employees were involved in work stoppages — the highest number since the 1980s.

Online media is no stranger to this unease. Journalists have grown weary of constant industry layoffs and unlivable salaries in expensive cities. The very public unionization process at Gawker in 2015 sparked a movement in digital media. Staffers at sites including Vice, ThinkProgress, HuffPost, Thrillist, Mic, and the Intercept soon unionized, too.

Even here at Vox Media, in early June, more than 300 employees participated in a one-day work stoppage. (Disclosure: I am a member of Vox Media Union, which is represented by the Writers Guild of America, East.) A few weeks later, dozens of journalists at BuzzFeed walked off the job out of frustration.

“In total, the number of unionized workers in internet publishing has risen 20-fold since 2010,” according to a report in the Harvard Business Review. It’s an astonishing increase, and for the most part, companies quickly recognized their employees’ unions.

But this shifting labor dynamic goes further than just strikes and unions. More workers are quitting their jobs altogether.

In July, a record 3.7 million workers quit their jobs — the highest number ever recorded in a single month (check out the red line in the graph below). Meanwhile, layoffs and firings remain at record-low levels.

In fact, workers are far more likely to quit their jobs than get fired these days. The data isn’t broken down by industry sectors, so it’s impossible to know how many journalists are quitting or getting fired. But looking at employment projections for the next decade explains a lot. While the number of jobs in traditional broadcasting and print news media are projected to decline, the number of jobs in digital media is expected to grow substantially. That’s because online content is in high demand.

Jobs for online writers and editors are expected to grow by 28 percent between 2018 and 2028, according to the Bureau of Labor Statistics. That’s a huge increase compared to the 6 percent job growth expected for the entire US economy. Employment in the broader media and communication field is expected to grow 4 percent more jobs during that time, about 27,600 new positions.

“Demand for media and communication occupations is expected to arise from the need to create, edit, translate, and disseminate information through a variety of different platforms,” according to economists at the Department of Labor.

So, in other words, the Deadspin staff took a huge risk in walking out with no other work lined up. But their chance of finding another media job is high right now. Granted, it might not be their dream job, but it’s still a job.

In a way, the Deadspin resignations bring the labor movement full circle. After all, it was Deadspin’s sister site, Gawker, that set off the movement to unionize in digital media. Now writers are demanding more than better pay and benefits. They want more control over their work. In quitting, Deadspin employees took control. Maybe more workers will do the same.

New surveillance AI can tell schools where students are and where they’ve been
Postmaster general hits pause on USPS changes until after election amid public outcry
Walmart’s e-commerce chief is leaving to build ‘a city of the future’
6 feet away isn’t enough. Covid-19 risk involves other dimensions, too.
A “new” Amazon waffle maker came with an old crusty-looking waffle already in it
Philanthropy is undergoing a massive backlash. A new book argues it’s gone too far.