What we know about the suspicious packages sent to the Clintons, Obamas, and CNN 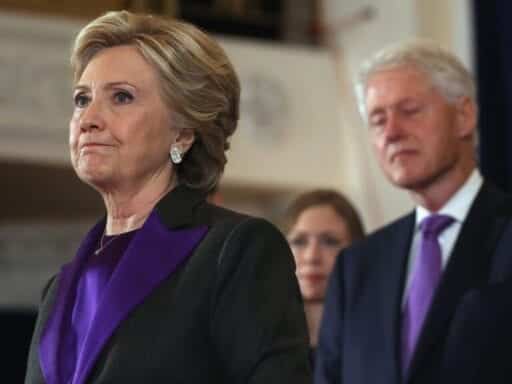 Suspicious packages were found in the mail of prominent Democrats and donors.

On Monday, an explosive device was found in a mailbox at Soros’s home in Westchester, New York. Two days later, police and Secret Service agents found several more packages likely containing pipe bombs, including one at the Washington, DC, office of Obama and another near the home of Bill and Hillary Clinton in Chappaqua, New York.

CNN was evacuated Wednesday morning after a suspicious package containing what appeared to be a pipe bomb was sent to its Manhattan offices, according to federal and local law enforcement officials. The package was addressed to John Brennan, the CIA director under Obama.

Another suspicious package arrived at the Florida office of US Rep. Debbie Wasserman Schultz (D-FL), the former chair of the Democratic National Committee. According to the FBI, the package was intended for Eric Holder, the former Attorney General under Obama, but was misaddressed.

The FBI said these packages shared similarities. They were all sent in yellow manila envelopes lined with bubble wrap, included six “Forever” stamps, and listed the same return address of Schultz in Florida, though her name was misspelled.

Rep. Maxine Waters (D-CA) said in a statement Wednesday that a suspicious package sent to her Washington, DC, office had been referred to the FBI. The FBI has not confirmed any connection, but said it was possible additional packages were mailed.

It’s still not clear what the connection is among these incidents — though the similarities in the packaging suggest they are related. Here’s what we know so far.

Here is the full statement from the U.S. Secret Service about the potential explosive devices sent to Clinton/Obama via @ElizLanders pic.twitter.com/EJHp65dQQK

NBC News Exclusive: Below is a photo of one of the suspicious devices intercepted by law enforcement and obtained by NBC News: pic.twitter.com/sB9D8dhhaW

NEW: statement from ⁦@PressSec⁩ on suspicious packages sent to Obama and Clinton pic.twitter.com/3OB4StwmUH

MORE: “Additionally, there was an envelope containing white powder that was discovered as part of that original packaging,” NYPD Commissioner James O’Neill says of suspicious package sent to Time Warner Center https://t.co/KgAu4w874O pic.twitter.com/5KNDF2LB5o

The earlier suspicious package at Governor Cuomo’s office in midtown has been cleared by NYPD personnel. It was unrelated. And there was no device of any kind

Statement on the FBI’s Investigation of Suspicious Packages https://t.co/wwXDpyNt3A pic.twitter.com/rXu1wBAQHj

Senators urge Trump to use Defense Production Act to make more Covid-19 tests
Americans are sewing homemade masks to fight coronavirus
What we can learn from the New Deal’s arts projects
Uber and Lyft have admitted to making traffic worse in some US cities
CRISPR has ignited a gene-editing revolution. These Nobel-winning women scientists were the spark.
How to watch Friday’s Democratic debate in New Hampshire